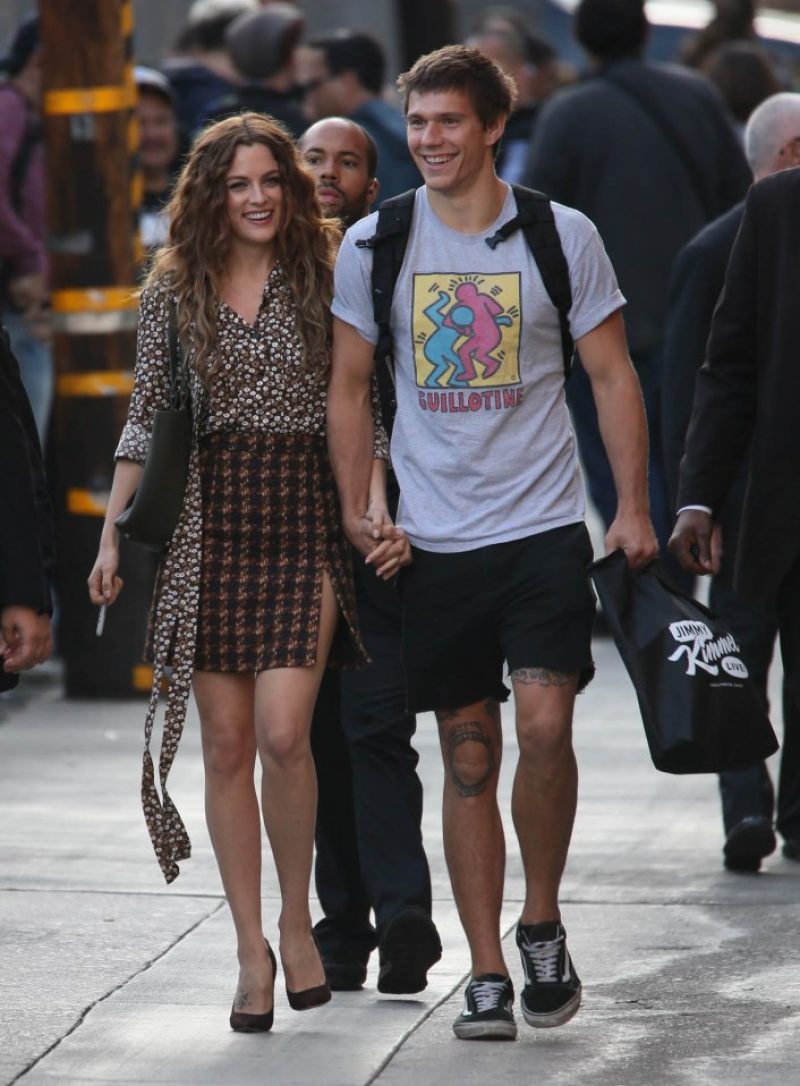 AT Lisa Marie Presley’s memorial service on Sunday, January 22, 2023, Ben Smith-Petersen revealed that he and his wife welcomed a child.

Smith-Petersen has been married to Riley Keough for nearly eight years.

Smith-Petersen is an Australian stuntman who grew up in Byron Bay, New South Wales, Australia.

According to People, he has worked on movies such as Suicide Squad and Hunger Games: Catching Fire.

He married Keough — the daughter of the late Lisa Marie Presley and entertainer Danny Keough— in 2015.

Riley Keough is the granddaughter of the late superstar, Elvis Presley.

In addition to his stuntman career, Smith-Petersen is an actor who was featured in the 2014 film Spark and Light.

As per IMDb, his wife was also in the film and portrayed the character Elizabeth, while Smith-Petersen played “Tow truck driver.”

According to Deadline, Smith-Petersen is also part of the lead cast of the indie horror movie The Dead Thing, which was filmed in Los Angeles, California.

As his wife revealed, the skilled stuntman also has a black belt in Brazilian jiu-jitsu.

On April 17, 2021, Keough posted a photo of her husband on Instagram, along with the caption:

She ended the caption with two red heart emojis, a tada celebration emoji, and a sob emoji.

How long have Keough and Smith-Petersen been together?

According to People, the couple met in 2012 while working on Mad Max: Fury Road. However, they did not start a romantic relationship until 2013.

People also reported that the pair shared their engagement news in 2014 via a Facebook post on Smith-Petersen’s page.

Their wedding took place on February 4, 2015, in Napa Valley, California.

However, a few weeks prior, they tied the knot in Nepal.

Do Keough and Smith-Petersen have children?

As People reported, on Sunday, January 22, 2023, while giving a speech at Lisa Marie Presley’s memorial service, Smith- Petersen shared that he and Keough welcomed a daughter.

A representative told People that the baby girl was born in 2022.

At the time of publication, the baby’s name and exact birthdate have not been revealed.

The memorial service took place at the Graceland estate in Memphis, Tennessee.