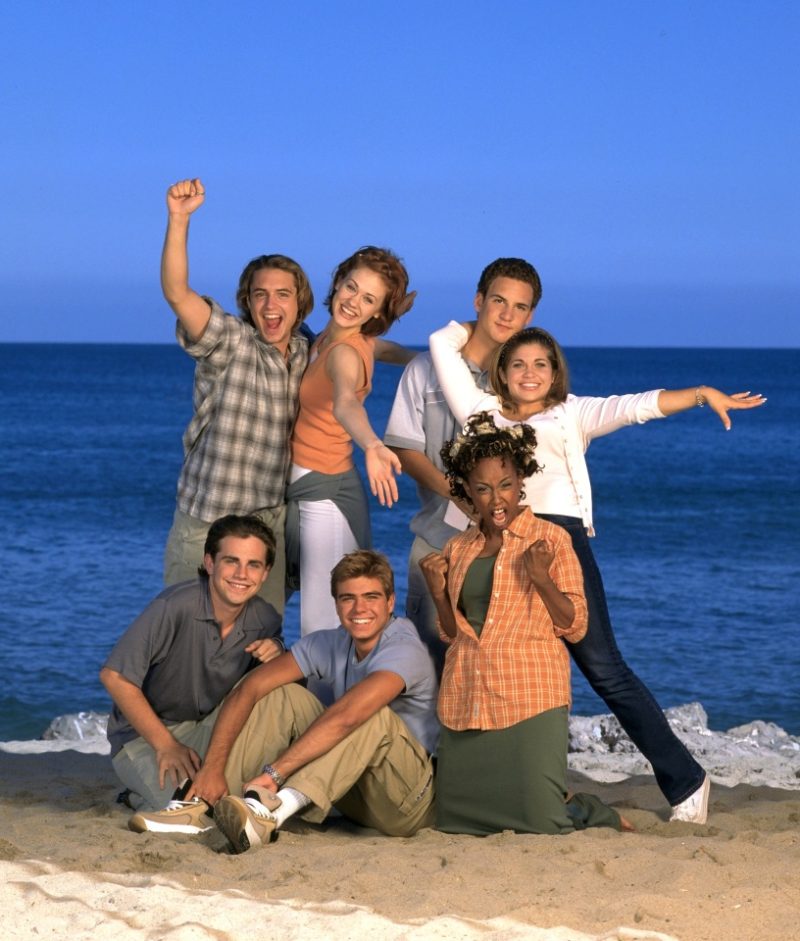 THIRTY years ago, a boy met the world.

Since then, the cast of Boy Meets World have grown up, and for many out of their shells – and their clothes.

The show, which was part of the classic T.G.I.F. block from September 1993 to May 2000 has recently been rediscovered by many thanks to the popular Pod Meet World podcast.

Danielle, Rider and Will Friedle, who played Cory’s older brother, all reunited to rewatch and discuss every episode.

But what has the cast been up to since the series ended? Take a look through this gallery of its stars.

The younger brother of The Wonder Years star Fred Savage, Ben, 42, went to Stanford University and earned a bachelor’s degree in political science after his time on Boy Meets World.

He guest-starred on series like Bones and Without a Trace before reprising his role of Cory on Girl Meets World, which followed the adolescence of his and Topanga’s daughter.

Last year, he tried putting his political science degree to work, as he ran for the West Hollywood City Council,

“I am running for City Council because there are serious challenges ahead and West Hollywood deserves sensible, honest and strong leadership to face them,” he shared on his campaign website.

GettyBen with his older brother, and director, Fred in 2000[/caption]

But Ben was not one of the top three vote-getters who secured a seat on the council.

While he might not have a seat in office yet, he has not given up hopes of being elected.

In January, it was reported by Fox11 that Ben plans on running for Congress in 2024 as a Democratic candidate for California’s 30th House District.

The seat is currently occupied by Democrat Adam Schiff.

After Boy Meets World, Danielle, 41, starred in a few other projects and hosted The Dish for the Style Network from August 2008 to March 2011.

Today, Fishel has done some directing of Disney Channel shows like Sydney to the Max and Raven’s Home.

She, too, reprised her Boy Meets World role on the spinoff series.

In September, 2021, the actress welcomed her second child with her husband, Jensen Karp. They named him Keaton, after his grandfather

His younger brother, Adler arrived four weeks earlier than expected in 2019, after fluid was discovered in his lungs.

The youngster had to spend three weeks in the neonatal intensive care unit.

Rider, 43, was considered the TV heartthrob of the show.

But he had trouble finding additional jobs after he claims Hollywood found him hard to deal with.

In an interview with Vice in 2019, the former actor admitted that he wanted to be considered a serious professional on set and gave the people behind the scenes a hard time about it.

“There was definitely a period where I thought I was way cooler than ‘Boy Meets World,’” he told Vice.

He joined Will Friedle on his voiceover journey on the show Kim Possible, as well as the 2005 movie Kim Possible: So The Drama.

Ryder married actress Alexandria Barreto (Mayans M.C.) in 2013, after being engaged for only ten months.

They met while filming the 2006 TV series, Pepper Dennis.

Rider and Shawn have one child together, a son named Indigo “Indy” Barreto Strong, who was born in December 2014.

Will, 46, has done mostly voice work instead of on-camera work since he was on the ABC series.

He was the voice of Batman on Batman Beyond and Ron Stoppable on Disney Channel’s Kim Possible.

His more recent voiceover work included Bumblebee in the Transformers franchise, and Star Lord on Guardians of the Galaxy.

He also appeared on Girl Meets World and reprised his role as Eric.

Before William, 95, played the voice of reason and wisdom on the show, he had a successful career.

Most notably, he starred as Mark Craig in the drama series St. Elsewhere, for which he won two Primetime Emmy Awards.

He was also the voice of KITT in the television series Knight Rider, and Benjamin Braddock’s father in The Graduate.

William is married to St. Elsewhere co-star Bonnie Bartlett Daniels, who recently revealed in her autobiography her husband pushed for an open marriage at the start.

“I guess it was a little bit of an open marriage at first, but that was very painful,” she told Fox News Digital while promoting her new memoir Middle of the Rainbow.

“That didn’t work well. And it was a time when people were doing that. It was at a time in New York when there was a lot of sex and a lot of people doing all kinds of things, you know – very free.”

Matthew, 42, met Dancing with the Stars professional Cheryl Burke in 2006 when his brother, Joey, appeared on the show.

The two married in 2019 but after three years, decided to call it quits, citing irreconcilable differences.

Cheryl later opened up in an interview on Tamron Hall, saying she and Lawrence had tried to make their marriage work before filing for divorce, including couple’s therapy.

“I’m a huge advocate for therapy,” she told Hall. “I truly believe in it. Matt and I, we definitely, we were in couple’s therapy, even before our marriage. I think people associate therapy with like, ‘Oh my god, there’s a problem.’”

Perhaps the most surprising post-show life belongs to Maitland Ward, who swapped the glitz and glamor of Hollywood for an X-rated career in pornography.

But, she decided to switch careers in 2019 and is now starring in adult film shoots – some of which are up to 12 hours long.

She told The Sun that she switched to the adult entertainment industry when casting directors in Hollywood apparently said she was “too old to be sexy.”

But not all of her famous former co-stars supported her career move.

Maitland accused Danielle of ostracizing her and other female castmates during the show’s reboot.

In her book, Maitland highlighted her interaction with Danielle at a reunion with the entire Boy Meets World cast, where the star seemingly ignored her former co-star.

“Danielle didn’t speak to me at all, which I thought was odd. She barely acknowledged that I was even there. I hadn’t seen her since my wedding, but we hadn’t had any ill feelings or bad blood,” the ex-TV star wrote.

Maitland theorized that Danielle’s behavior might have been mainly directed at her female colleagues.

She claimed that the Disney star wasn’t eager to share the screen with the other leading ladies on the Girl Meets World spin-off.

“I don’t know if this is true, but there were whispers she didn’t want any of the past female cast members to share the screen with her,” Maitland said.