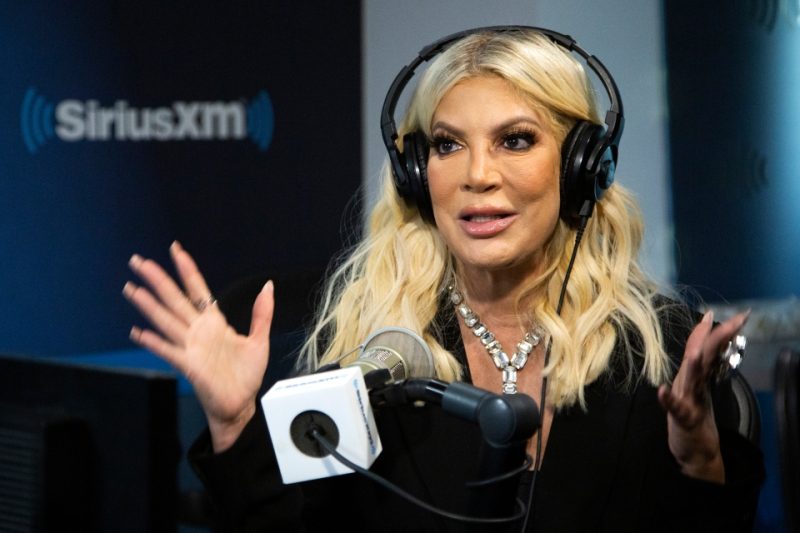 TORI Spelling has confessed to dropping about $400 on Denise Richards’ OnlyFans account.

The Beverly Hills, 90210 actress revealed how she spent her income during an interview with Flipping Out star Jeff Lewis.

During Jeff’s Sirius XM radio show, Tori, 49, admitted she “looked at” Denise‘s adult page and “subscribed under a fake name.”

The Scream 2 star gushed over the photos of the Real Housewives of Beverly Hills alum and added: “Love what I’m seeing. Would love to see more.

Jeff asked: “Was that all spent on Denise?”

Tori shared that she continued tipping the Starship Troopers actress, but she did not “want her to know it was me on the DMs.”

In a recent report, The U.S. Sun exclusively revealed that the Stori Telling author has been hit with a number of states and federal tax liens totaling $1,308,442.

Amid her financial troubles, Tori has suffered numerous failed business attempts and unsuccessful projects in film/television.

After her children’s clothing line, Little Maven, launched in 2009, the company that partnered with Tori for the line filed for bankruptcy in 2011.

In 2011, she opened an antique store called InvenTORI in Sherman Oaks, California.

The store lasted three years before going out of business in 2014.

The TV star launched her YouTube channel, Tori Tried and True, in 2019.

After posting family videos from cooking to skincare routines, Tori stopped uploading content to the channel in 2020.

Although she reunited with her castmates for the Beverly Hills, 90210 revival, the reboot BH90210 on FOX was not renewed for a second season.

Tori shares her five children with her husband Dean McDermott.

The couple endured divorce rumors since last year, as she was spotted without her wedding ring and rarely seen with her husband.

But they appeared to have reconciled, as the pair posted together for the first time in months in August 2022.

Since then, they have been active on each other’s social media pages.

The duo even appeared together in a family Christmas card with their children.

Beau had a cannula – a tube inserted into the body for the delivery or removal of fluid – taped to his hand.

She revealed her son Liam was also in the hospital because a “viral infection triggered severe migraine and neck pain.”

GettyTori pictured with her Beverly Hills, 90210 co-star Jennie Garth in the BH90210 reboot[/caption]