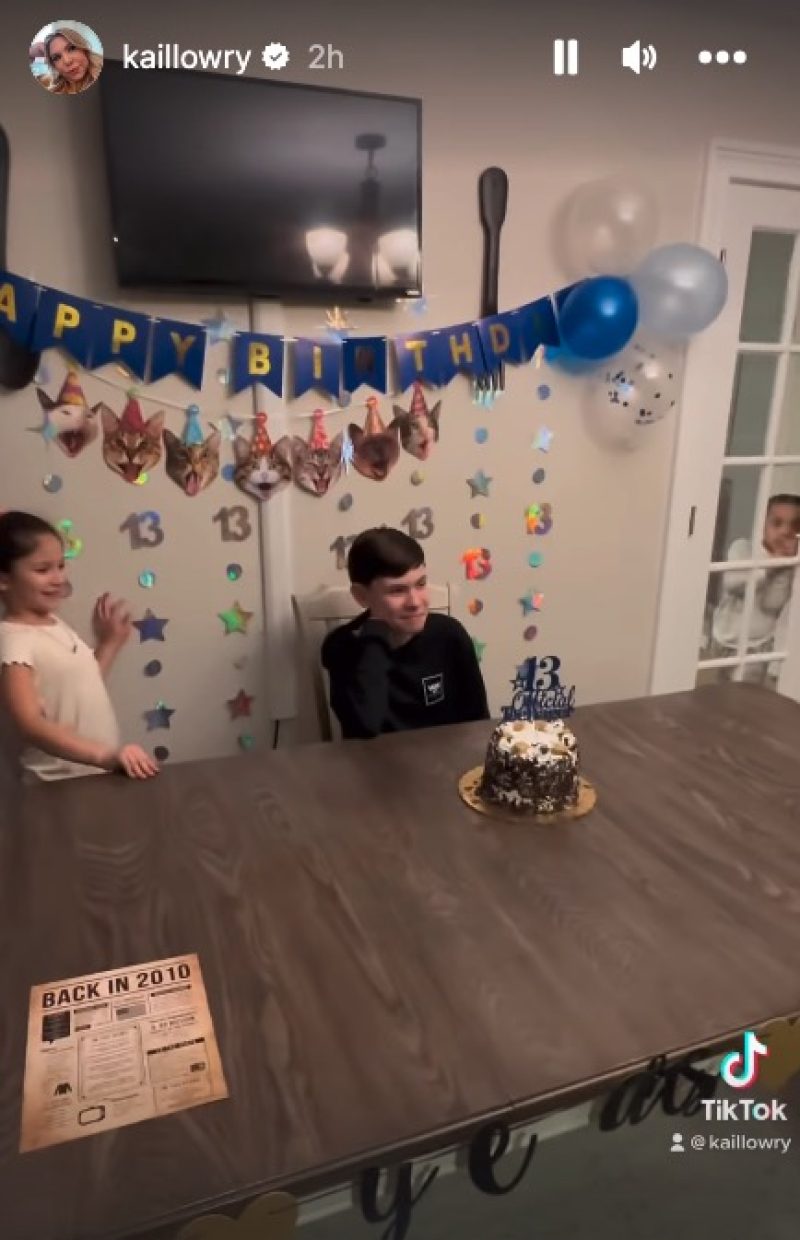 The party, held for the Teen Mom alum’s eldest son, featured an appearance from a reclusive star.

Kailyn, 30, posted to TikTok on Wednesday to reveal that she had a second celebration for Isaac, who turned 13 January 18.

The video showed the teen sitting in front of a huge chocolate birthday cake while the room was decorated with happy birthday bunting and blue balloons.

The small party was held at Isaac’s dad Jo Rivera’s house, where he lives with his wife Vee.

Jo stays out of the spotlight these days, but made a rare appearance for Kailyn’s video.

The MTV personality showed the proud father watching Isaac prepare to blow out his candles.

“Y’all should have heard Jo singing his a** off,” she wrote over the video.

Jo then came over to Isaac and wrapped his arms around him lovingly.

Isaac’s grandma Janet Rivera and his step mom Vee also came to give the birthday boy a hug.

Vee and Kailyn get on so well they even host a podcast together, Baby Mamas No Dramas.

Jo and Vee live close to Kailyn in Delaware, but Kailyn held a more elaborate main birthday celebration at her house for Isaac’s big day

The mom-of-four pulled out all the stops as she became a parent to a teenager for the first time.

She shared a video to Instagram to show her elaborate birthday decorations including an arch of blue balloons, a gold happy birthday sign, and a massive number 13.

Kailyn even pulled in a throne for Isaac, where he sat and opened his presents, including a brand new iPhone

She also ordered a large blue and silver cake decorated with blue icing and macaroons.

The proud mom filmed Isaac’s reaction as he opened his gifts while sitting on his throne.

Isaac was thankful to both of his parents for giving him such a great 13th birthday.

He posted a heartfelt message on his personal Instagram account, writing: “Thank you, to my parents for everything. For the care, for the love, and just being in my life in the first place.

“I love you so much, I wouldn’t be here without you. Even through the hard times, you’ve been there.”

As well as Isaac, Kailyn is also a mom to Lincoln, nine, with her ex-husband Javi Marroquin, and two-year-old Creed and five-year-old Lux with her ex-boyfriend Chris Lopez.

Many fans believe she has also secretly welcomed a fifth child with her neighbor Elijah Scott, although Kailyn is yet to confirm these rumors.

Kailyn Lowry/InstagramShe is also a mom to Lincoln, Creed and Lux[/caption] 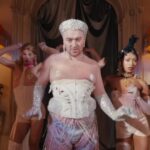 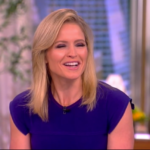