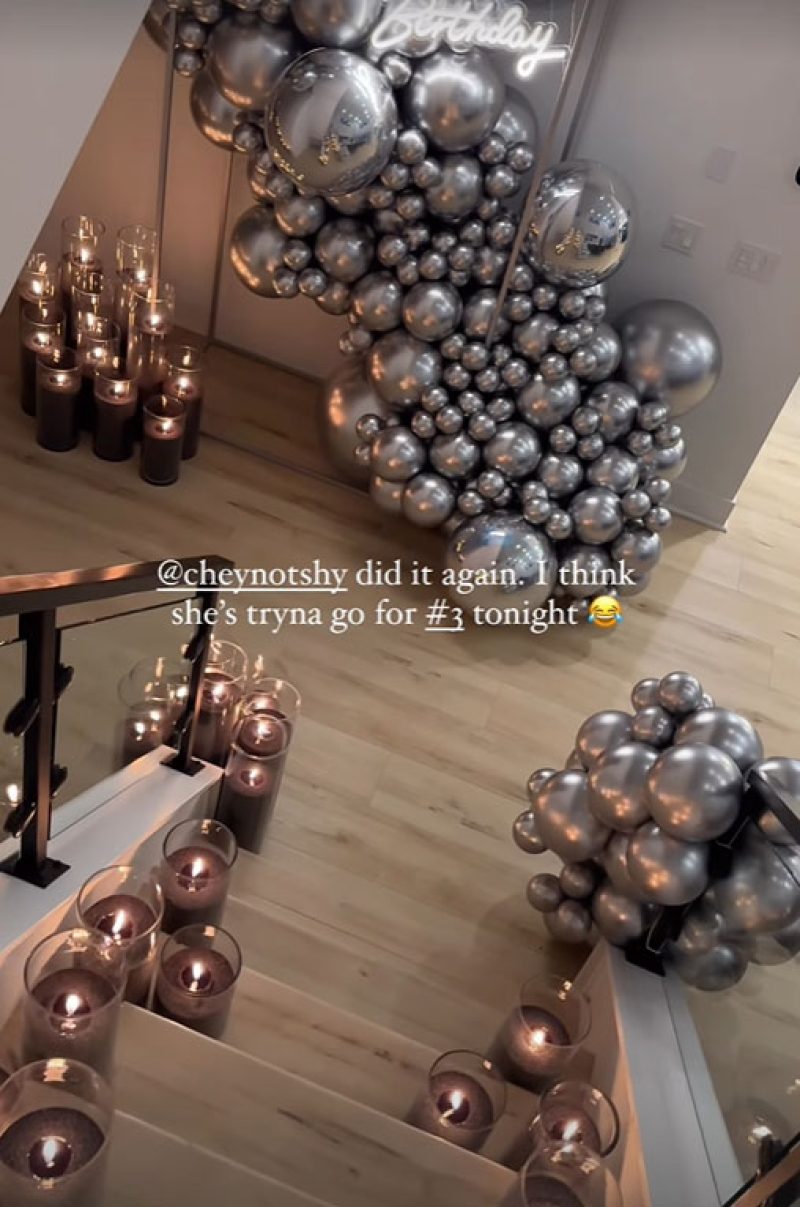 CHEYENNE Floyd has been roasted by fans after she threw a lavish birthday celebration for her husband Zach Davis.

Some followers of the recently married Teen Mom star think she went overboard with the party at their $2million home.

Cheyenne, 30, and her friends posted several videos to their Instagram Stories showing the luxurious party held for Zach’s 32nd birthday.

The couple’s $2million Los Angeles mansion was decorated with dozens of matching grey candles in glass vases and hundreds of silver balloons.

Kylie Jenner’s friend Yris Palmer was a guest to the party and shared a video complimenting Cheyenne on the decor.

The party was professionally catered, with salmon, crabs’ legs, meats and cheeses plated up in the kitchen.

A professional bartender meanwhile served three choices of cocktails, including a mango margarita.

At one point, the bartender held up sparklers while Zach did a birthday shot with a candle attached to the glass.

Cheyenne also pulled in a photographer to snap photos of them hugging and kissing below a huge neon happy birthday sign.

The mom-of-two wore a metallic pink floral print dress while the birthday boy dressed in a black and white print Cuban shirt and white joggers.

But not all of Cheyenne’s followers enjoyed seeing the no-holes-bared party on their feed.

“Chey, you’re not a Kardashian. Tone it down a little,” snarked one on social media.

Another wrote: “Spending this much money on a day is just absurd to me.”

“The balloons seem excessive,” chimed in a third.

It’s not the first time that the MTV star has been slammed for flaunting her wealth.

Fans have roasted Cheyenne for showing off her designer closest and dressing her children in equally pricey outfits.

The LA native has a penchant for Burberry and the whole family has flashed the brand’s signature check on many occasions.

Fans have also criticized Cheyenne for her over-the-top parties in the past, including her elaborate bash for her son Ace’s first birthday in May.

Cheyenne and Zach moved into their new LA home in November and have been eager to show off the luxurious digs with their combined total of nearly two million Instagram followers.

They live there with Ace, one, and Ryder, five, whom Cheyenne shares with her ex Cory Wharton.