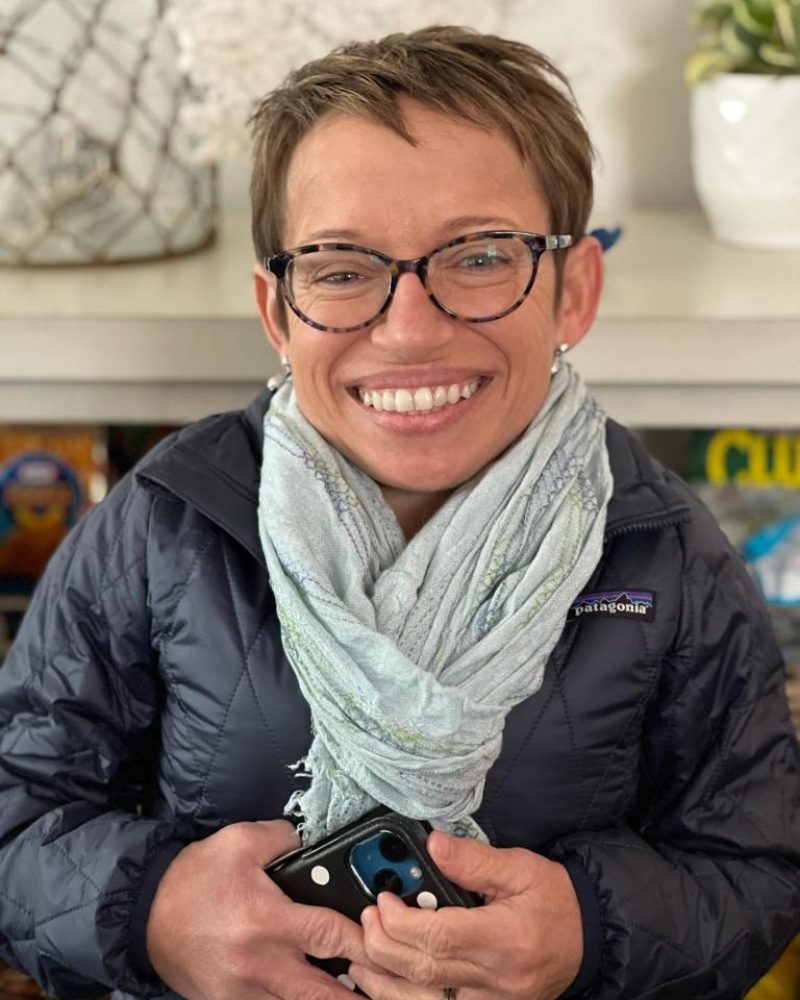 LITTLE Couple’s Jen Arnold has announced a major career update regarding “something she’s never done before” after the TLC show’s cancelation.

The reality TV star opened up about what’s next after Little Couple during a recent Instagram Live video post.

Dr. Jen Arnold pictured with her husband Bill Klein and their children Will and Zoey

Jen, 48, captioned the post, “So, I went live to say hi and share the exciting news of our new #podcast premiering this Tuesday! I’m excited to host and bring experts in #pediatrics to help you (and me) raise healthy kids.

She continued: “Hope you’ll tune in to Boston Children’s Answers: Kids Health wherever you get your podcasts. @bostonchildrens“

In the video, the ex-TLC star explained: “Just wanted to reach out and let everybody know how excited I am about a new venture that I’m about to do.”

“I hope that if you have kids or you know someone with kids or you’re just a kid at heart myself that maybe you’ll want to tune in.”

Jen revealed that “just as the host,” she has learned so much about how to care for her two children Will and Zoey whom she shares with her husband, Bill Klein, 48.

The podcast will cover topics such as injury prevention, sports medicine, electronic screen time, and tasks like finding the right pediatrician.

In closing, the 48-year-old admitted: “I’m super excited. It’s my first time doing a podcast so you can tell me how we do.”

“But I’m hoping, more importantly, that it helps all of us parents provide the best care that we can for our kids.”

During the same Instagram Live session, Jen left Little Couple fans in shock after sharing an update on the TLC show’s fate.

Jen chatted with fans in the video, addressing “those of you that haven’t seen us in a while,” adding that it is “because we are no longer on the Little Couple.”

As previously mentioned, the doctor then provided details about her “new podcast,” urging fans to give it a shot.

She teased what’s to come on the show, saying: “We have experts from across the institution talking about those topics that help all of us as parents.”

Jen revealed that she has “learned so much” from the show already and believes fans will too.

Jen teased her podcast back in November 2022 when she shared a clip of herself sitting in front of a microphone.

In the caption, she wrote: “I’m excited to share that I am working on a new podcast with Boston Children’s [Hospital] to help parents, kids, & families learn more about how to stay healthy!”

“We will launch after the New Year so please share with me what pediatric health topics you’d like to hear about,” she added.

In the video, the former reality star appeared to be in the middle of recording.

She was heard saying: “… and welcome to today’s episode of Boston Children’s answers… kids health.”

Others simply praised her new gig.

“Congrats friend! So happy and excited for you!” one person said, as the TV star responded, “Thank you so much!”

Another added: “Congratulations!” while a third chimed in, “Best idea ever. Our children should always come first.”

However, one follower asked: “Is your show ever coming back to TLC?”

The Little Couple has been off the air since 2019 and fans have been eagerly awaiting its return.

The U.S. Sun previously reported Discovery Communications renewed the trademark for The Little Couple on March 14, 2022, despite the show being off the air.

It is believed the show postponement might have been likely due to Jen and her husband Bill Klein’s expensive lawsuit with producers.

They aren’t done with television altogether, however.

Back in October 2022, Jen revealed that she and her husband would appear in an episode of the second season of HGTV’s Farmhouse Fixer.

The family – who previously lived in Florida – moved into the house after Jen landed a new job at Boston Children’s Hospital and Harvard Medical School Teaching Hospital early last year.

“I love my new kitchen, which by the way, is not only beautiful but a dream to cook in,” Jen previously shared in an Instagram video from her new home.

She added: “You know me, cooking in an average size kitchen is like doing a gymnastics lesson… now it’s a breeze.

“I can even enjoy a glass of wine without falling off a ladder!”

Later on in another clip, referring to her and Bill’s appearance on Farmhouse Fixer, Jen captioned the post: “Want to know where I put the beautiful dresser Jonathan Knight and Kristina Crestin design gave me?”

INSTAGRAM/jenarnoldmdRegarding her new podcast, the 48-year-old admitted, ‘I’m super excited. It’s my first time doing a podcast so you can tell me how we do’[/caption]

GettyJen also revealed that she and her husband Bill’s TLC reality show, the Little Couple, has been canceled[/caption]

BackGridThe couple recently appeared on an episode of HGTV’s Farmhouse Fixer, where the show host’s made updates to her $2M Boston mansion[/caption]