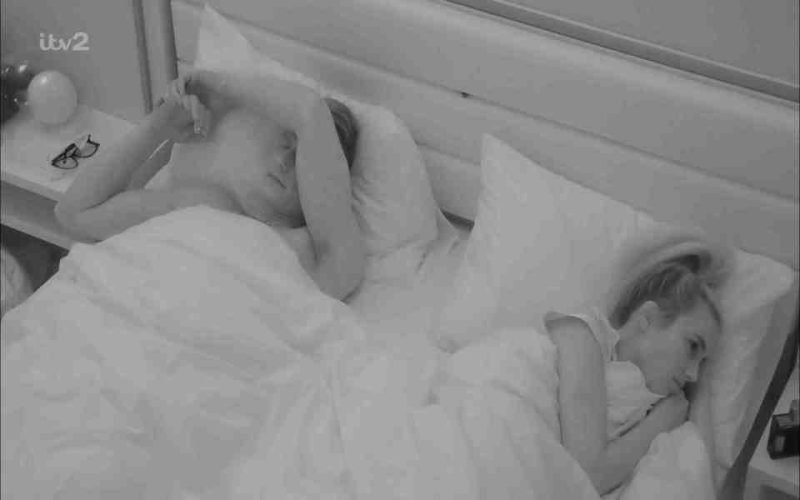 Viewers hit out that the brunette star was making sly gestures in order to make Lana, 25, “jealous” of her.

Love Island fans were left in shock when favourite couple Lana and Ron Hall were split in the latest recoupling.

Ron, 25, was picked by Tanyel, 26, on Friday night, leaving Lana with TikTok farmer Will Young in bed in tonight’s show.

Lana was left devastated after climbing into bed with Will, 23, after making it clear there was no attraction between them.

The star was spotted laying on her back and looking upset as Will slept beside her in scenes from the middle of the night.

She was woken up by Tanyel and Ron laughing and joking with one another in the bed at the other end of the room.

“I don’t like it down here, it’s too dark,” Tanyel could be heard shouting before descending into happy giggles with Ron.

Fans spotted how Lana appeared devastated, and took to Twitter to claim she looked like she’d been “sobbing”.

Others hit out at Tanyel for being sly, as they suggested she “knew what she was doing” to make Lana jealous.

“The way Tanyel is waging psychological warfare on Lana,” one said, as another wrote: “Tanyel knows exactly what she’s doing.”

A third added: “Tanyel did that to make Lana jealous clearly, she knows what she is doing with Ron!”

“Tanyel giggling all loud she knows what she’s doing,” a fourth said, while a fifth added: “Tanyel is sly, babe.”

Love Island airs weekdays and Sunday’s at 9pm on ITV