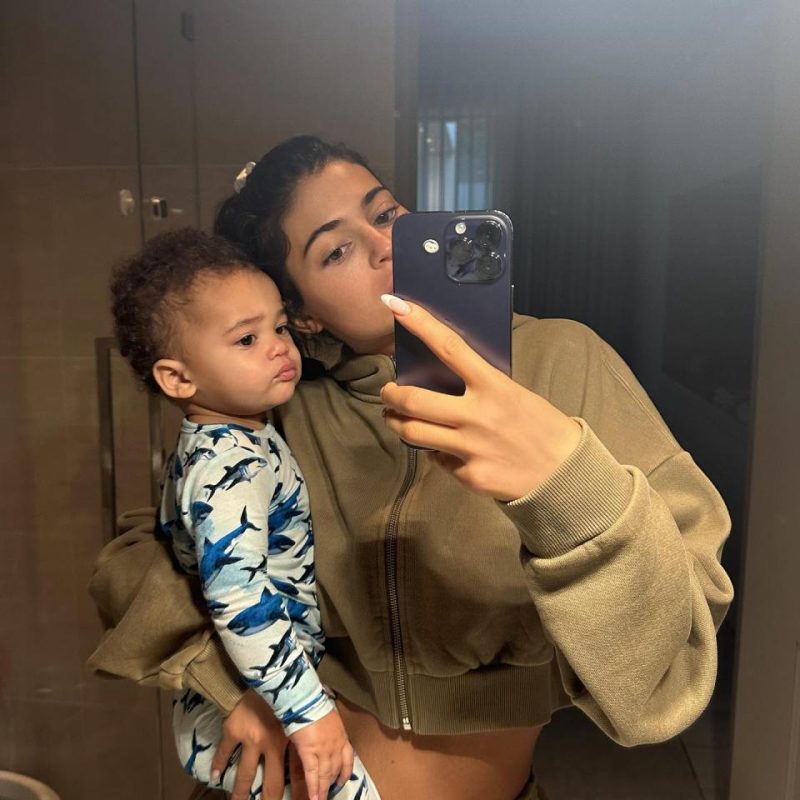 KYLIE Jenner has left fans confused about how to say her son’s new name.

The reality star, 25, announced on Saturday that her 11-month-old now goes by Aire.

However, many followers of the Kylie Cosmetics boss are unsure how to pronounce the new moniker.

“I’m thinking the pronunciation is along the lines of either Zaire, or the A sounds like ‘I,’” wrote one on social media following Kylie’s name announcement.

Another suggested the name could rhyme with Ire, pronounced I-ree, which is a Nigerian name meaning “goodness.”

Other suggested the name could be derived form Ari, which is a name with a Hebrew origin that means “lion.”

If it is pronounced “airy,” it would rhyme with Stormi, the name Kylie chose for her now-four-year-old daughter.

But many fans think Aire is simply pronounced “air.”

“They’re all pretty straightforward with the names and pronunciations,” said one of the famous family.

Fans may keep guessing until the Hulu star confirms the pronunciation with a video of herself saying Aire’s name.

WOLF AT HER DOOR

The mom-of-two revealed the moniker via an Instagram post on Saturday after keeping her followers clueless for months.

Kylie and her baby daddy Travis Scott previously announced their son’s name as Wolf, but changed it weeks later, saying it “wasn’t him.”

The Keeping Up With the Kardashians alum had since remained tight lipped about her son’s new moniker, telling fans she was “not ready to share it.”

Not only did Kylie reveal her son’s name on Saturday, but also his face for the first time.

She shared a series of full length photos to debut the adorable tot in a post she simply captioned “AIRE.”

The TV star showed off the little one’s curly hair and adorable face as she dressed him in a shark-print tee.