Inside The Bachelor’s most shocking scandals including sexual assault claims, racist photos and Chris Harrison’s firing 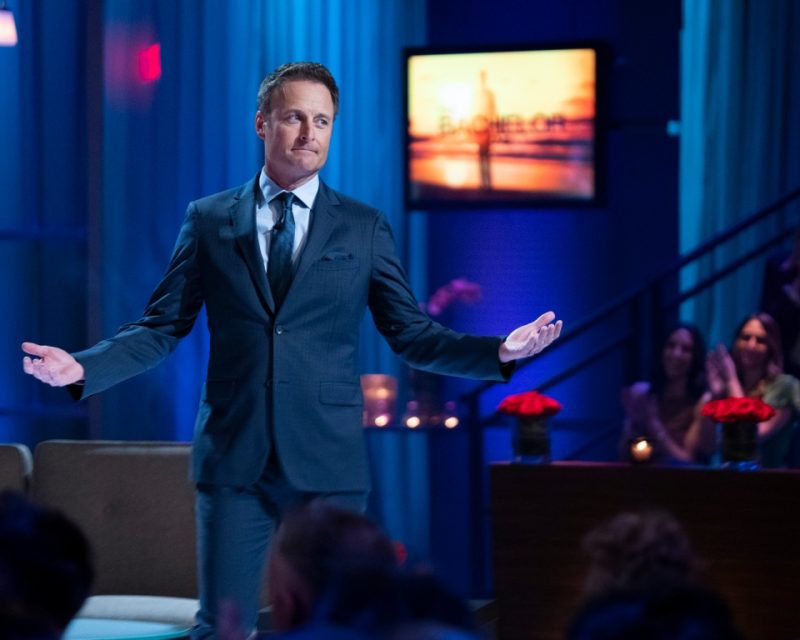 THE Bachelor has a long legacy of setting up lovers. But the reality show has seen its share of scandals as well.

In the 10-plus years that the show has been on, it has faced a myriad of accusations against contestants, crew members and even a host.

However, sometimes that love is found in the strangest of places.

Contestants have been accused of having relations with other contestants and crew members.

There have been allegations of racism, and charges of leaving the scene of a deadly accident.

Now, Zach Shallcross will be looking to find love in front of millions of people.

The 26-year-old will be the next Bachelor, when the long running ABC show returns January 23.

He’s just the latest contestant to put his love life on full display, as he tries to avoid the scandals and pitfalls of previous seasons.

Sharing his message for the upcoming season’s contestants, Zach told his potential fiancée: “Come into this ready for love. It’s really important to let yourself be vulnerable. If you let yourself be true, be open to finding love, it can happen.”

The popular reality show has indeed proven anything can happen, often with disastrous results.

Take a look back at these Bachelor scandals.

GC ImagesDeMario Jackson in Los Angeles, California in May, 2020[/caption]

Scandal rocked the Bachelor in Paradise reality show in 2017.

The controversy centered around cast members Corinne Olympios and DeMario Jackson, who would both exit the series early.

A third party reported an incident that involved the two as the show taped.

Production was temporarily shut down and claims of “misconduct” were reported.

The Hollywood Reporter stated that “the moment in question was a taped sexual encounter between the two contestants.”

Warner Bros. found that no misconduct had taken place but production continued without Corinne and DeMario.

The pics from her past were of her at a “antebellum plantation-themed ball” while at Georgia College & State University in 2018.

Kirkconnell was a member of the Alpha Delta Pi sorority.

She had also allegedly liked racist social media posts in the past.

One snap that she had shows two Caucasian women dressed in hula outfits posing in front of a Confederate flag.

Another displayed a trio of ladies proudly posing in traditional Mexican ponchos and sombreros while donning large fake moustaches.

Original host Chris Harrison was also swept up in Rachel’s controversy, which would eventually cost him his job.

Chris was forced to apologize after he was slammed for “perpetuating racism” as he “defended” Rachael.

The longtime host of the franchise came under fire for his comments with former Bachelorette Rachel Lindsay about the Matt James “racist” scandal.

Responding to the backlash Rachael received online, Chris asked for Bachelor Nation to have “compassion” for the reality contender.

In an interview with Rachel Lindsay – the first Black lead in franchise history – the host said: “We all need to have a little grace, a little understanding, a little compassion.

“And diving into…her parents voting record…it’s unbelievably alarming to watch this! I haven’t heard Rachael speak on this yet, and until I actually hear this woman have a chance to speak, who am I to say [anything]?”

The backlash was immediate, and on June 8, 2021, Chris confirmed he was exiting the show to “start a new chapter.”

The makeup artist was disqualified in week 2, after it was revealed she had an inappropriate relationship with the show’s producer.

Both she and the staff member were sent packing.

Producers released a statement, standing by the decision to boot Papa and the staffer.

“The Bachelor is about finding love … for the Bachelor,” the statement read. “We regret this situation occurred and took immediate action to protect Jake, the other participants and the show’s mission.”

To this day, Rozlyn acknowledges the producer is a “good friend,” but denied any hook-up allegations.

Bachelorette star Hannah Brown came under fire after she filmed herself saying the N-word during an Instagram livestream.

The reality star rapped DaBaby’s hit Rockstar as she tried to make a Tik Tok dance and said the racial slur out loud.

Fans immediately called her out on it and the reality star initially denied she’d said it consciously, before owning up to it.

The Alabama native said: “I attempted to talk, sing a popular TikTok dance and recited the N-word, and it was a part of the song.

“Initially I didn’t even know it was happening and I know it is wrong to say the N-word in a song, and I couldn’t imagine I had used it so I immediately denied it.”

The Bachelorette star went on: “To be honest I didn’t know a lot, I don’t want to be ignorant anymore.

In 2015, the nineteenth season of The Bachelor introduced the world to Chris Soules.

Two years later, he was arrested and charged with leaving the scene of a deadly traffic accident in Aurora, Iowa.

In August, 2019, he received a two year suspended prison sentence and a $625 fine for his involvement in the car accident that resulted in the death of 66-year-old Kenny Mosher.

He pleaded guilty to a charge of leaving the scene of a serious injury after he crashed into the back of Mosher’s tractor in April 2017.

He was initially charged with the more serious leaving the scene of an accident with a fatality but it was subsequently downgraded.

In the immediate aftermath of the accident, Soules reported the crash to the emergency services and performed CPR on Mosher.

Once the paramedics arrived he left the scene before speaking with police.

ABCMatt James and Rachael Kirkconnell are still seeing each other[/caption]