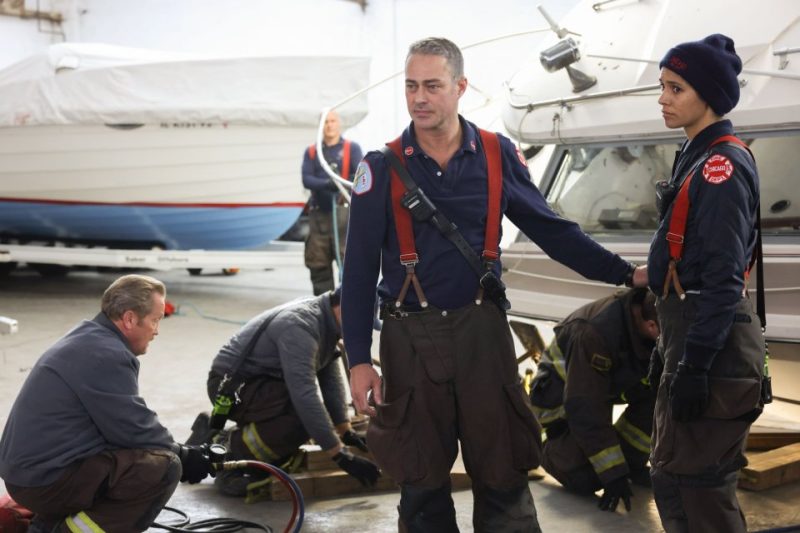 NBC’S Chicago Fire is losing a vital cast member – or at least temporarily.

On January 20, 2023, it was revealed that fans won’t be seeing their favorite character, Kelly Severide, for an unknown amount of time.

Taylor Kinney will be taking a break from the NBC drama, Chicago Fire, Deadline revealed on Friday.

The 41-year-old actor is taking a leave of absence due to an undisclosed personal matter, a source told the outlet.

Future scripts will likely have to be rewritten to accommodate his sudden exit.

It is unclear how long Kinney will remain away from the popular Chicago franchise.

Who is Taylor Kinney?

Aside from his role as Lieutenant Kelly Severide on Chicago Fire, Chicago PD, and Chicago Med, he has also starred in a number of other TV shows and films including:

Kinney is a People’s Choice Award three-time nominee and finally won the award in 2016 for Favorite Dramatic TV Actor for Chicago Fire.

The actor and model is also famously known for having been engaged to Lady Gaga in 2015.

The pair started dating in 2011 but ultimately called it quits in 2016 before tying the knot.

What is Taylor Kinney’s net worth?

Kinney has gained mass popularity as an actor and has over 1M followers on Instagram.

He is reportedly an experienced surfer and motorcycle rider.

The beloved on-screen firefighter has a net worth estimated to be $8million, according to Celebrity Net Worth.