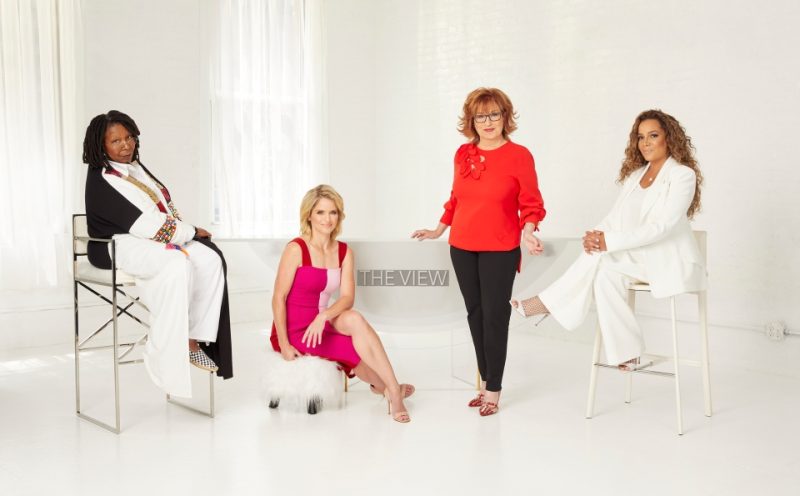 WHOOPI Goldberg has been focusing on a new career endeavor outside of her role on The View amid her being absent from the talk show again.

Recently The View co-host Whoopi, 67, revealed that her new occupational move was centered around authorship in her Instagram story.

In the talk show host’s story she promoted a new addition to her book series Sugar Plum Ballerinas.

The snap posted in the EGOT-winner’s story was an illustration from the newly released children’s book.

The picture was a black-and-white drawing that showed a group of girls dressed in winter gear, walking down a street and laughing.

Whoopi described the snap in her story as, “a peek inside the new edition of Sugar Plums to the Rescue,” which happens to be the sixth installment of her book series.

The 67-year-old’s latest book Sugar Plums to the Rescue was just released this week.

On Friday the ABC personality advertised all of the books in her Sugar Plum Ballerinas series in a snap that she posted to Instagram.

Apparently Whoopi’s new books are re-releases of her original copies with updated imagery.

Earlier this week Whoopi unboxed a shipment of her books on Instagram, explaining in the video why she wanted people to know about her books.

“I want everybody to know about them because, you know, they’re great stories for girls, and they’re fun,” the comedian said.

“So they all become friends because they’re trying to appease their mothers. And who hasn’t tried to do that?”

Whoopi might consider becoming a full-time author given how many fans have demanded that she’d be fired for the remarks she’s made about Jewish people and others on The View.

During a discussion about the anti-Nazi graphic novel Maus, Whoopi claimed that the Holocaust was not “about race” but “white on white” violence and “man’s inhumanity to man.”

More recently, in her interview with The Times, Whoopi raised the topic again and alluded that Jewish people themselves are divided about whether they are a race or a religion.

“My best friend said, ‘Not for nothing is there no box on the census for the Jewish race. So that leads me to believe that we’re probably not a race’,” she said.

When the interviewer pointed out that Nazis saw Jews as a race, Whoopi responded: “Yes, but that’s the killer, isn’t it? The oppressor is telling you what you are. Why are you believing them? They’re Nazis. Why believe what they’re saying?”

When she was told that Nazis used to measure the heads and noses of Jews to “prove” they were a distinct race, Whoopi continued: “They did that to black people too. But it doesn’t change the fact that you could not tell a Jew on a street.

“You could find me. You couldn’t find them. That was the point I was making. But you would have thought that I’d taken a big old stinky dump on the table, butt naked,” she added.