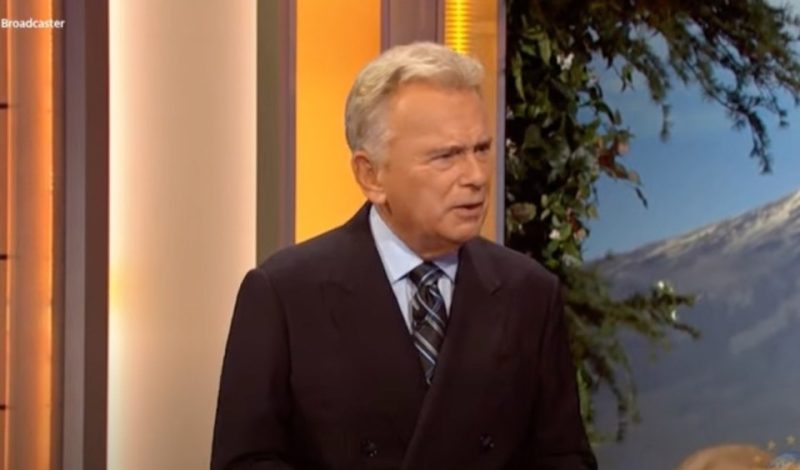 A CONTESTANT on Wheel of Fortune lost the special bonus round on a puzzle that viewers deemed plain ridiculous.

Yung-Mei missed out on a Volkswagen car after being asked to guess: “A Peculiar Quirk.”

Yung-Mei from Silver Springs, Maryland sure had a fun backstory to start of the episode.

“I was a cleaner at a morgue, a dancer at a club in Spain and a companion to Theodore Roosevelt’s daughter,” she told host Pat Sajak, 76.

She proceeded to the final Wheel of Fortune round with the highest score of $22K, where things were less fun.

Her husband sweetly waved as she chose the category “Thing.”

Yung-Mei instantly looked bewildered by what the third-word puzzle could be, but wisely chose a “P” as well as an “C, “B” and an “A” tilting her head in confusion.

The added letters left “A” and “Peculiar” nearly solved but the last word with just an “R.”

Yung-Mei didn’t have much in the way of guesses as the 10-second timer ran out.

After “A Peculiar Quirk” showed itself she simply exclaimed: “Oh jeez.”

The contestant threw her hands up in frustration as Pat said: “It was a quirk, quirk.”

A pin drop could be heard in Stage 11 studios as the player added: “Huh.”

Pat opened the prize card and revealed: “You could have won the MA – sorry the VW” as he was holding it upside down, which was funny at least.

“But she still won $22,000, I’d call that pretty terrific!” Pat added as Yung-Mei solemnly replied: “That’s great thank you” and shook his hand.

As the show cut to a commercial a closeup showed the player just looking at the solved puzzle she lost a Volzwagen over.

Fans were just not buying this one and felt having the last word of the one-person special solve start with a “Q” was a stretch.

Many also claimed “A Peculiar Quirk” didn’t really qualify as a “thing” as it’s not an object.

One wrote to Twitter: “REALLY!!! A peculiar Quirk!!! That’s ridiculous what are you over budget or something nobody would get that in their lifetime I’ve been watching for 35 years and get 75% that’s just BS.”

Another agreed: “Feel bad for the Wheel of Fortune lady, like for real…’A peculiar quirk’ what kind of answer is that? That’s not even a ‘thing’

A third wrote: “#apeculiarquirk what a joke!!!! . Wheel of Fortune really needs to work on its final puzzles.

“A peculiar quirk? Aren’t all quirks by definition peculiar? (I’m really getting old when I’m doing the get-off-my-lawn thing to Wheel of Fortune.)” wrote a fourth.

Coincidentally the show just gave out $123K last night after a huge $100K bonus puzzle reveal which is why that one fan may have accused them as “over budget.”

Yet, last week, after three contestants similarly won three bonus puzzles in a row on Monday, Tuesday and Wednesday, Thursday’s winner was asked to guess for “Foamy Milk.”

One angry viewer accused there was a pattern on the board.

“Keith got jived, BS. Foamed Milk?? REALLY. We know you gave out a ton of cash this week – that’s a crock of s**t come on ya freaking robbed the guy. Keith, you did awesome.”

ABCAfter she drew straws on the puzzle, which fans said was not technically even a ‘thing’ – she threw up her hands in frustration[/caption]