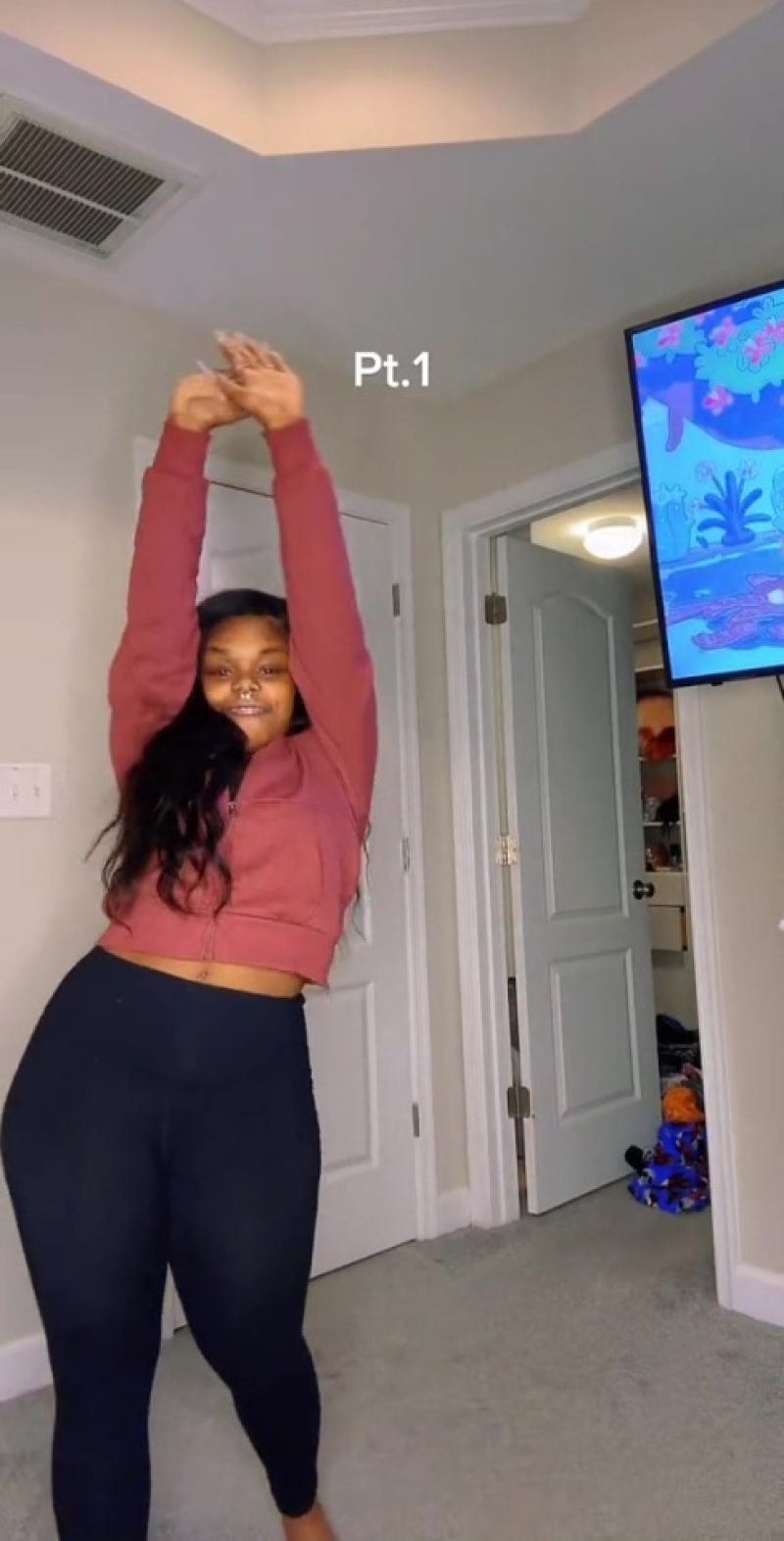 TEEN Mom star Kiaya Elliott has been flaunting her weight loss on TikTok as well as a new inking.

Kiaya, 22, uploaded a video of herself dancing with her mom as well as her son Amour.

The mom-of-one is dressed in a pair of black skintight leggings and a matching vest as well as a pink zip-up sweater.

As well as showing off her slim waist, Kiaya also gave her fans a glimpse of a rather large tattoo on her chest.

It’s unsure what the tattoo says, but it appears to be a word or someone’s name written in a fancy font.

The reality TV star wore her long dark hair down in loose waves and was also sporting some very long blue nails for the three-minute clip.

In the video, Kiaya and her mom try their best to do the routine and used a funny voice filter as they spoke to one another.

“He is in the way!” Kiaya’s mother says at one point, referring to Amour, before declaring she “can’t be seen”.

As she attempted to steal the limelight and stood right in front of the camera, Kiaya’s mom showed off her derrière but complained that her back was hurting because she’d been at the gym.

However, Amour also tried his best to be the main attraction and looked adorable in a navy blue T-shirt as he showed off his moves.

Kiaya’s fans and followers thought the video was hilarious and were quick to comment on the post.

“Y’all funny,” one person said, while another wrote: “I love this.”

A third person said: “Everyone hilarious all the way down to the baby,” and a fourth fan admitted: “I’m screaming!”

Another person added: “I love your mam she keeps it real!!” and someone else wrote: “Lol we need more!!!”

Kiaya’s latest video comes just weeks after she clapped back at fans who had some harsh things to say about her new promo photos.

The photos were posted to a Teen Mom fan account on Instagram, promoting the new season of Teen Mom Family Reunion.

Kiaya was sporting honey-blonde-colored hair and brown roots in the snaps.

The reality TV star sported a wide grin for the pictures, exposing her braces, and showing off long baby hairs on the top of her forehead.

The caption of the post read: “Here’s what we can expect from each girl on the new season of Teen Mom Family Reunion!”

However, instead of posting about the storylines, several fans commented on Kiaya’s hair instead.

Another wrote: “Kiaya hair,” with a downtrodden emoji.

“They didn’t have a better picture of Kiaya? Why they do my girl like that? Don’t even look like her,” one questioned.

Kiaya responded to some of the harsh criticism and said: “First of all everybody coming from my hair, you wouldn’t know the struggle unless you work in the TV industry.

“This is not how my hair was supposed to be but due to all the extra stuff that was going on the date of the photo shoot I wasn’t able to get my hair done.

“Actually as soon as these pictures were taken less than an hour later, my hair was fixed.”

Fans responded to her clapback, with one writing: “Your cute anyways!” with another adding, “I thought you looked cute!”

“I am sorry people are just plain mean. Hold your head high and don’t let the opinions of others penetrate your armor,” another encouraged.