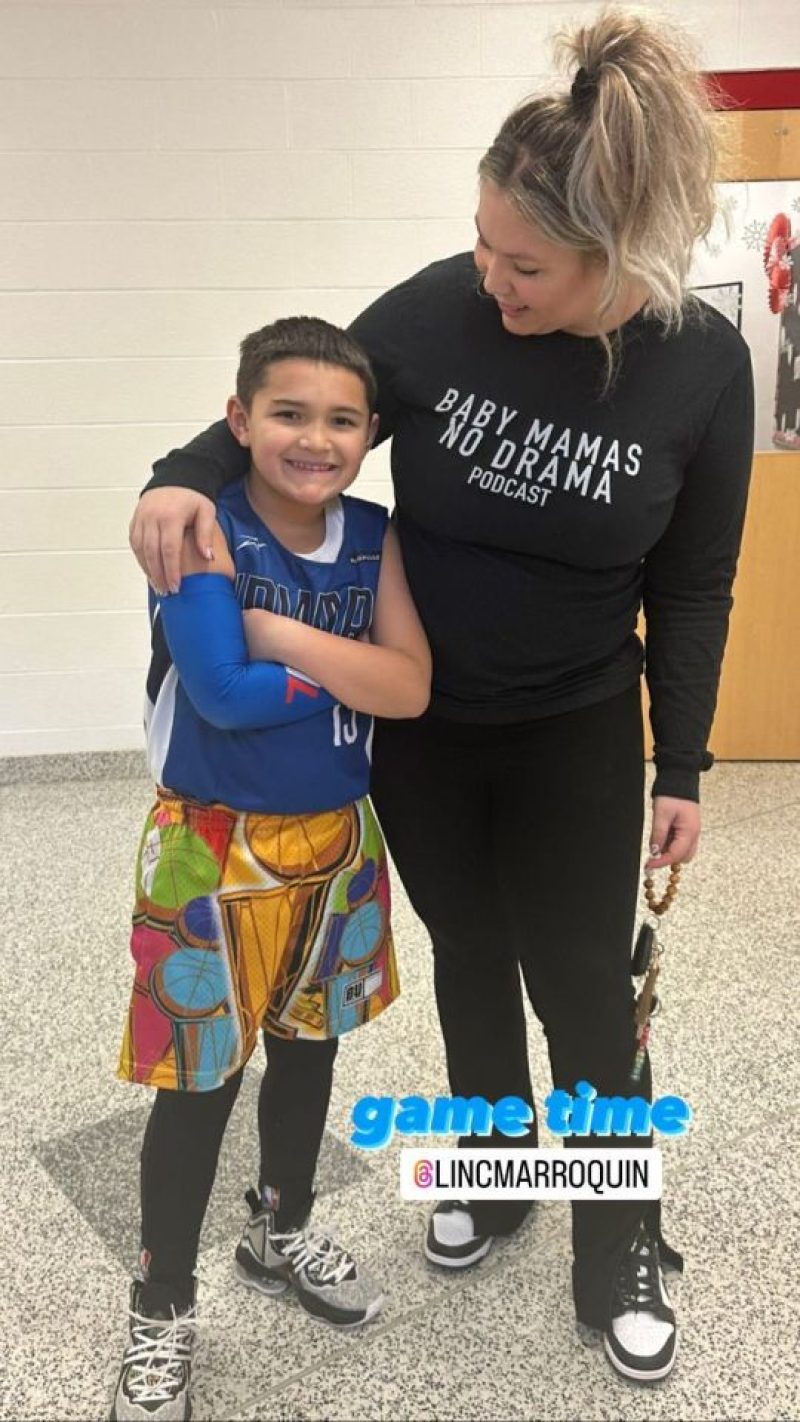 TEEN Mom Kailyn Lowry has shown off her full and slimmer physique in a new photo.

In an Instagram Story, Kailyn, 30, posted a sweet snapshot of herself with her nine-year-old son, Lincoln.

InstagramKailyn said in her podcast: ‘I’m losing a little weight’[/caption]

The Teen Mom 2 alum shares the pre-teen boy with her ex-husband, Javi Marroquin.

With one arm wrapped around Lincoln, Kailyn appeared to be holding a keychain in her other hand.

The MTV mom wore a tight black sweater that promoted her podcast, Baby Mamas, No Drama, on the front.

Kailyn flaunted her curvy figure after revealing she lost weight in a recent episode from her podcast.

Fans have become convinced the Teen Mom star shed the pounds after giving birth to her fifth child.

Followers claimed the reality star was pregnant during her new romance with her boyfriend, Elijah Scott, 24.

In October 2022, The U.S. Sun obtained exclusive photos of the couple shopping at Target and Hobby Lobby.

In the images, Kailyn wore a baggy T-shirt with black leggings as if she were covering her stomach with the oversized top.

Although she has dodged questions about her supposed baby bump for months, fans continued with the babu rumors and theorized she has already given birth.

Recently, fans claimed they spotted proof that the TV star had given birth.

In the clip, Creed wore a Spiderman pajama top with a shiny black jacket and a matching hat.

The toddler sang the lyrics and danced to Michael’s classic song, Bad.

Behind the youngster, there was a huge flatscreen TV on the wall and a glass panel fireplace underneath.

In the reflection of this glass panel, eagle-eyed fans claimed they saw a baby bottle.

Previously, fans also speculated that the TV personality revealed what could be the baby’s nursery by sharing a new colorful Super Mario mural in her home.

While huddled underneath a blanket, she said: “Ok, so my kids are in the pool in 30-degree weather, and I just like sitting here.”

Viewers suspected the blanket was a cover-up for having recently given birth.

When asked if she was “hiding a baby,” Kailyn snapped: “Absolutely not.

“I’m sitting outside in 30-degree weather.”

She also shares her son Isaac, who recently turned 13, with her ex Jo Rivera.