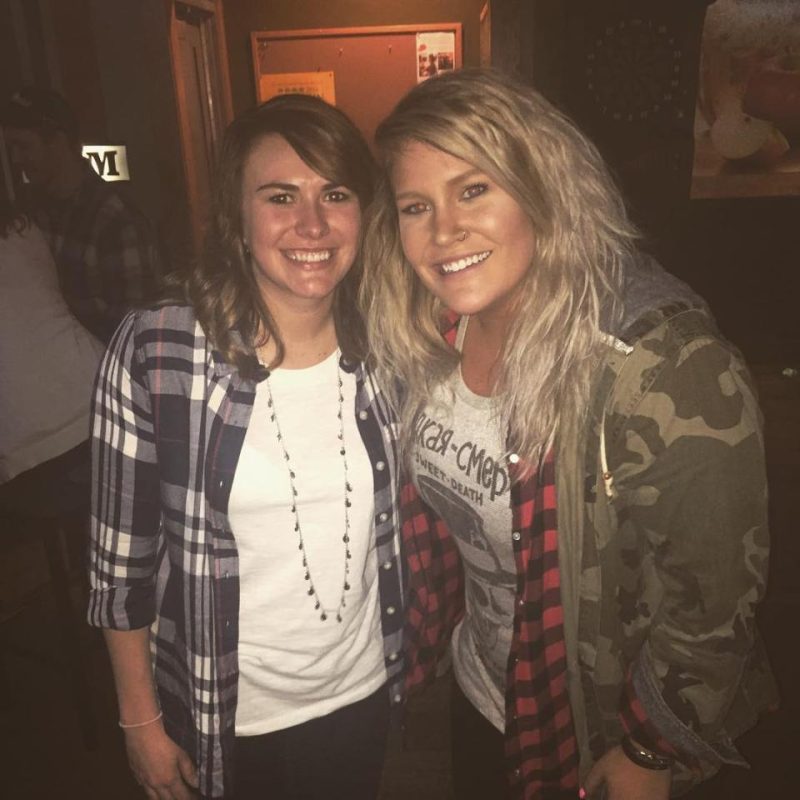 Chelsey looks nearly unrecognizable after shedding some pounds over the past few years.

The couple gazed into each other’s eyes before locking lips.

Chelsey curled her blonde hair as she donned a sleeveless pink dress.

While showing off her slim physique, she flexed her toned arms and teased her long legs.

In the comments section, fans praised Chelsey, who used to hide in oversized sweats, and her weight loss transformation.

“I need her diet secret!” one person said as another added: “I actually think she’s gorgeous.”

A third person mentioned: “How did she lose all that weight? She looks great!”

“She looks great. Love the hair!” one user reacted and another added: “Her arms look pretty toned!”

Chelsey was modeling for the trendy fashion brand Lauriebelles.

Last year, Chelsea’s bestie showed off her pearly whites and rocked her short blonde curls as she smiled widely in the photos.

In one snap, she wore a grey corduroy jacket and super skinny jeans flattering her figure.

In a second, she wore a floral blouse with puffed sleeves and a smocked neck paired with light blue jeans.

Chelsey isn’t the only one of the two shredding off the pounds.

Chelsea showed off her weight loss months after giving birth to her fourth child, Walker June in January of 2021.

Chelsea used Profile by Sanford after her pregnancies to shed the baby pounds in the past.

In an Instagram post uploaded last year, she wrote: “I’m happiest when I’m healthiest, that’s why I’m SO excited to continue my Profile journey.

“There have been so many new products at @Profile_Sanford it’s hard to keep up! Umm Profile Ice Cream? Where have you been all my life?! Let’s do this together!!”

After losing weight following the birth of her daughter Layne, fans think she is getting “thinner” and expressed concern for her health on Instagram.

One remarked: “She keeps getting skinnier. I have always been a fan but yeah, pretty sad.”

A fan defended Chelsea and wrote: “You guys… it’s also what she’s wearing and how she’s posing that makes her look so slim. She looks great and I’m sure she works really hard to look so good.”

Back in April, she hit back at critics by posting pictures of her homemade pizza on Instagram: “Pizza life chose me!”

Although neither star is on the popular MTV franchise anymore, the longtime besties continue to post pictures together frequently.

The mom-of-four previously wished her best friend a happy birthday on social media.

In a snap, Chelsey posed alongside Chelsea’s daughter Aubree, 13.

Chelsea captioned the sweet post: “Happy birthday to this beautiful soul.. Thank you for being such an amazing friend.”

Chelsea and her husband, Cole Deboer, are the parents of daughters Layne, three; Walker, one; and son Watson, five.

After leaving the popular franchise back in 2020, the reality star has moved on with her new show, Down Home Fab, on HGTV.