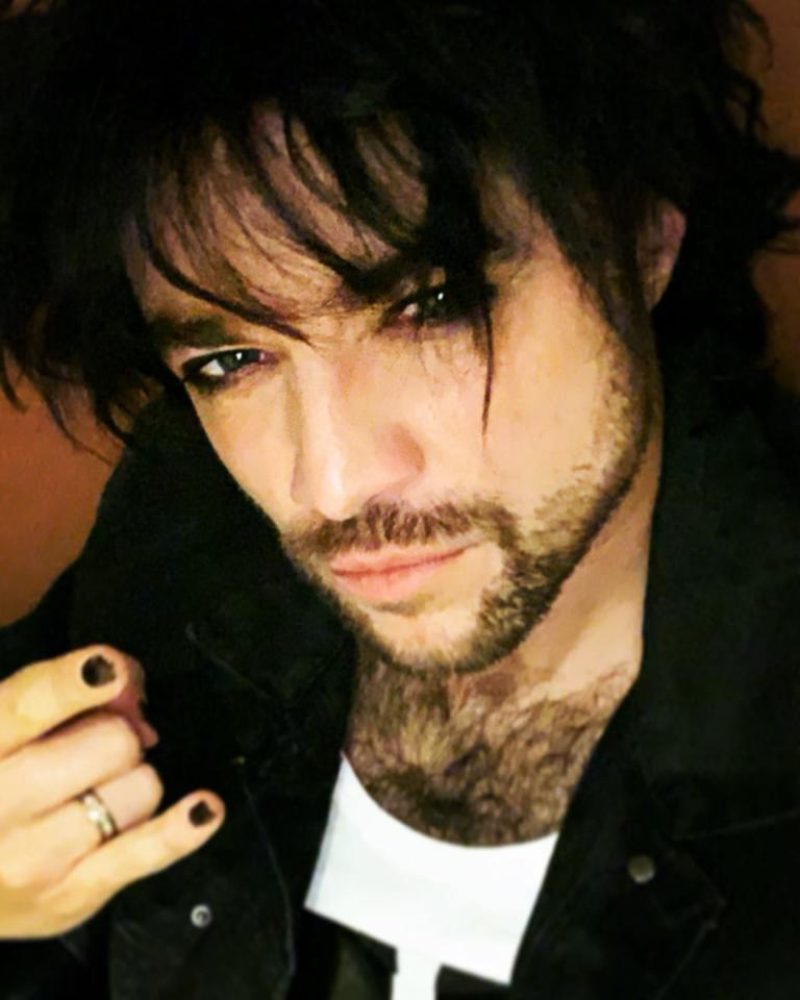 HE was once every teenage girl’s pin up boy during his days as part of nineties boyband A1.

But now, fast forward two decades and former heartthrob Ben Adams, looks unrecognisable as he undertakes his role in the stage production of, We Will Rock You.

Taking to his social media, the 41 year old singer, who first shot to fame in 1998, posted a picture of himself with black shaggy hair, dark eye make -up and painted black nails – a far cry from his youthful clean cut days.

Ben captioned the post saying: “Promo day for We Will Rock You. Think I might keep this look for everyday life. What do you reckon?”

At the height of Ben’s fame his band won a BRIT Award in 2001. And while in the band, Ben scooped a Smash Hits Poll Winners Party Award for Most Fanciable Male.

The couple had been dating for 12 years and their nuptials were announced on the A1 Facebook page.

News of the pair’s wedding came as a surprise to fans who rushed to praise the newlyweds.

One fan wrote: “Congratulations on being able to get married, wishing you many years of happiness.”

Another said: “My long time crush found his better half. I’m so happy for you guys! Best wishes, congratulations and God bless you both to the new chapter of your life!”

And a third penned: “Congratulations you two. You are a beautiful couple.”

AP:Associated PressA1 at the height of their fame[/caption]

Instagram/@benadamsukFamily man, Ben with his wife Sara and their daughter Skylar[/caption]