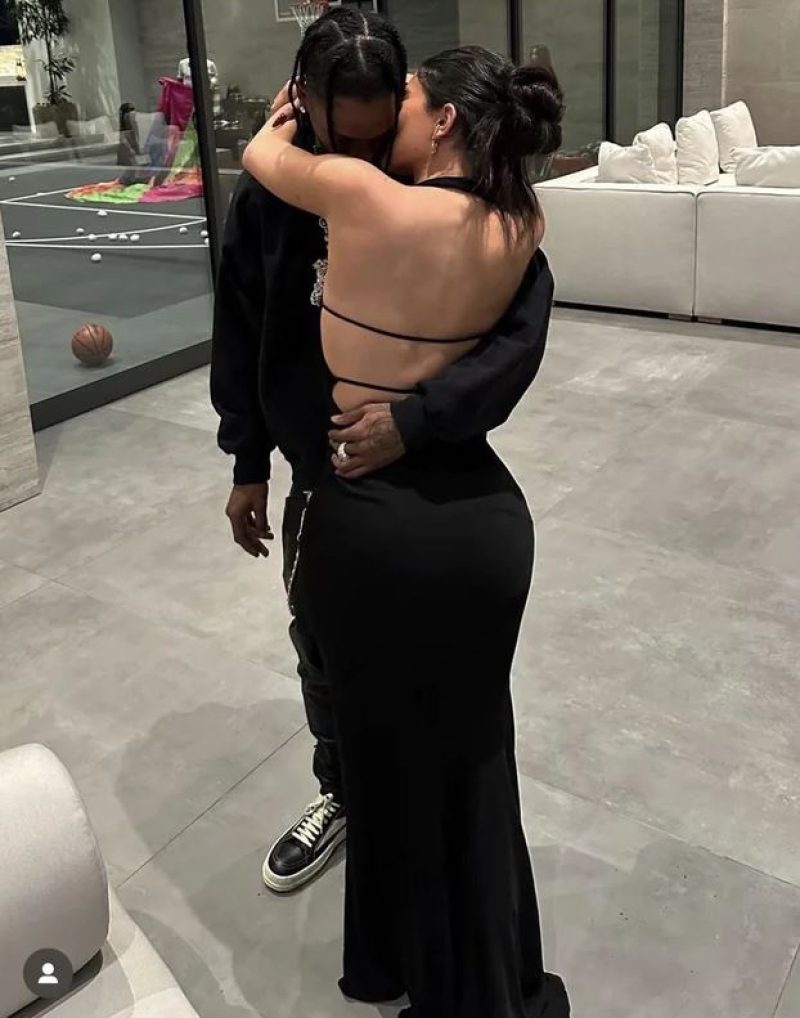 KYLIE Jenner has posted and then deleted an Instagram photo of her ex Travis Scott as fans believe that the reality star is “really hurt” over their split.

The makeup mogul and the Astroworld artist recently ended their on-and-off relationship after dating for five years.

The pair share two children; Stormi, four, and a nearly one-year-old son, whose name was recently revealed to be Aire.

The former couple’s little ones were featured in an Instagram post shared over the Thanksgiving holiday that Kylie, 25, recently edited.

Simply captioned, “highlights,” the social media post included photos of the Hulu star outside her home with her son on her hip and her daughter walking by her side.

Another photo depicted Kylie smiling while she relaxed in the yard with her and her rapper ex’s youngest child.

Other snapshots included in the post showed the Keeping Up With the Kardashians alum taking one of her famous mirror selfies and enjoying a swim inside her pool.

One photo that was previously a part of the holiday photo drop that is now noticeably missing was a snap that captured Kylie and Travis, 31, sharing an embrace.

The TV personality is shown wearing an all-black evening dress while the Antidote artist matches his then-girlfriend in his own all-black ensemble.

The post was titled: “Has anybody noticed Kylie removed the last picture from the slideshow she posted after Thanksgiving? It was a photo of her and Travis.”

A second fan commented: “I’m starting to think the “Travis expecting another baby by someone else” rumors might be true with how she’s been handling the breakup.”

They continued: “Seems like something big must’ve happened with the way she’s handling it, I don’t recall her being this publicly in her feelings the other times they’ve ended it.”

Another commenter agreed, writing: “Right!! I also don’t think she even deleted pictures of Tyga before and even her old pictures with Jordyn are still up on her IG.”

“Yesss I think their pics are still up on her IG to this day! She must be reallyyy hurt over whatever it is that caused this breakup,” added a fourth.

A fifth person mentioned: “Last time they broke up she still posted him and hung out with him.”

While a final commenter stated: “Yeah I remember,” adding “it being an amicable split and they were still like genuine buddies to the point where everyone was confused what was going on.”

Earlier this week, Kylie deleted dozens of Instagram photos leaving fans buzzing with theories about the decision with many arguing that the 25-year-old is attempting to start “fresh” after her and Travis’s split.

One eagle-eyed follower noticed the change and took to a popular Kardashian-dedicated Reddit board to open up the discussion.

“When did she delete all her story highlights?” they wrote alongside a screenshot of the reality star’s profile.

“Idk fresh start?” one suggested, while a second asked: “For anyone wanna know she deleted all of them today. I wonder why?”

A third guessed: “She may be going through changes, growing up. She’s the age now that Kim was when she started to become famous. Could be rebranding or wanting a cleaner aesthetic and reorganizing her highlights. Who knows lol.”

“I think this has something to do with her wanting to rebrand bc her and Travis are on bad terms rn,” a fourth noted.

In January 2023, it was revealed Kylie and her baby daddy Travis Scott had split before the New Year.

The famous couple’s breakup was announced in an exclusive from People.

According to the outlet, the parents parted ways because they were in two different places in life.

Travis wants to “party” and Kylie desires to focus on “her businesses” and their kids Stormi, four, and Aire, 11 months.

The source also said that the couple has never lived together, even though they have children and have been together for years.

GettyKylie and her rapper ex share a daughter, four-year-old Stormi, and their 11-month-old son Aire[/caption]