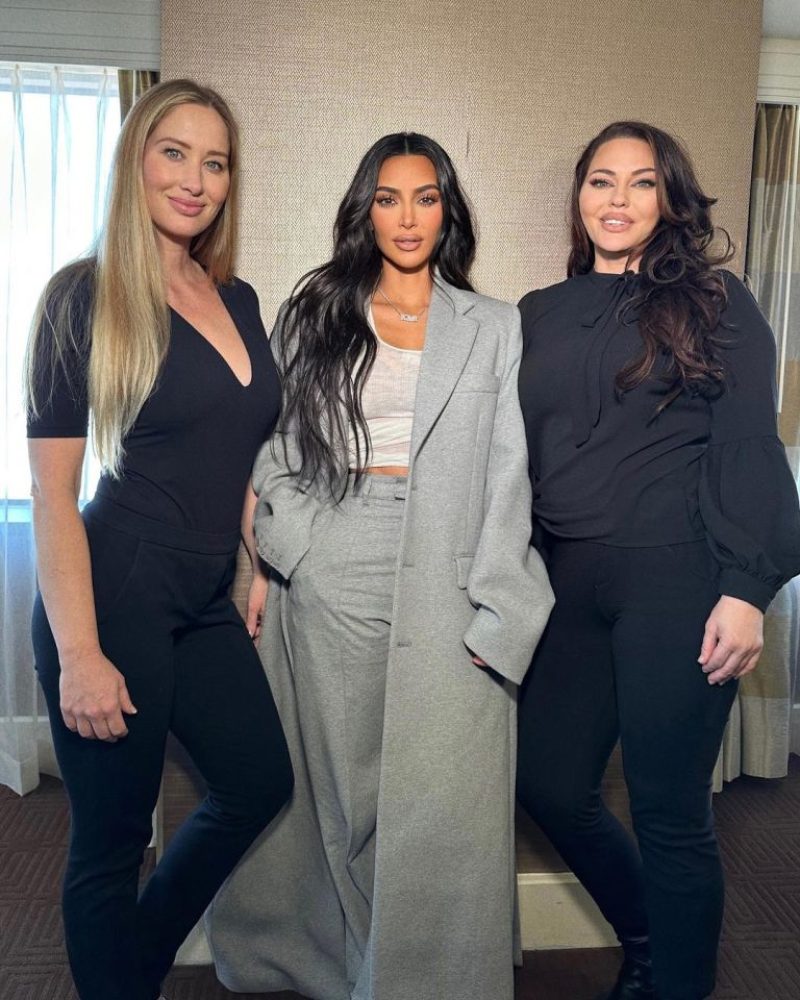 FANS have spotted a painful-looking detail on Kim Kardashian during her justice reform panel.

In her Instagram post, Kim, 42, mentioned she spoke about the case of Kevin Keith at the panel.

She claimed Kevin had been allegedly “locked up for 29 years for a crime he did not commit.”

Kim captioned the post: “I had the honor of visiting Kevin Keith in prison in Ohio after meeting his whole family.”

One fan cheered: “This outfit! Dying!” while another fan gushed: “I would KILL for that outfit.”

In the comments section, other critics mocked the reality star and her unmanicured fingertips.

One critic said: “Poor girl has so much money but cannot afford a manicurist.”

Another critic added: “What happened to your nails?”

A third critic said: “Anyone else notices her mani? Ouch.”

A fourth person wrote: “I’m sure there’s an explanation for her bad manicure.”

A commentator chimed in: “Love you Kim but your nails look so bad.”

In December 2021, Kim announced she had passed the legal exam for the baby bar after failing about three times in two years.

The “baby bar” is officially known as the First-Year Law Students Examination, a test taken by students – who are not attending accredited law schools – before the main bar exam, which will allow them to practice law in California.

The Skims founder recently visited the prestigious Harvard Business School in Boston, Massachusetts to give a speech.

On Friday, Kim shared a snapshot of the newly unveiled The Embrace statue located in Boston Common and another snap photo outside the school.

The SKKN mogul left the graduate business school after speaking with students for nearly two hours.

NBC10 Boston’s Eli Rosenberg took to Twitter and shared footage of the TV star walking out of a school building while being flanked by her entourage.

In another tweet, Eli revealed that Kim spoke to the students about direct-to-consumer businesses.

The TV personality wore a black and white oversized pinstripe suit with a leather-look trench-style jacket.

A Harvard Business School staffer also shared a clip of the TV personality from inside the building.

The staffer stated: “Not every day you see Kim K at your workplace!”

PrevPreviousJeopardy!’s Mayim Bialik sparks concern after host reveals she’s ‘stressed’ while near-tears in brave makeup-free video
NextJeremy Renner shares update about ’30 or so broken bones’ after star was mowed down by snowplow in horror accidentNext