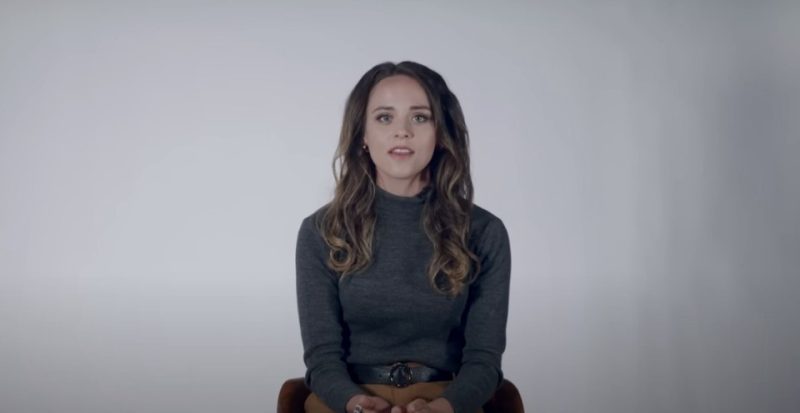 And the former Counting On star says that’s fine with her.

APJosh Duggar was convicted on one count of receiving child pornography.[/caption]

Last May, Josh was sentenced to more than 12 years in federal prison after being found guilty for possession of child pornography.

The verdict further tore the estranged family members apart. But for Jinger, it seems there is no love lost.

“I don’t have any desire to talk to him,” the 29 year old told PEOPLE.

“It’s so heartbreaking to see the decisions my brother Josh has made, and my heart breaks for the victims and their families and all that they’ve been through.”

Jinger says she prays for her brother, and hopes he will one day repent for his crimes and “genuinely change.”

She does, however, still supports Josh’s family.

“I am always here for (wife) Anna and the kids at any point that they would want to talk, or in any way I could help and love on them,” she said.

“I know that they’ve just been through so much and so I just always am here for them whenever they need help.”

As for the rest of her conservative family, Jinger got candid about her “cult-like” upbringing with her parents Jim Bob and Michelle Duggar.

Ahead of the release of her new book, Becoming Free Indeed, the former TLC star claimed she “grew up terrified of the outside world.”

The TLC alum and her 18 siblings were raised to follow the Institute in Basic Life Principles (IBLP), a Christian organization established by disgraced minister Bill Gothard in 1961.

It teaches women to be subservient to their husbands, to cover their bodies, and focus on having children.

The Duggars try to implement a conservative dress code, discourage birth control use, and urge the use of parental chaperones when going on dates prior to being married.

The children were homeschooled and grew up with strict access to entertainment and television.

“Fear was a huge part of my childhood,” Jinger said.

“I thought I had to wear only skirts and dresses to please God. Music with drums, places I went, or the wrong friendships could all bring harm.”

She went on: “[Bill’s] teachings, in a nutshell, are based on fear and superstition and leave you in a place where you feel like, ‘I don’t know what God expects of me.’

“The fear kept me crippled with anxiety. I was terrified of the outside world.”

Jinger walked away from IBLP in 2017 and compared the organization to a “cult.”

“There are a lot of cult-like tendencies,” the 19 Kids and Counting alum said.

“The teaching I grew up under was harmful, it was damaging, and there are lasting effects.

“I know other people are struggling and people who are still stuck.”

Jinger and her husband, Jeremy Vuolo, have distanced themselves from the Duggars in recent years.

The couple moved away from the family compound in Arkansas to Los Angeles, where they live with their two children: Felicity, four, and Evie, two.