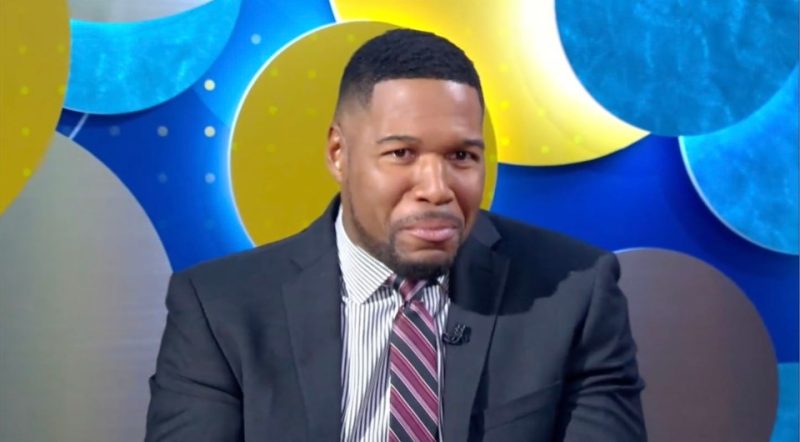 MICHAEL Strahan is hitting back at his haters – and his latest Instagram video has his fans saying the same thing.

The Good Morning America star’s fans are all agree – he’s doing the right thing by being his true self.

In the video, he said: “Your opinion of me – negative, positive – to be honest with you, is none of my business.

The popular television host and former professional football player has been no stranger to haters in his life.

After announcing his departure from Live with co-host Kelly Ripa, many fans were disappointed.

Clearly this hasn’t bothered Michael, who has a regular spot on Good Morning America.

He continued to reflect in his video: “I just think in the grand scheme of things, what does it really matter?”

Michael said he stays “even keeled”, even with all the hate he receives, because it’s impossible to please everybody.

He said: “If you’re pleasing everybody, truly, you’re doing something wrong, because it’s impossible.”

His fans were quick to praise him in the comment section of the video.

One said: “So happy you feel that way, good for you. You do you.”

Another praised his wise words: “A man of wisdom.”

Michael disappointed some fans when it was reported that he had skipped multiple Monday broadcasts of GMA because of his current gig with Fox Sports.

However, Michael has sparked concern with his absences, especially since he is out more than other co-stars.

But Michael isn’t the only news anchor branching off from his hosting duties on the show.

George also has a new project in the works alongside his wife, Ali Wentworth.

The couple is working on a two-part documentary about actress Brooke Shields’ life that will feature their 20-year-old daughter, Elliott.

The documentary will debut at the Sundance Film Festival on Friday, and soon after that, it will be available on Hulu.