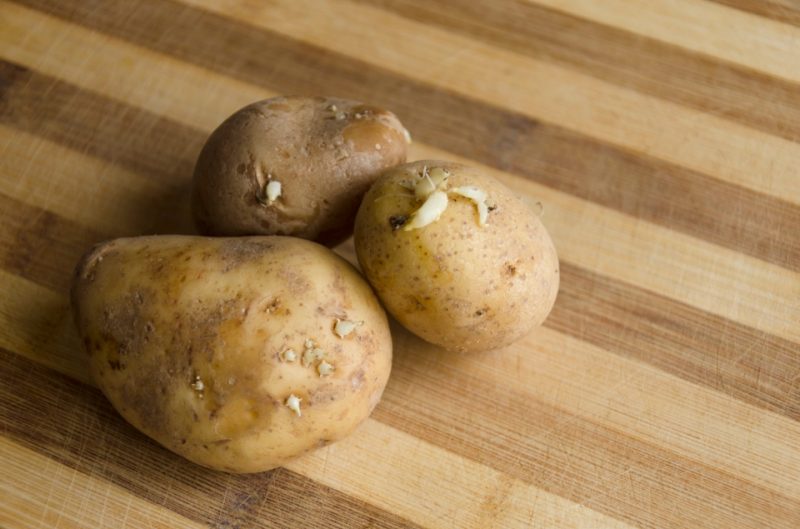 A HACK to cure the flu overnight has gone viral on TikTok – but is the odd trend based in fact or fiction?

Videos across the platform have gone viral for showing a shocking before and after of potato slices kept in your sock overnight.

GettyPotatoes seem an unlikely solution to the flu, but some TikTokers are convinced[/caption]

In one TikTok video, user Laura claimed sleeping with the potatoes in her socks helped her daughter’s sickness from worsening.

Laura said: “I have done this for the past two nights, and her cough has not gone away, but it never got worse since I started doing this.”

Good Morning America‘s Dr. Jen Ashton has debunked trend that “removes toxins” from one’s body, and found out if it actually works.

She did not seem impressed while watching videos of people putting potato slices in their socks.

She said: “The things we know can draw toxins out of your body are breathing, peeing, pooping, and your skin.”

Dr. Jen went on to mention other organs which rid toxins from the body: liver, kidneys, skin and lungs.

She commented: “This is a basic chemical reaction, really having to do with acidity, time and a variety of other factors that are not infectious disease related.”

According to Dr. Jen, the potato slices are bound to turn black eventually due to a variety of factors.

These range from the type of the potato, the amount of time that has passed since cutting it, the acidity of the skin and any lotions that may be on it.

She concluded: “There is no evidence that a potato can draw toxins out of your body in a significant way that can treat a viral infection.

“It’s kind of a cool home science experiment, if you will.”

Dr. Jen is the chief health and medical editor as well as the medical correspondent for ABC News and Good Morning America.

She is also a columnist for Cosmopolitan Magazine, and frequently speaks on women’s health at various events.

Recently, Dr. Jen made a similar appearance on GMA where she spoke about how to tackle Dry January successfully.

One idea she mentioned was mocktails, to help turn away from drinking at social gatherings.

“You can do some yoga, meditation, fill a glass with seltzer and drop fancy ice cubes in it.

“But it’s about that awareness, of do you drink mindlessly or socially?”

Dr. Jen did not seem convinced by the claims onlineTwitter/GMAThe trend has been debunked by GMA’s Dr. Jen AshtonTwitter/GMA