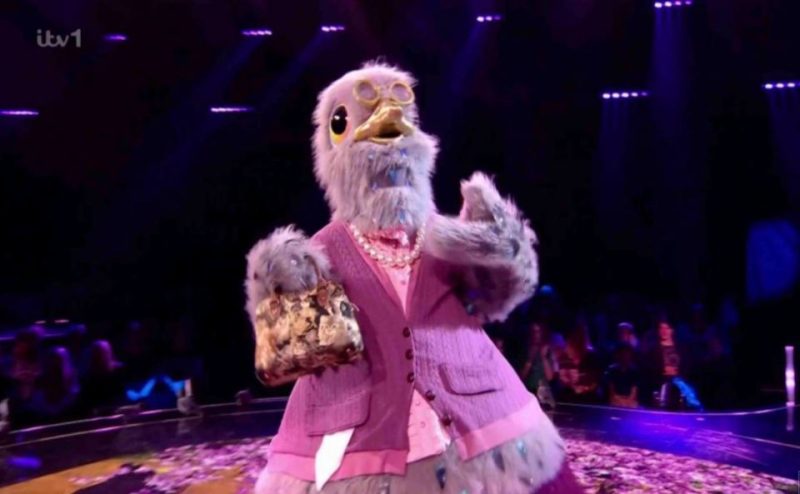 FANS of the Masked Singer are certain that a Loose Women star is Pigeon after hitting out at their “fake” accent.

The hidden celebrity has appeared with a thick Essex accent for their songs so far, but not all the viewers are convinced.

Masked Singer viewers took to Twitter after Pigeon’s latest song – speculating it could be a Loose Women star.

Many admitted they weren’t convinced by the mystery celebrities’ thick Essex accent after rumours swelled the celebrity could be The Only Way Is Essex’s Gemma Collins.

But the judges suggested that the real celebrity under the mask could be accentuating or putting on the accent to fool them.

“That can’t be real,” Jonathan Ross said during the performance, as Rita Ora suggested it was being “put on”.

Fans then dug deeper into Pigeon’s clues tonight, as they suggested she could be a Loose Women star instead.

Dozens were convinced that Linda Robson was behind the mask, after a reference to TV series “Birds of a Feather”.

Pigeon told fans at home: “Don’t be shy – you know that I do love a natter! In fact, that’s got to be one of my top ten favourite things to do.

“As a chick, I got used to giving speeches so I’m comfortable with public speaking and I’m happy to speak about everything.

“I’m especially happy to speak up about things I believe in. Us birds, we’ve got to stick together, after all, we’re all birds of a feather.”

One fan wrote: “The pigeon could be Linda Robson… Loose women and birds of a feather?”

Another chimed in: “Pigeon is Linda Robson off Loose Women 100%!” while a third said: “Linda was in Birds of a Feather.”

“Birds of a feather has me thinking Linda Robson (and on Loose Women they speak about anything)!”a fourth added.

Linda, 64, is best known for playing Tracey Stubbs in the much-loved sitcom, and now appears on Loose Women.