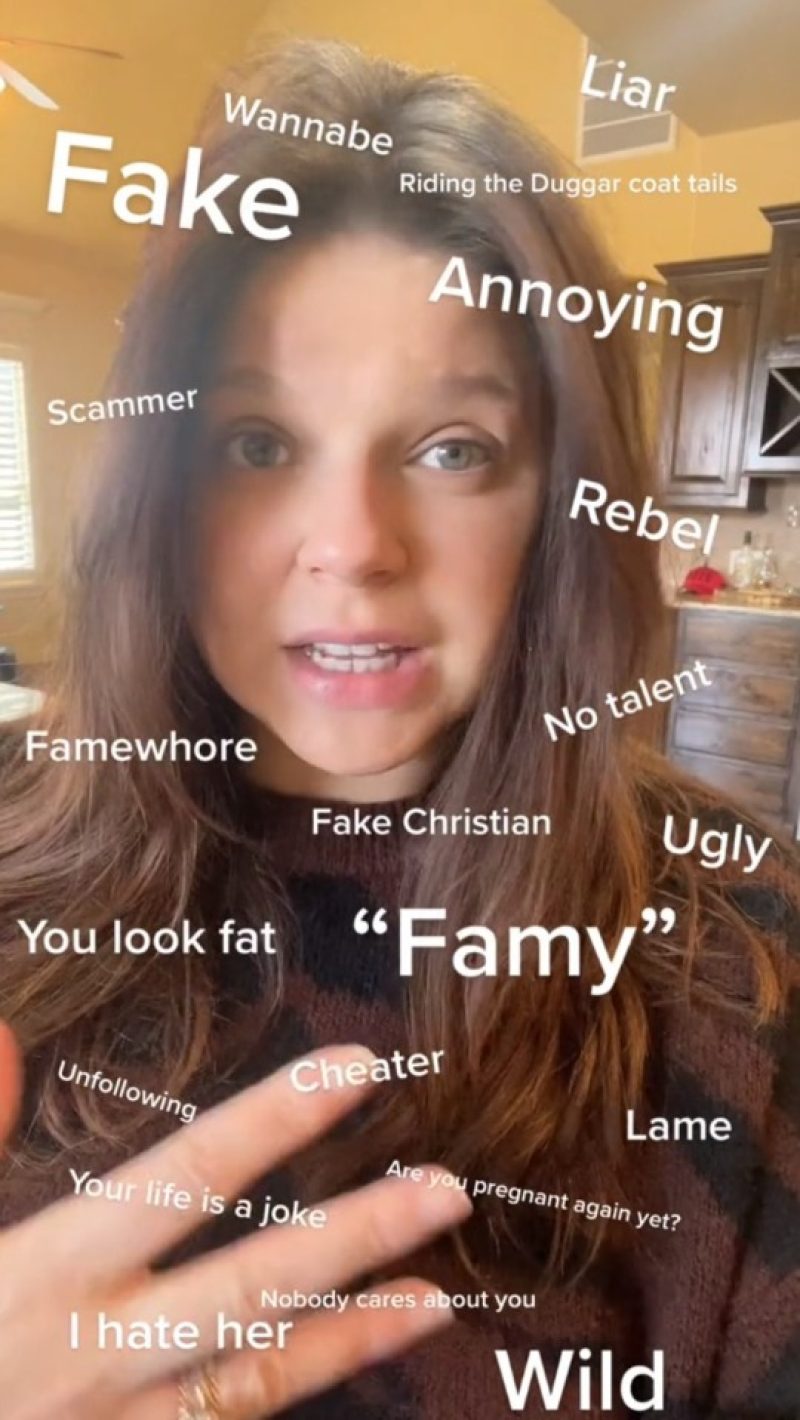 AMY Duggar has given fans an update on her family feud with her uncle Jim Bob.

Amy, 36, shared a new video on TikTok on Friday where she slammed her haters and promised to “keep on shining”.

In the video, surrounded by graphics of some of the negative words and phrases that have been said about her, Amy, 36, spoke from the heart.

“Just a reminder: if you are happy, shining bright, doing your best, healing from things, you’re going to trigger someone. And they’ll have a lot to say.”

All around her were disparaging words like: “fat,” “wannabe,” “ugly,” and “annoying.”

The reality TV star took another swipe at her detractors in the video’s description.

“Keep on hating and I’ll keep on shining!” she exclaimed.

“This year is my year to be Bold! Bold in my actions, bold in my faith! Bold to stand up for what is right! Bold in everything I do.”

Amy’s followers were quick to comment on the post, as one person said: “Keep shining your light!”

Another wrote: “you are amazing!! needed this today,” while a third commented: “Haters gone’ hate. You’re good people. We like you.”

A fourth fan gushed: “I’ve loved seeing you share your story and the truth!! You’ve helped me more than you could know.”

And someone else said: “so true but you’re way ahead of them.”

When one person asked: “Do you talk to your uncle and aunt now?” Amy gave a very honest response.

“If I talked to them I wouldn’t hold back. but for now. I do not speak to them,” she replied bluntly.

Amy’s update comes after she complained she gets “attacked” because of her famous family.

The rebellious reality star, who is a cousin to the 19 Duggar brothers and sisters, opened up about the lows of TV fame in a separate video.

Posting again to TikTok, Amy shared a video of herself looking pensively out of the car window.

In the caption, she explained why she was feeling in a low mood.

“Realizing you can’t please everyone even when you have kind and genuine intentions,” she began.

“I’ll always be compared to other family members.

“I’ll always be attacked just because of my maiden name and there’s nothing I can do to change that.

“These are the lows of being a part of reality TV.

“For those that do support and see my heart, thank you.”

Amy has explained that she does not have the best relationship with her conservative family.

She does share a tight bond with fellow rebel Duggar, Jill, 31, and even attended the mom-of-three’s baby shower over the summer.

However, she’s rarely seen with her uncle Jim Bob and aunt Michelle‘s other 18 children.

When one fan asked if she talks to any of her other cousins, Amy opened up.

“I do! But I am selective though,” she admitted.

“What matters the most to me is that I’m surrounded with genuine caring people. Sometimes friends become family.”

Tik Tok / Amy DuggarAmy admitted that if she did speak to her Uncle Jim Bob and his kids, she ‘wouldn’t hold back’[/caption]