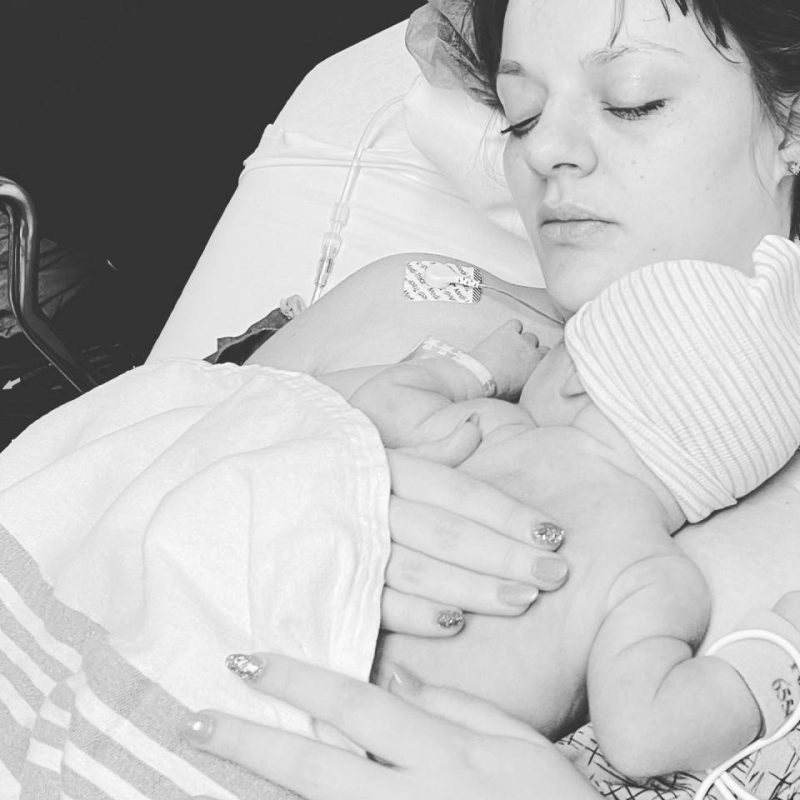 Raiven shared an image with her baby boy on Instagram.

The ABP star asked her followers to pray for her newborn son, who is in the Neonatal Intensive Care Unit (NICU).

Raiven wrote: “Our son was born yesterday morning. It was my scheduled C-section.

“We decided this was the best option due to risks and my firstborn being a C-section.

“Unfortunately, he has a few things going on. So he is in the NICU.”

The Discovery Channel star continued: “It’s so difficult making it to 38 weeks and baby boy going to the NICU like his big brother.”

She described her second child as “absolutely perfect.

“We are so so grateful to have yet again a wonderful son.

Raiven ended the post: “We will be sharing his name and further pictures once baby boy is more stable.

“All prayers are appreciated and welcomed.”

Raiven announced she was pregnant with her second child about four months after her wedding with her ex-husband Bear Brown.

The former couple got married in January 2022.

At the beginning of December 2022, the reality star announced that she and Bear “have separated.”

The TV star announced the sad news on social media and added she was “putting my health and my children first.”

Raiven continued: “We will be co-parenting, no drama, and I won’t be sharing info past this point.

“Our kids will be well taken care of.”

Along with their newborn son, the the former couple share their six-month-old son River.

The TV personality did not reveal a reason behind their divorce but declared that a singular statement from the exes will be shared.

Bear was arrested for domestic violence assault in the fourth degree on March 11, 2022.

At the end of April 2022, The Sun exclusively revealed that he has accepted a plea deal and had reconciled with Raiven.

Bear’s former partner recently opened up about the complications during her pregnancy.

While showing off her baby bump, Raiven gushed: “Ignore my wet hair but baby boy is getting big.”

A fan asked if she had had any more complications with her pregnancy.

Raiven replied: “I went to the ER again but thankfully we were able to stop contractions again.

“But I’m on bed rest until he is born and has weekly appointments.”