Tori Spelling gives ‘not great’ health update on daughter Stella, 14, after teen was hospitalized twice in just one week 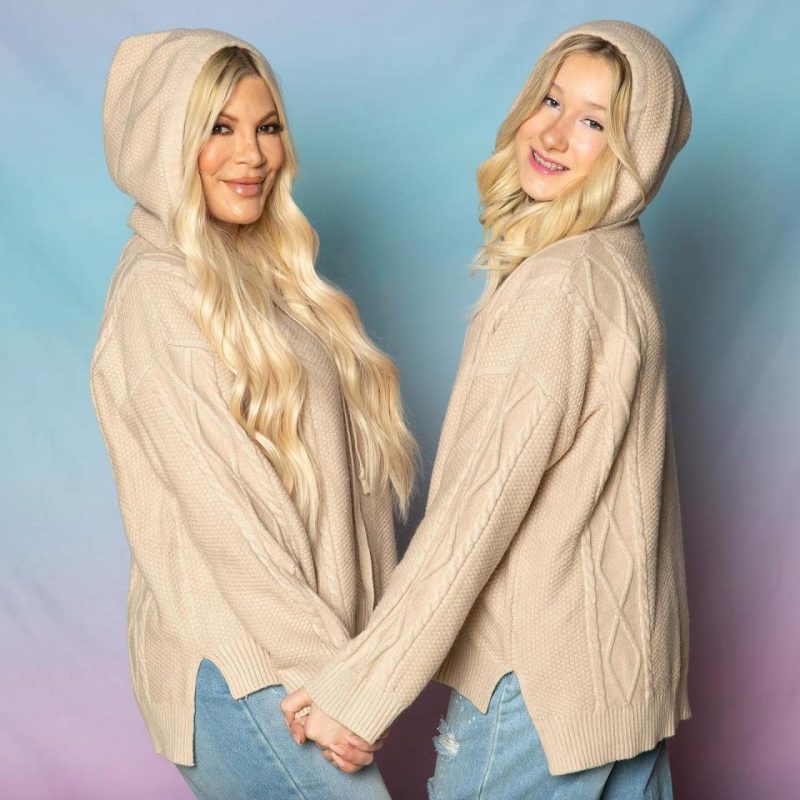 TORI Spelling has given a bleak update on her daughter, Stella, who was hospitalized after suffering from extreme migraines.

It was the second time in a week that the teen was sent to the hospital.

Tori, 49, shared the grim news on SiriusXM’s “Jeff Lewis Live,” after the host asked how Stella was doing.

“So everyone knows, she went once last week, and then she went a couple of days ago and was diagnosed with a hemiplegic migraine.”

That’s a rare form of migraine where people experience weakness on one side of their body along with headache and other symptoms.

According to Tori, when Stella gets a hemiplegic migraine, one side of her body goes numb, like she is having a stroke.

“Her left arm went completely numb,” Tori explained. “She couldn’t lift it. And then half of her throat, and then her mouth, so it looked like she had had a stroke.”

The former Beverly Hills 90210 star shared her frustrations over her daughters’ troubles.

Last week, Tori shared a heartbreaking snap of the teen lying in a hospital bed.

In the image, Stella wore a hospital gown and had wires hooked up to her chest.

She covered her features in a face mask and had her attention focused on someone else out of the shot.

Tori shared the snap on her Instagram Stories early on Thursday morning.

She captioned it, “The hits just keep coming,” and added a
crying face emoji.

The health scare comes just weeks after Tori herself was rushed to the hospital, suffering from breathing problems and “crazy dizziness.”

Tori shared a selfie update to her social media smiling and holding up a peace sign while lying in a hospital bed.

The Stori Telling author captioned the post: “Here I am in [the] hospital since late last night.”

She disclosed that she had experienced “high blood pressure and crazy dizziness” and revealed that her doctors were running a “battery of tests.”

The Masked Singer contestant also took a shot at the doubters who had apparently “gaslit” the actress when she expressed that she felt “too sick to work.”

Tori explained: “How about next time [you] take someone at face value and show kindness instead of doubtfulness.”

She continued: “Remember, for people like me, NOT working is a nightmare. I’m a hustler and a workaholic. I always choose work.”

The Tori & Dean alum later opened up to her followers about wanting to “get home to [her] kids.”

Tori and Dean, 56, have faced divorce rumors since last year, as she was spotted without her wedding ring and rarely seen with her husband.

The U.S. Sun previously reported last year: “Tori and Dean are totally stuck together right now. Neither of them can afford to go through divorce proceedings.

“They have five kids and a ton of pets. Their home is always a disaster- it’s just a total mess.”

The insider added: “Right now divorce isn’t on the horizon because they can’t swing it financially. They are in a living nightmare.”

But they appeared to have reconciled, as the stars posted together for the first time in months in August 2022.