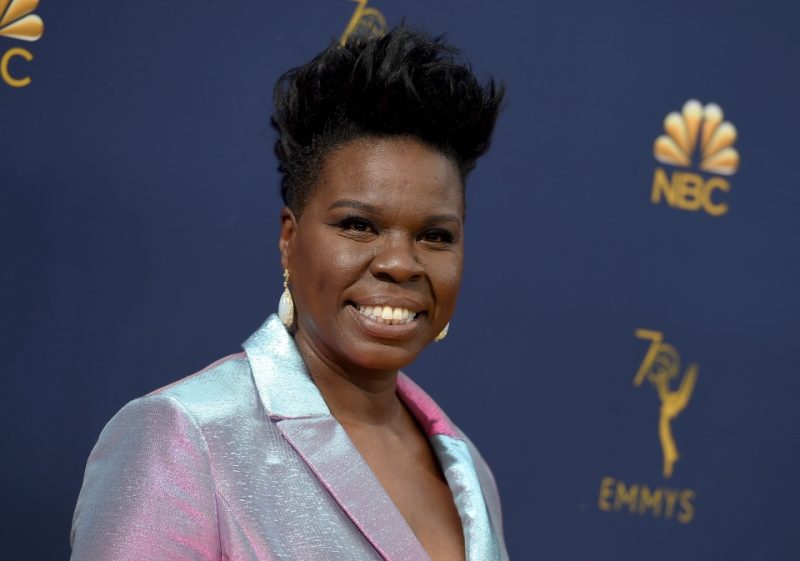 THE Daily Show execs are setting their sights on hiring a permanent female host, The U.S. Sun has exclusively learned from multiple sources.

The Emmy Award-winning show kicked off its new chapter with guest host Leslie Jones on January 17.

GettyChelsea Handler will be hosting the week of February 6[/caption]

Next week, comedian Wanda Sykes is set to guest host.

Following Wanda, funnyman DL Hughley will be hosting the week of January 30, followed by Chelsea Handler, and Sarah Silverman.

The U.S. Sun has learned that even though there are both men and women guest hosting, executives are leaning more towards replacing departed host Trevor Noah with a female.

“They are ready to hire a permanent female host,” a source told The U.S. Sun.

“A decision hasn’t been made- it can take months- but they are strongly considering having the next host be a woman.”

The insider continued: “They are considering a few different people at the moment and have even had one-on-one conversations with people like Chelsea Handler.

“Each week is basically a test to see who’s best fit. They want the next host to be just as loved by fans as Trevor Noah.”

The U.S. Sun has reached out to The Daily Show for comment.

An eyewitness who attended a taping of The Daily Show this week exclusively told The U.S. Sun that behind the scenes, the producers and crew are “making notes” on the audience’s reaction.

“During commercial breaks, the cameramen and producers were looking back at the audience to see if they were enjoying watching Leslie host,” the eyewitness said.

“They were definitely making observations.”

The eyewitness added: “The show can use a strong female lead. Behind the scenes, the staff is primarily middle-aged men.”

Leslie kicked off the first week of the 2023 season with lots of laughs.

Despite appearing “nervous,” according to the eyewitness who saw she held a mini fan to her face and was taking deep breaths, the audience had positive reactions.

One person tweeted: “I love the energy she’s brought. They need to keep her! If not give her her own show. Leslie is pure [fire].”

Another user tweeted: “Cancel all the other guest hosts, Leslie Jones is great on The Daily Show.”

Someone else tweeted: “Have to say I’m loving Leslie on The Daily Show! Her enthusiasm to be there and for the guests has brought many a smile to my face every night she’s hosted.”

Ahead of her week of guest hosting, Leslie made an appearance on Monday’s episode of The View.

Moderator Whoopi Goldberg asked the Saturday Night Live alum if the new gig was something she would be open to doing every day.

Without giving a direct response, she explained that as a “joyful” person, talking politics every day would “bring her down.”

“With just what we’re going through in this nation, I have enough politics in my life to have to talk about it every day,” Leslie responded.

“Black women run stuff, and sometimes people do listen to us when we come out and are just like ‘Yeah, like, it’s time for you to stop acting this way, let’s behave now, and act like we got some sense,’” she added.

Trevor announced the shocking news that he would be leaving the Comedy Central show back in September.

“After the seven years, my time is up. In the most beautiful way, honestly. I’ve loved hosting this show,” he announced during a taping.

He continued: “What a journey’s it’s been. It’s been absolutely amazing.”

The political commentator’s final episode was on December 8.

Although The Daily Show fans are still upset over Trevor’s departure, he’s already moved on to his next career move.

Minka Kelly’s ex recently kicked off his 2023 Off The Record comedy tour, which has dates in the US from January to December.

During this time, he’s spending a few weeks overseas to perform in the UK and in his hometown of South Africa.

GettySarah Silverman will be hosting the week of February 13th[/caption]