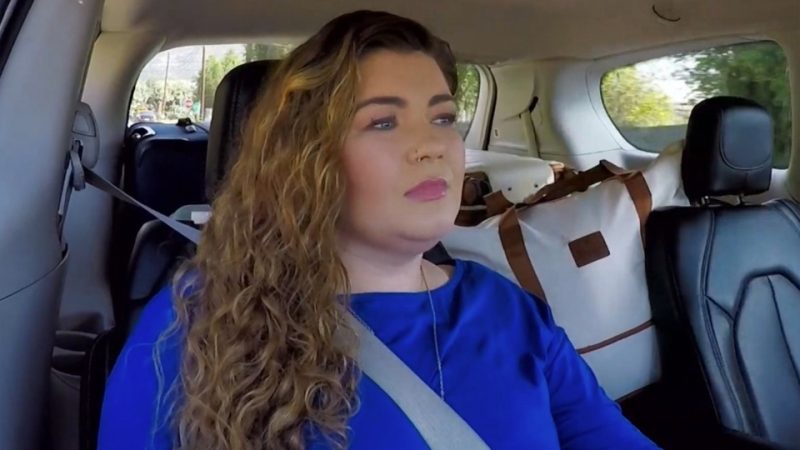 TEEN Mom Amber Portwood has clapped back at fans in a cryptic Instagram message after she reportedly gears up to leave the show.

A source told The U.S. Sun that Amber, 32, has told friends she’s already said goodbye to the long-running MTV series after appearing on it for the last 14 years.

“Don’t forget your daily water intake!” she finished with the hashtag: “Drink your water and mind your business.”

The seemingly snarky hashtag appears to be a dig at fans and comes after news broke that she may be leaving her hit reality show.

The source told The U.S. Sun: “Amber has told people she is absolutely out at the show, that she already quit and gave notice to MTV.”

The source added she isn’t sure of her exact next move yet but is considering venturing into real estate and flipping houses.

However, a second source told The U.S. Sun that Amber has not officially left the show yet and is still weighing her options.

Amber has had a tough go this past year, after losing custody of her four-year-old son James to her ex, Andrew Glennon.

Andrew and the toddler have since moved to California, far from Amber’s native Indiana.

Andrew was granted sole custody of James in July and has since relocated with him to his mother’s $5million estate in Malibu – more than 2,000 miles away from Amber’s Indiana home.

The father of one thwarted Amber’s attempts to regain full custody of James by exposing that she hit their child and did drugs while pregnant.

In a video exclusively recorded by The U.S. Sun, Amber shared that she has not given up on regaining custody of her youngest child.

The Teen Mom OG star revealed that she’s “doing well” given the circumstances but is continuing to “jump through hoops” and is “not going to stop” fighting to get her son back.

When asked about a timeline of when the TV personality expects that to be, she explained that she “has him” though she is trying to navigate the tot living in another state.

“It’s just hard, but people do this every day, and I think everybody out there needs to understand that I am not the only one [and] that people go through a lot worse,” she shared.

Amber elaborated further on how she’s coping with the court’s decision, admitting that the physical distance between her and her son is the main challenge.

“Honestly, this is what it feels like—two different states. Nothing feels any different. I’m going back and forth, and if that’s what I need to do, then that’s what I’m going to do,” she said.

When asked about her co-parenting relationship with her second baby daddy, Amber confessed that they are “trying” for the sake of their son.

Amber has appeared on MTV since she welcomed her now 14-year-old daughter, Leah, with her ex-fiance, Gary Shirley, in a 2009 episode of 16 & Pregnant.

Her struggles with mental health and addiction were extensively covered on the show, as was her stint in prison.

Over 10 years ago, the star served 17 months behind bars on drug charges.

After her release in 2013, she fought to remain sober, reconnect with her daughter, and resume her studies in college.

Recently, she shared a cryptic post about relapsing after her drug battle, sparking concern among fans.

The mother of two shared a quote that read: “Shout out to anyone who is navigating a relapse right now.

“This moment does not define you or your journey.”

She admitted in her memoir that her drug addiction began when she was nine years old.

Twiter/TeenMomThe post comes after a source told The U.S. Sun that the Teen Mom may be leaving the show after 14 years[/caption]