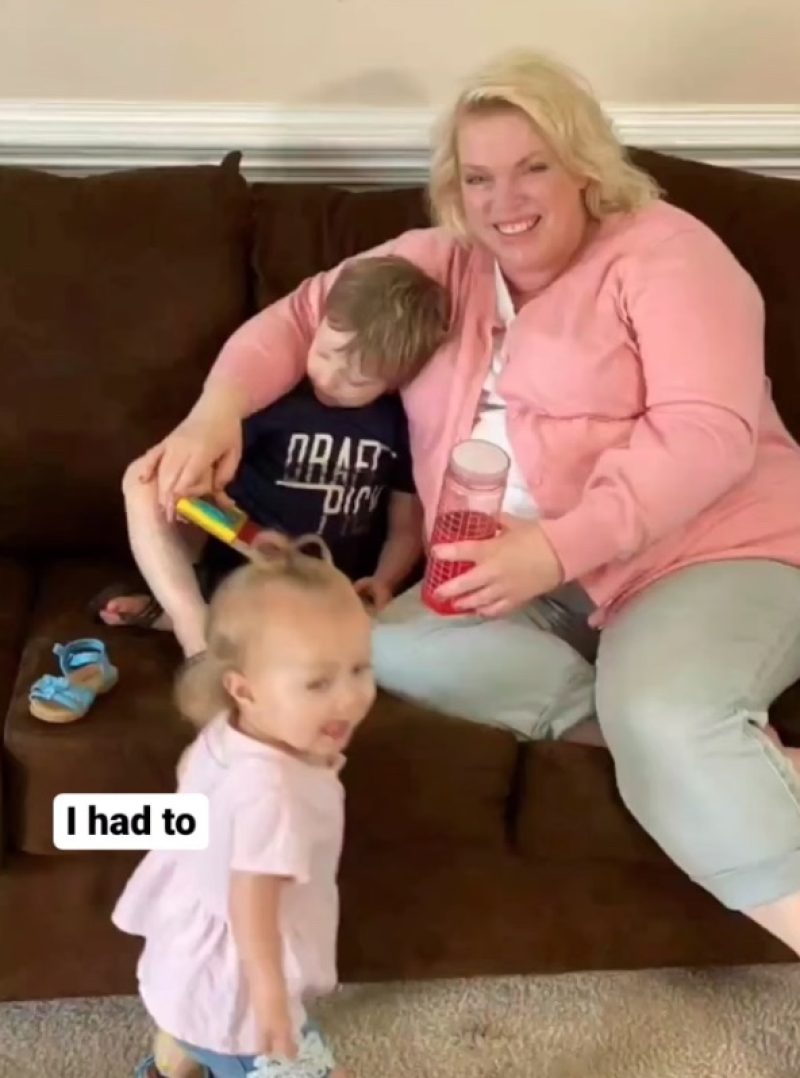 Janelle, 53, shared with her followers what she picked up at the grocery store.

In an Instagram Story, the Sister Wives alum uploaded a snapshot of the one pound of jalapeños she bought.

“Jalapeño poppers, for sure. But it’s just S and I.”

She closed: “So that’s a lot of poppers.”

Jalapeños – which are rich in vitamins A and C and potassium – contain the antioxidant carotene that helps fight damage to your cells, according to WebMD.

Recently, the reality star revealed her weight loss came about through a grueling exercise routine.

In the clip, Janelle squatted huge weights and went on to use the other machines in the gym.

While wearing skintight leggings, she flashed a wide smile at the camera at the end of her workout.

Janelle wrote: “I had no idea when I first started taking a little time for myself several years ago the EMPOWERMENT that would come from being stronger.

“I work out not just to help me change my body but to be strong in mind and spirit as well.

“I have proven to myself over and over again that when you know how much you can push yourself there aren’t a lot of limits. If you are brave enough.”

She ended the post: “What have you done that proved to empower?”

Janelle’s weight loss journey came about from her shocking split from her husband, Kody Brown, 53.

Kody’s exes, Janelle and Meri, revealed they are no longer married to him in the One on One: Part 1 special that aired in December 2022.

Christine and Kody announced their split in November 2021 after more than 25 years of marriage.

Kody is currently down to just one wife, Robyn, 44.

Amid the turmoil, Kody recently celebrated his 54th birthday by himself.

During his special day, the TV personality snubbed his exes and remained silent on social media.

His exes – Meri, Christine, and Janelle – have been more active on social media as of late but made no mention of Kody’s birthday.

His only remaining wife, Robyn, posted nothing about her hubby on social media.

Although, Robyn has not been active on Instagram since 2019.