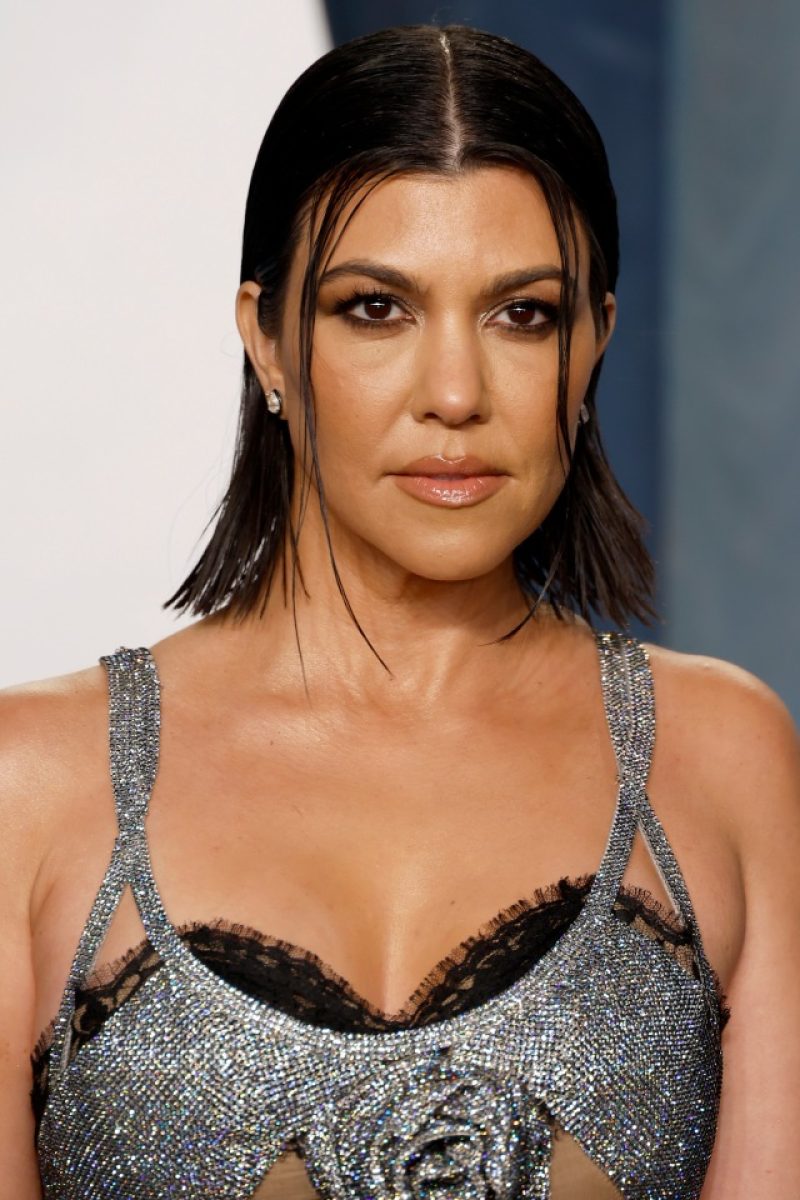 The cookbook author was shown sitting on a chair in a shimmery gold dress with a deep v-type neckline.

Martha, 81, gave a seductive look to the camera, smiling in a coy way.

She had on a face full of makeup, including eye shadow and liner, and a shiny pink lipstick.

Her short blonde hair was styled in a curly manner and slightly tousled.

The photo was posted on Kourtney‘s Poosh account and featured the caption: “Deep V tops forever. We’re sharing tips + tricks for preventing and minimizing chest wrinkles so you can confidently embrace a low-cut top at the link in our bio.”

Fans flocked to the comments to praise Martha, with one writing: “Okay Marth!”

Another wrote: “She looks so elegant and amazing!”

Someone else chimed in: “She looks amazing.”

This isn’t the first time Martha has been aligned with the Kardashians.

Last year, Kris Jenner surprised her daughter Khloe Kardashian with a special guest at a lunch: none other than Martha.

The meeting was captured for an early episode of season two of The Kardashians.

The Hulu star was stunned to be in the presence of the lifestyle expert, let alone seated next to her.

After they finished their lunch, they got up from their seats and posed together for a group selfie.

The trio smiled at the camera as Khloe snapped the photo from her phone.

However, months before the scene aired, Khloe shared the image on social media.

In an online thread, viewers watched the scene and slammed Khloe for seeming to photoshop the group shot.

One critic said: “Why does Khloe use photoshop so much on photos from the moments we will see on the show?”

Another added: “We see the photoshop. Then we see the unedited version on the show.”

“Like does she think we’re stupid?” one angry viewer asked.

After the meeting, Martha spilled all the tea on her unexpected luncheon.

She chatted with Insider about the meeting, revealing that the Kardashians “all eat very little.”

The culinary expert revealed that salad, a fish, and dessert were served.

“I ate at her house. She served me a very fancy, nice lunch, which she ate very little because they all eat very little,” she began.

“Khloé was with us, too, and Khloé hardly ate anything.”

Martha might have some explanation as to why, adding that the lunch “was all very, very nice. But as I said, they didn’t eat anything.”

She also spoke about Kris’s refrigerator, which wowed fans when it was showcased on the family’s Hulu show.

“The refrigerators were like works of art. They were so beautifully stocked,” she said.

“Not one thing in that refrigerator was on my plate,” revealed Martha.

Martha’s comments came after new pictures showed Khloe’s backside looking smaller than ever, with fans claiming that she “had her fillers removed.”

Instagram / @marthastewart48After the lunch, Martha spilled all the juicy details[/caption]

PrevPreviousLove Island host Maya Jama has a famous brother who’s modelled for top brands all over the world
NextJeopardy! fans stunned as rising champ Erin Portman makes one major blunder that cost her a devastating loss to newcomerNext