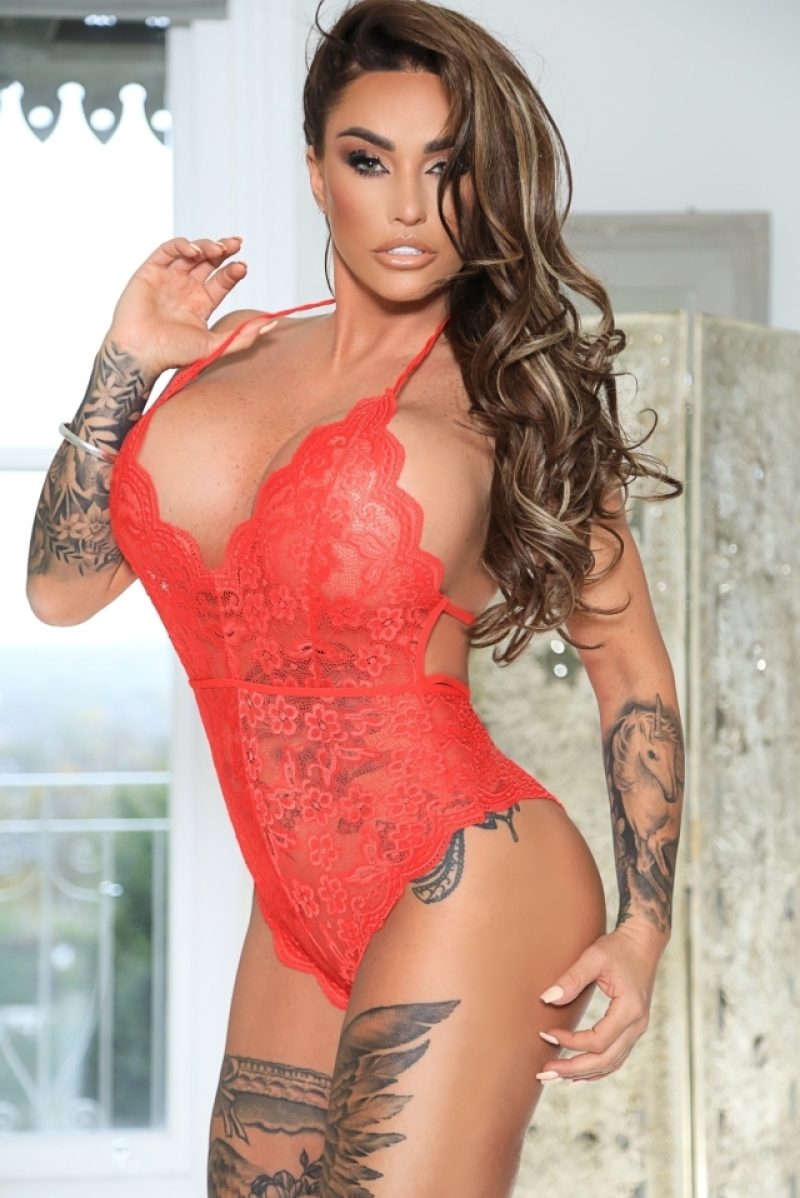 The former glamour model, 44, put on an eye-popping display in daring red look for an OnlyFans shoot.

The mum-of-five showed off her incredible physique and new boobs in the skimpy number.

Katie looked like a new woman as she stretched her arms above her head and ruffled her hair.

She closed her eyes and stuck out her bum, while putting her heavily inked thighs on full display.

Katie completed her racy look with a full face of glam makeup and flashed a big smile which showed off her striking pearly whites.

The media personality treated fans by slashing prices on her Only Fans.

She captioned the photo: “Blue Monday Sale. A huge 75 per cent off. Biggest sale ever ends tonight.”

Katie surprised fans last month by undergoing another operation to get bigger breasts.

The Sun told last month how Katie was determined to take a step towards owning the biggest boobs in Britain when she had her 16th boob op, boasting 2120 CC implants.

She’s shown them off in a number of sexy shoots, but behind the scenes the boobs have been causing her plenty of grief.

A source said: “Katie has been in agony with her new boobs as they are too big for her tiny frame, so they are giving her constant back ache.

“She’s having sleepless nights because she can’t get comfy, so she’s already having second thoughts about going so big with them.

“She had this exact issue the last time she got massive implants in, and that was a big part of the reason why she had them taken out in 2016, but she’d hoped this time would be different.

“Now her pals think it will only be a matter of months before she gets them taken out again. Adding to her woes is the fact that she’s convinced her boobs look wonky and one is bigger than the other.

“She keeps looking at pictures of herself and asking others close to her if they look uneven.”

Earlier this week she showed them off as in a tight brown unzipped jumper and once again as she headed to the boxing with her son Junior, while wearing a sheer bodysuit.