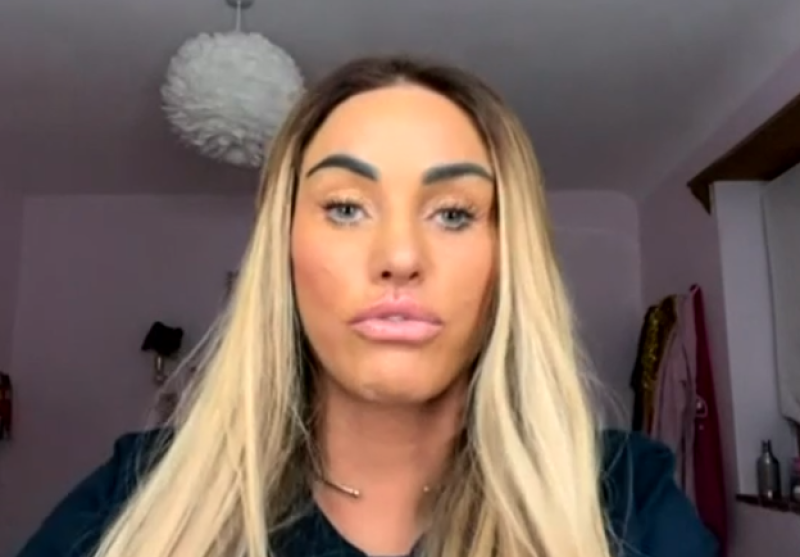 The former glamour model was chatting to presenter Mark Dolan via a video link when the screen went black.

While Katie, 44, returned to the screen a few seconds later, she then couldn’t hear anything.

GB News viewers could hear Katie but she looked confused as she told Mark: “I can’t hear you, can you hear me?”

She then joked “It’s live tv!” as she tried to fix the issue on her end.

Katie played with her computer screen to try and sort out the technical blunder, taking herself out of view.

She then disappeared entirely, forcing Mark to fill the air with anecdotes about his previous history presenting a Fubar radio show with Katie.

Several awkward minutes of padding later, Mark managed to get Katie back on the air, where she went on to discuss her desire to have more kids.

The mum of five said she “would love” more children, before teasing that “a surprise” was coming on Channel 4.

She did not elaborate on what the project was or how it related to her desire to expand her family.

Later in the bizarre interview, Katie also admitted her recent ‘biggest ever’ boob job would not be the last time she will go under the knife.

“Of course I will get more plastic surgery,” she laughed. “[My boobs] are actually the biggest they have ever been”.

The infamous star also shrugged off her money woes, despite being declared bankrupt.

“Money is the root of all evil” she stressed, before calling her bankruptcy situation “quite good”.

Asked if she was ever worth an estimated £60 million, she declined to comment, saying: “I never discuss money ever”.