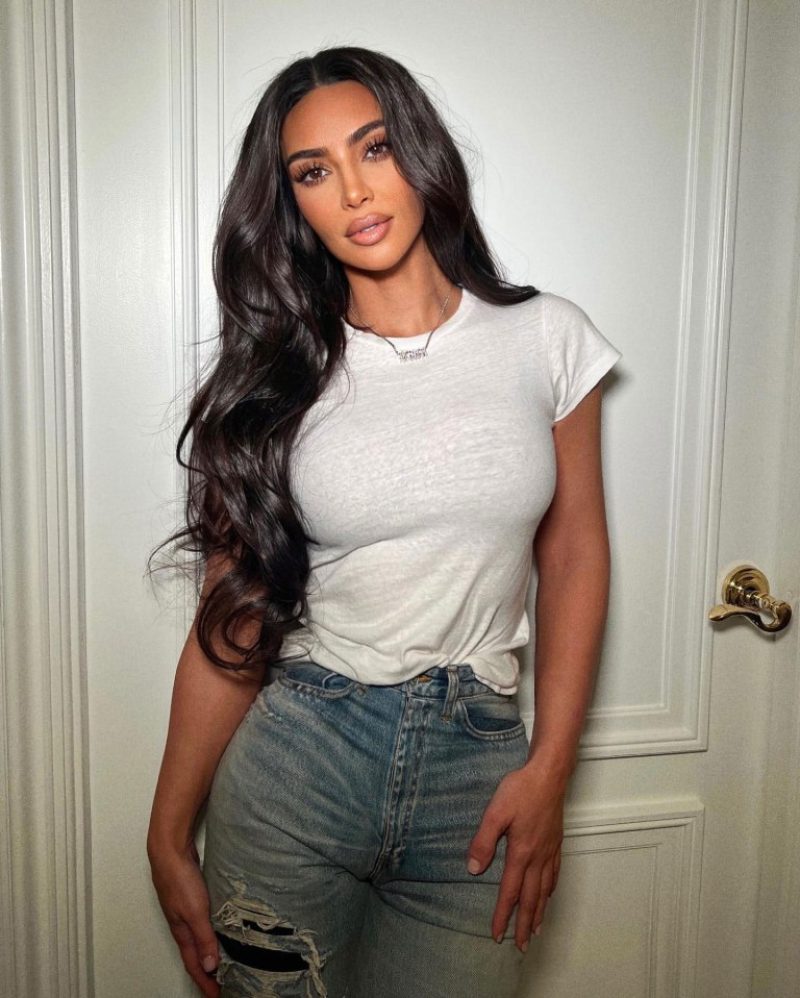 KIM Kardashian may have previously revealed her plastic surgeries before Cardi B outed the star in an interview.

Kim might have already exposed her makeover secrets, according to a 2022 interview uncovered by fans.

The 42-year-old was featured in the cover story for Allure magazine in July 2022, where she divulged how she maintains her youthful look.

In the article, the mom-of-four detailed her intense beauty and wellness routine while also admitting she has the “best doctors.”

At one point, she shared: “I have notes of the best doctors, the best everything…. When this all goes to s**t, I’m going to start a consultancy firm.”

The comment and her daring cover photo circulated on a popular Kardashian forum, where fans wondered if the remark was Kim confessing to going under the knife.

The cover photo showed a then-platinum blonde Kim, completely naked while sitting on a block.

She huddled her body on the platform, with her long locks styled in long braids, strategically covering her private parts.

The original poster wrote: “Quick reminder that Kim outed herself before Cardi B did! From July 2022.”

The post prompted others to weigh in, with someone else writing: “She should probably start the consultancy firm now then, correct?! I would love this Doctors list.. so I know who not to go to, so I don’t get botched!”

Another harshly wrote: “Yeah I was going to say if she’s thinking her face is going to sell her consultancy… I’m not so sure.”

A third chimed in: “She probably does go to the top doctors, but just overdoes her work so she looks botched. You will look botched with even the most skilled set of doctors if you do too much.

“Usually doctors will say no to overfilling, large implants, etc. but they’ll have a hard time saying no to Kim K (especially because she must pay top dollar) & they know she’ll never link them to her work, so they’ll continue to be known for their good work that they showcase on their site and socials.”

While one more said: “She also said once that big celebrities contact her and ask her what surgeries she thinks they should do lol.”

Rumors have been circulating for years that Kim underwent cosmetic surgery to explain her seemingly altered appearance.

While the TV star has denied getting work done – aside from Botox injections and getting her butt cosmetically enhanced – rapper Cardi sparked chatter that that’s not the case.

During the Grammy-winner’s appearance on Jason Lee’s podcast Hollywood Unlocked, the 30-year-old shared her knowledge about her estranged friend Kim’s procedures.

After admitting to her recent nose job, Cardi confirmed that the Skims founder referred her to surgeons who could fix it.

Cardi explained to Jason that in 2020 she decided to get corrective surgery on her nose.

The rap star had previously gotten fillers in her nose; however, the filler elongated the tip too much.

Since plastic surgery on your nose is a significant procedure, Jason asked Cardi a critical question.

“Okay, so how do you decide who you’re going to go to and trust to touch your face and your body?” he inquired.

Jason furthered: “‘Cause I remember the time we were at Kris [Jenner]‘s house, and Kim gave you a list of people you could call and get help.”

“You didn’t call none of those people. You just did it at home?”

Cardi clarified: “No, I called a couple of people that she gave me.”

Kim isn’t the only member of her famous family who’s denied getting a plastic surgery makeover.

Her mother, Kris, 67, has avoided questions about undergoing a facelift.

The youngest sibling, Kylie Jenner, 25, denied transforming her looks besides the lip fillers she got as a teenager.

Khloe Kardashian, 38, only fessed up to getting a nose job, though speculation has risen that she’s had other procedures.

And Kendall Jenner, 26, has repeatedly been called out for getting a breast augmentation, which she has not addressed.

InstagramCardi opened up about Kim’s procedures during an appearance on Jason Lee’s podcast, Hollywood Unlocked[/caption]

InstagramShe claimed they were at momager, Kris Jenner’s house when Kim gave her a list of doctors[/caption]

InstagramRumors have been circulating for years that Kim and other members of her family have gone under the knife, though they’ve denied it[/caption]

PrevPreviousHow many Married at First Sight spinoffs are there?
NextKim Kardashian shades ex Kanye West with cryptic new post after his whirlwind ‘wedding’ to Bianca CensoriNext