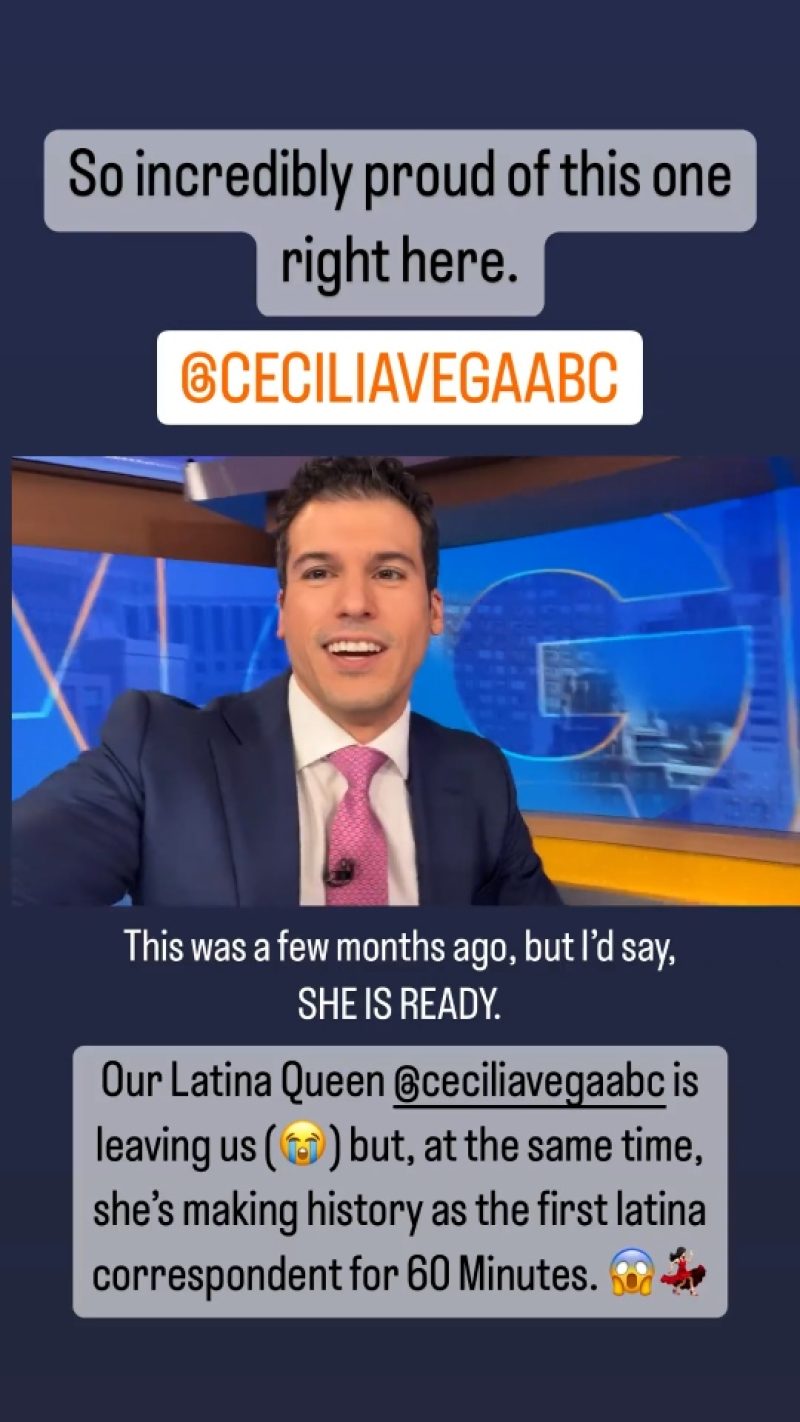 GOOD Morning America host Gio Benitez “cries” as he reveals that a beloved co-host is going to be “leaving” the morning show.

The clip that the ABC anchor posted to his story was just of him and Cecilia behind-the-scenes on the GMA set.

In the video the 37-year-old filmed himself behind the morning show desk alongside Cecilia who was looking on her labtop.

As she was still preoccupied with her computer, Gio excitedly asked her “are you ready?”

Still focused on her computer, the 47-year-old inquired “[ready] for what?”

Laughingly he responded: “What do you mean for what?,” which caused her to look up.

Once the journalist registered that Gio was recording them, and he realized that it finally clicked for her, both she and him broke out into loud giggles.

Gio wrote in his story, tagging Cecilia: “So incredibly proud of this one right here.”

“This was a few months ago, but I’d say she is ready. Our Latina Queen [Cecilia’s tagged account] is leaving us [cry-face emoji] but, at the same time, she’s making history as the first Latina correspondent for 60 minutes.”

The TV star has served as a fill-in-host on the Emmy-winning talk show.

Cecilia typically filled in for Robin Roberts, 62, Michael Strahan, 51, and George Stephanopoulos, 61, when were absent from the morning show.

Cecilia will be heading from New York to Washington DC, and will be the only reporter for 60 Minutes based in the capital.

In a statement to Deadline, the 46-year-old said: “This is a dream come true.”

“I am beyond honored to join the ranks of this legendary show and to work alongside the best reporters in journalism.”

Bill Owens, executive producer of 60 Minutes, told the outlet that Cecilia is a “sensational storyteller.

“I have admired her work for a long, long time and couldn’t be more excited to welcome her to 60 Minutes.

Aside from GMA, Cecilia has also anchored the Saturday edition of World News Tonight.

GMA is losing another host, as Amy and TJ are still suspended from the show.

Earlier this week, one network source exclusively told The U.S. Sun that Amy and TJ are unofficially out at GMA3, and seven weeks after being taken off the air, their newly-appointed legal teams are hammering out a plan with ABC’s attorneys and top executives to make a big announcement.