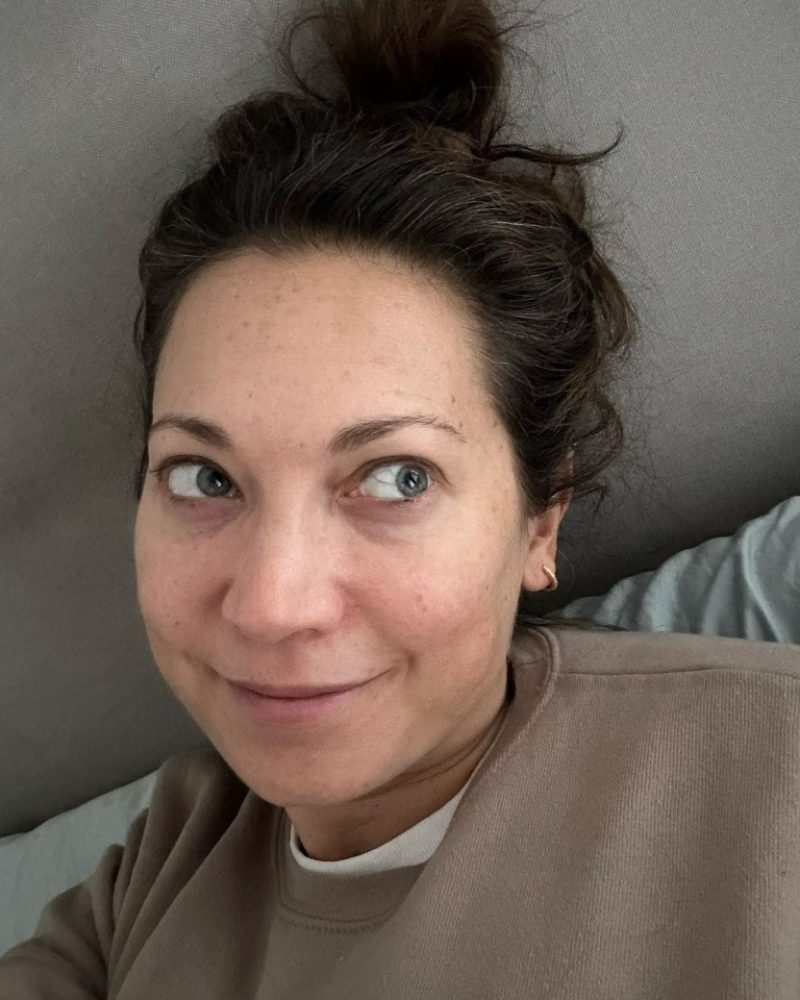 GOOD Morning America’s Ginger Zee has taken to social media to share a health update with fans of the show.

During her time off from GMA, Ginger, 42, revealed to her supporters via Instagram that her infection was “no joke.”

“So grateful for you Lee- this flu is no joke & I know WN is in great hands with you,” Ginger responded.

Later on, in a snap that the ABC personality posted to Instagram she appeared to be laid in bed makeup-less with her hair pulled back into a bun.

The 42-year-old divulged in her post’s caption that she had “influenza” and hadn’t “moved from the bed in 48 hours.”

“When that influenza A light hits you just right… I haven’t moved from bed in 48 hours but this Tamiflu is helping…,” the GMA co-host wrote.

“….I actually see light and have now gone 10 hours without a fever I got laid out by this one.”

Ginger also thanked both her husband Ben Aaron, 41, and his mother Janis Yudelson Salerno in the caption, expressing her gratitude to them for caring for the sons she shares with Ben.

“Thankful for a supportive[Ben and Janis] who have been caring for our sick boys while I lay useless in bed,” the media personality expressed.

Many fans sent the mother-of-two good vibes back and championed her and her sons’ recovery in her comment section.

One fan expressed: “Such an awful time of the year. Healing vibes coming your way and to your boys too.”

Another said: “Fell better! Can’t start my day without GMA and Ginger!”

Other fans heavily related to Ginger’s unfortunate experience, some even gave her their helpful remedies.

TV journalist Lourdes Duarte, 47, explained: “I’ve been so sick too – Theraflu has worked for me. Good Luck! Feel better.”

Ginger became a host on GMA in 2011, ascending to the position of chief meteorologist and weather editor at ABC just a few years later.

In her career she has also achieved becoming a best-selling New York Times author for her book Natural Disaster, according to her personal website.

Additionally, she wrote a follow-up to the award-winning book as well as a series for those between the ages of 8-12 years old.

The series is aimed to encourage children to consider a career in Science, technology, Engineering, Mathematics or STEM.

On top of that, she is a climate change activist, fitness promoter, mental health advocate and was featured on season 22 of Dancing with the Stars.

Ginger was married in 2014 to her husband Ben. They currently reside in New York.

The couple are parents to two little boys, Adrian and Miles.

Instagram/ginger_zeeGinger thanked her husband, Ben Aaron, for helping with their ‘sick boys’[/caption]

GettyGinger became a host at GMA back in 2011[/caption]