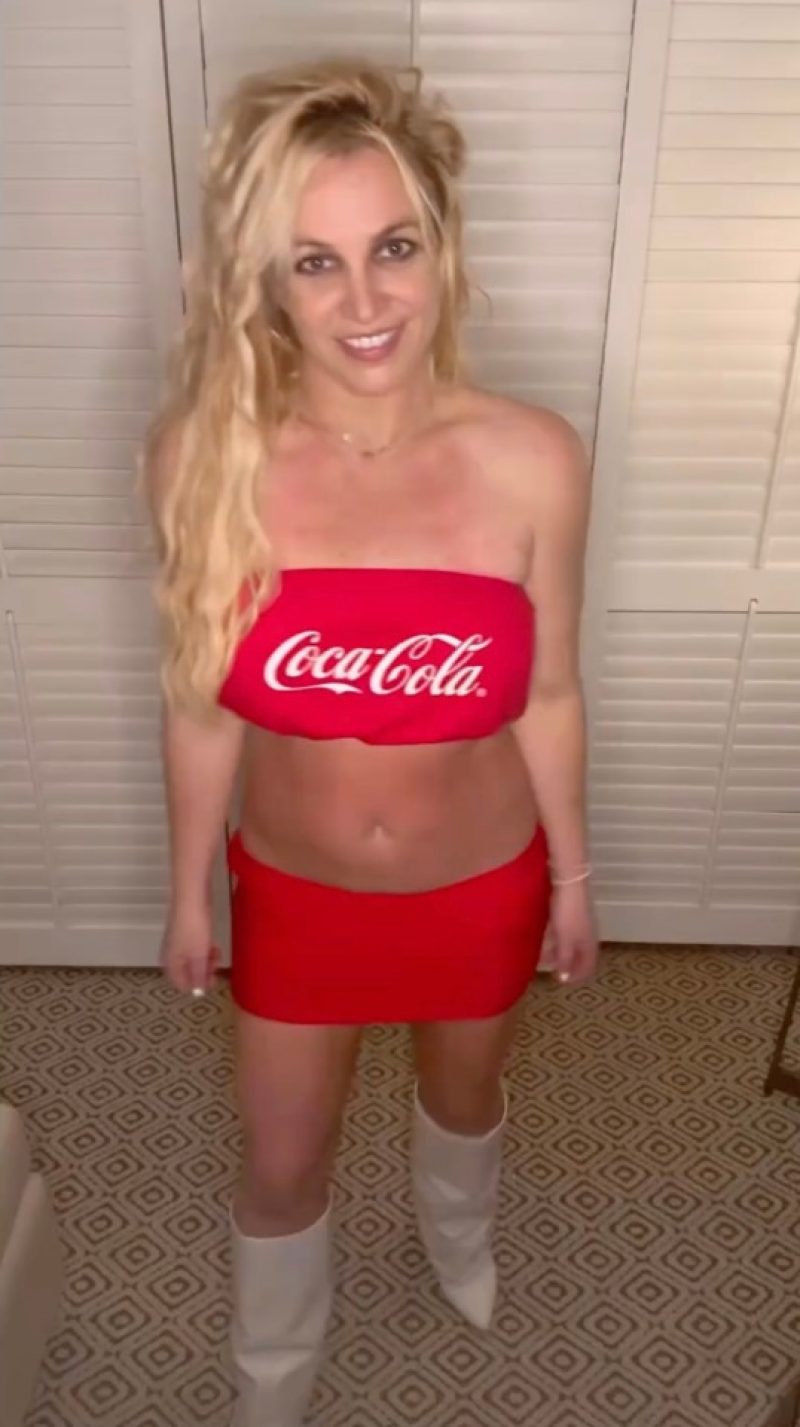 BRITNEY Spears has shocked fans by revealing she has changed her name to River Red.

The singer made the announcement after her husband Sam Asghari slammed claims that he’s “controlling”.

Britney posted an image of Mars and wrote: “A bright one … easy does it !!! Thank you, childhood friend, I found my ball … don’t underestimate the power of purity !!! I

The Toxic singer then added “River Red” to her Instagram bio.

It’s unclear if she has legally changed her moniker yet.

Hours earlier she posted a video of herself in a red Coca-Cola top and a matching miniskirt while dancing to Attention by Omah Lay and Justin Bieber.

The mother-of-two then laughed off claims she had a “meltdown” at a restaurant in Los Angeles earlier this month in the caption.

She wrote: “The news of me being tipsy in the news then exploiting my past is a clever way to make me look like a pardoned woman that we can look at and say AWWW !!!

“My neighborhood friend says I will pay for it the rest of my life !!! I’m sorry dear friend but if you ever got a taste of my pie … I could finally deliver it with my beautiful a** …

“I think my ignorant ways of trusting these TRUSTEES might have nowhere else to look …. not at an ice bowl or to show relevance but maybe MY A**. Pssss different edit of RED !!!!

Sam made the comments in a video by TMZ, in which a photographer asked him about fans’ recent fears that he is “controlling” his famous wife.

Laughing at the question, Sam replied: “No man, I don’t even control what we have for dinner!”

When probed further, he said: “Oh man, you know in the past there has been a lot of stuff going on, so I understand where they’re coming from, they’re just being protective.”

“If anything, they’re just being good fans,” he added, before jumping into his vehicle.

However, people still weren’t convinced and took to Twitter to air their thoughts.

“The more he tries to clear this up, the more suspicious it becomes,” one person claimed.

Another tweeted: “Oh he’s definitely controlling her,” while a third added: “I don’t believe him! He’s the one taking the pictures!”

Sam’s comments come after Britney shared another racy Instagram post – this time of her in the shower.

In the brief clip, Britney, 41, was stood naked and threw her head head back as she let the water run over her body.

She captioned the saucy video: “I’m posting these from Mexico! Honestly I have no idea why but I can see better!”

“I was in the shower for 2 hours but we can’t reveal our bodies now!!! There’s something about shooting in water!!! I wanted to see my eyes!!!” she added.

However, the Gimme More hitmaker decided to keep comments turned off.

Earlier this month, The U.S. Sun exclusively revealed that Britney is milling over a return to singing in 2023 – after initially vowing to walk away from her career.

The star is being besieged with offers for new tracks and collaborations after the success of her comeback duet with Sir Elton John, Hold Me Closer.

Britney is looking at getting back in the studio to lay down some tunes, but it will be “on her terms and in her time,” an insider told The U.S. Sun.

Her music release will coincide with the release of her planned memoir in the spring.

The singer hasn’t released a new album since 2016 when she dropped Glory as her ninth studio record.