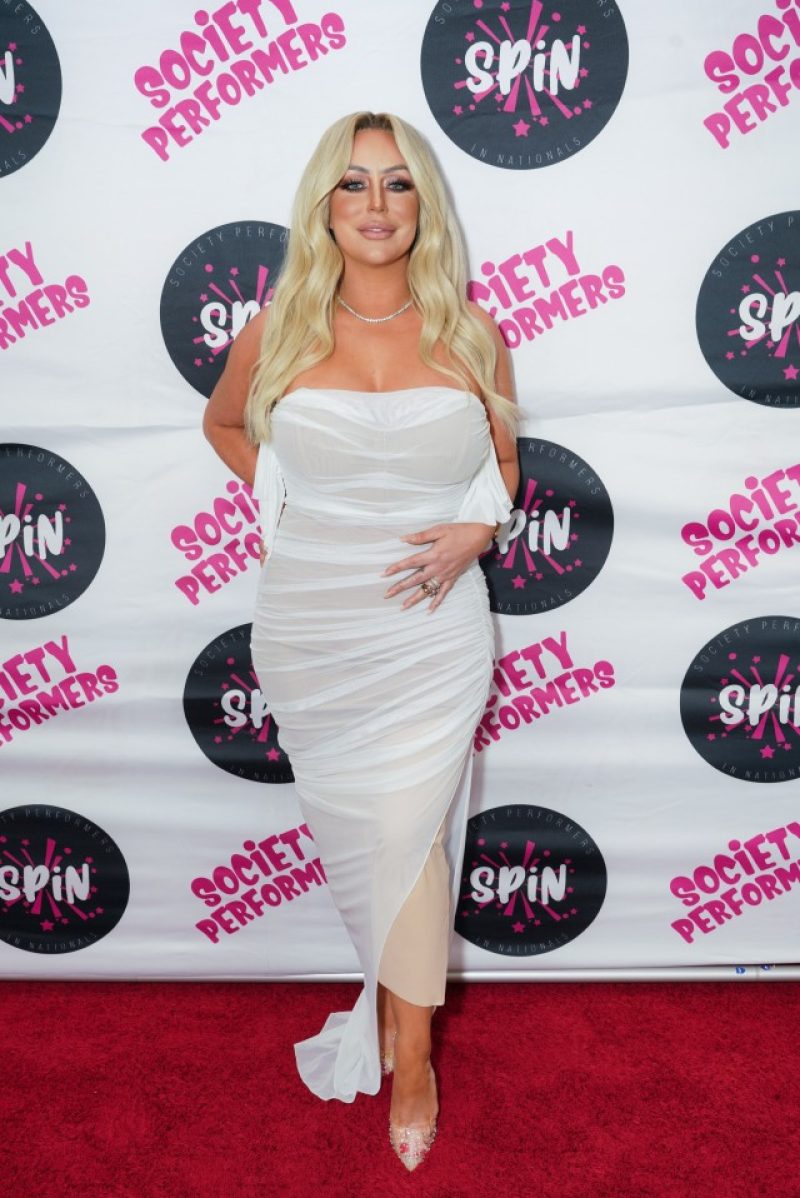 AUBREY O’Day is pregnant with her first child and feels “so excited” about motherhood, The U.S. Sun has exclusively learned from multiple sources.

“She’s early on in her pregnancy, and is so excited.”

She wore a form-fitting long white dress, which hugged her curves.

She was spotted posing for pics while placing a hand on her stomach.

The singer was in “good spirits,” an onlooker said.

On the red carpet, she told a reporter that motherhood was in her future.

“I’ve been having mom fever,” she explained.

In an exclusive interview with The U.S. Sun, Aubrey- who was at the event to support aspiring youth entertainers at the Los-Angeles based children’s performing arts school- also shared an update about her dating life.

“I have someone special in my life,” she told The U.S. Sun.

“When I got home from Bali, which wasn’t too long ago, I was open to dating again.

“After my relationship with Pauly D, I hadn’t had sex or been intimate with anyone for about three years, so this was the first person that I felt comfortable being vulnerable with.”

A source confirmed that Aubrey’s baby’s father is the mystery boyfriend.

She has not released his name out of privacy concerns, but a source confirmed he is not in the spotlight.

The U.S. Sun reached out to Aubrey’s rep for comment.

In March 2018, Us Weekly reported that Aubrey and ex Donald Trump Jr were “trying” for a baby.

Donald, 45, allegedly had an affair in 2011 with the former Celebrity Apprentice contestant while his wife at the time, Vanessa Trump, was pregnant with their third child, Tristan.

An insider told the mag: “Don told Aubrey he wanted to have a baby with her.”

She even called the father of five her “soulmate.”

Then, last year in January 2021, Aubrey expressed her desire to have a child.

She tweeted: “I want to have fun getting pregnant, have a baby, and live peacefully in Bali.”

MOVING ON FROM ‘TOXIC’ PAST

While promoting her new single and OnlyFans music video, Couple Goals, two months ago, Aubrey opened up about her past relationship with Jersey Shore‘s Pauly D, 42.

She explained what lead her to be celibate for three years after dating the 42-year-old reality star from 2016-2017.

“I started over-using sex in our relationship so that his d**k would be so tired, he wouldn’t go f**k girls on the weekends when he went to his events,” she told In Touch Weekly. “I didn’t want him to cheat.”

She added that it was a “toxic” romance, but she wanted people to see her “in this perfect relationship.”

The San Francisco native was most recently linked to Big Brother‘s Kyland Young, 31.

“[Kyland] and I have been cuddling a little bit,” she told In Touch in November, while also mentioning that she has been talking to another man.

“I’m not gonna lie, but Kyland and I kissed. We kissed a little, and he cuddles me at night.”

Picking up the pieces, Aubrey is staying positive and recently stated on her Instagram that 2023 is “my year.”

“There are miracles in all of us waiting to happen, never give up on yourself!” she told her followers.

GettyAubrey allegedly had an affair with Donald Trump Jr. in 2011[/caption]

AFPAubrey dated Pauly D from 2016 to 2017, and then became celibate for three years[/caption]