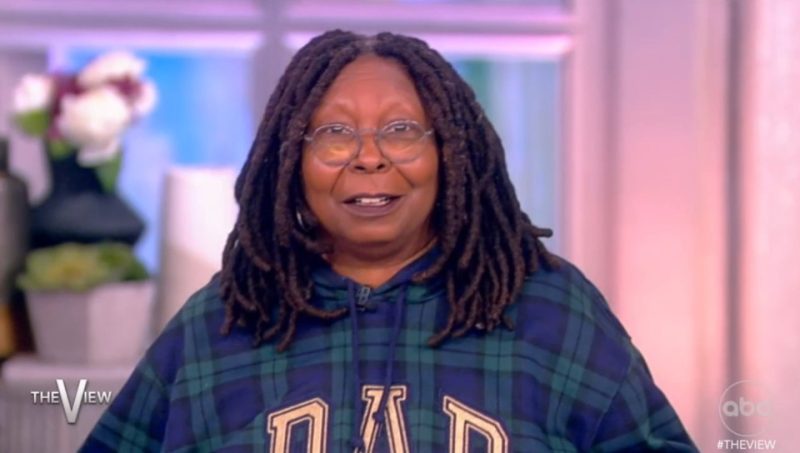 WHOOPI Goldberg and Sunny Hostin have decided to take Thursday off from The View without any warning to viewers.

Fans have been left feeling outraged after discovering two of their favorite hosts absent from the morning show.

At the start of Thursday’s show, Joy Behar, who took over as the moderator, announced that both Whoopi and Sunny were off from the show.

She did not reveal the reason behind either of the absences.

Ana Navarro, who’s a part-time official host, was there to help fill out the table.

Bachelorette star Rachel Lindsay also appeared on The View, not as a guest but as a guest co-host.

One upset fan tweeted: “No Sunny and no Whoopi today?!”

Another insisted they were turning off the show “without Whoopi and Sunny.”

“Forgot Rachel Lindsey was guest co-hosting! And Whoopi’s not there! On a Thursday! It’s kinda happened before, but still,” a fourth said.

Whoopi’s absence comes just one day after she abruptly stopped the talk show to call out a heckler in the audience.

On Wednesday’s show, The View host went to go sit in their respective seats at the start of the show, just before the unusual interruption took place.

The crowd went wild, cheering and yelling for the hosts.

After the initial cheering died down, one person shouted something and Whoopi pointed to them and said: “OK. All right.”

The other hosts all laughed and Sunny said: “It’s a happy Wednesday crowd.”

Whoopi went on with the introduction when she realized what an audience member screamed at her.

The moderator turned back to them and asked: “Did you just call me an ‘old broad’?”

“It’s Wednesday,” Sunny said as if to explain.

“It is Wednesday, and I am an old broad and happy about it,” Whoopi told the crowd.

Sunny chimed in and said: “Because we always say, ‘What’s the alternative?”

“Yeah,” the 67-year-old spoke up. “The alternative is not attractive to any of us. We all want to be old broads and old dudes. You know?”

However, it didn’t seem like the audience member meant any ill will toward the host.

Whoopi did recently release a book called Two Old Broads: Stuff You Need to Know That You Didn’t Know You Needed to Know.