Where is Mila Kunis from? 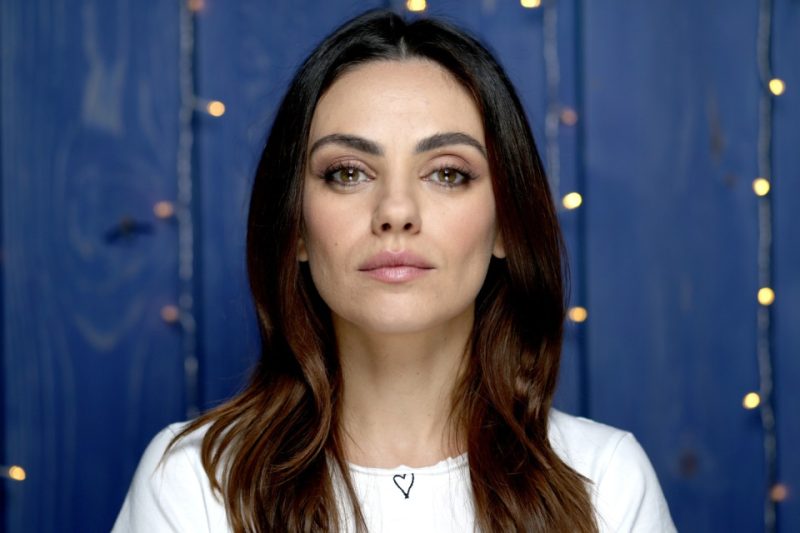 WHEN Mila Kunis migrated to the United States, she landed several Hollywood roles.

The That ’90s Show actress was born in Ukraine and has championed many causes in support of her home country.

Mila Kunis was born in Ukraine, her family later migrated to the United States

Where is Mila Kunis from?

On August 14, 1983, Mila Kunis was born in Chernivtsi, a city found in the Ukrainian SSR of the Soviet Union – now known as Ukraine.

“My parents went through hell and back,” Kunis told Glamour in 2016.

“They came to America with suitcases and a family of seven and $250, and that’s it.”

She said aside from her parents, herself, and her brother; her grandparents traveled to the US to make a better life for themselves.

Her parents worked arduously to learn English and further their careers, and Mila said her dad Mark Kunis worked about seven jobs to keep the family afloat.

“He painted a house. He would deliver toilets. He drove a cab, delivered pizzas. Whatever he could do, he did,” Kunis said.

Her mother Elvira Kunis worked as a box lady at Thrifty in Culver City, California.

She retained the position until she learned English and worked her way up to eventually become the manager of a Rite-Aid while her dad owned cabs.

“But growing up poor, I never missed out on anything,” she said.

“My parents did a beautiful job of not making me feel like I was lesser than any other kids.”

By the time she was 14 years old, Mila became a household name for her role as Jackie Burkhart on That ’70s Show.

For eight seasons, she played Jackie opposite to her future husband Ashton Kutcher’s character Michael Kelso.

She went on to land roles in Four Good Days, Luckiest Girl Alive, Family Guy, and the Netflix spinoff That ’90s Show.

When did Mila launch her GoFundMe for Ukraine?

On March 3, 2022, Mila and her husband Ashton announced they were launching a GoFundMe to pledge their help to the people of Ukraine in the midst of their war against Russia.

“The events that have unfolded in Ukraine are devastating; there is no place in this world for this unjustified attack on humanity,” Mila said in a video posted to YouTube.

She praised the strength and resilience the Ukrainian people have shown since Russia invaded their country on February 21.

Mila and Ashton announced they set up a GoFundMe page to provide humanitarian aid and relief to the people who stayed to fight and the millions who have fled to neighboring countries.

“While we are witnessing the bravery of Ukrainians, we are also bearing witness to the unimaginable burden of those who have chosen safety,” Ashton said in the video.

“Countless amounts of people have left everything they know and love behind to seek refuge.”

He continued: “With nothing but what they could carry, these Ukrainian refugees are in need of housing and supplies right away.”

The donations will go to Flexport and Airbnb, “two organizations who are actively on the ground providing immediate help to those who need it most,” the page reads.

Shipments of relief supplies are being sent by Flexport to refugee sites in Poland, Romania, Hungary, Slovakia, and Moldova.

Airbnb is providing free, short-term housing to those who have fled Ukraine.

For anyone who wants to donate, they can visit Mila and Ashton’s Stand with Ukraine GoFundMe page and click “donate now.”

PrevPreviousDuggar fans are concerned about single sister Jana, 33, after spotting suspicious online behavior
NextWho is Avi Sharma on The Apprentice?Next