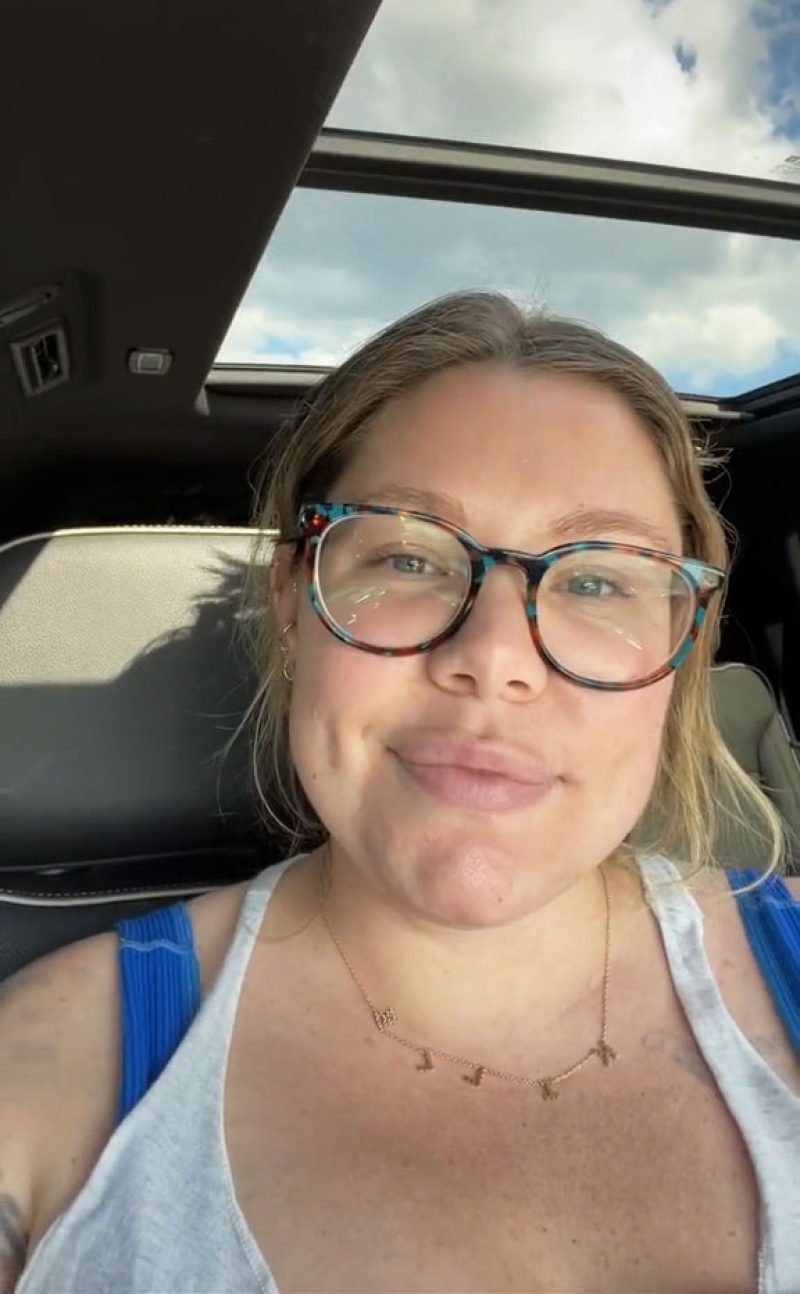 Many are not convinced the young MTV star actually wrote the post himself.

The former Teen Mom star documented the elaborate surprise she put together for her son, as well as the preparation that went into it.

The teen posted a photo of himself and Kailyn posing together surrounded by decorations.

He captioned the post: “Thank you, to my parents for everything. For the care, for the love, and just being in my life in the first place.

“I love you so much, I wouldn’t be here without you. Even through the hard times, you’ve been there. You’ll never know how happy you made me today, and everyday. So happy. I can’t even expres how happy I am!”

Isaac went on: “To all of my siblings, thank you too. We may complain about each other, but at the end of the day, we’re still family. I wouldn’t have made it without any of you.

“I love you all so much, and thank you for everything. We may not be able to see each other often, but you’ll always have a special place in my heart.”

The post was grabbed by skeptical Teen Mom fans and shared on an online thread.

One commenter wondered: “Do you think Isaac or Kail wrote this?”

Someone else replied: “Idk I feel like a 13 year old would think this is ‘cringe’ and at most would write a couple sentences MAX.”

Another fan agreed, writing: “Unless the 13 year old is Barack Obama, who is a great orator, and probably great writer as well, I don’t believe for 1 second 13 year old Isaac wrote this. There’s virtually no errors and the tone seems too mature for a 13 year old to write.”

A third backer of this theory commented: “Kail loves saying ‘at the end of the day,’ which makes me think it’s her.”

Not everyone was convinced, however, as one commenter wrote: “this definitely doesn’t read like a 13 year old wrote it to me.”

Another wrote: “Definitely Isaac. I would have written something similar at that age.”

Someone else chimed in: “Yes, I think it’s Isaac. He’s a creative kid, has a good education and like most teenagers, has a flair for the dramatic.”

Kailyn wasn’t the only one to wish Isaac a happy birthday.

His step-mom, Vee Rivera, took to social media to share a sweet video showing photos of her and Isaac through the years as well as some kind words for the birthday boy.

The clip itself was from last year, but she updated it with a new caption.

Vee acknowledged: “Don’t know how I can possibly top this video I made last year.”

She then wrote: “@IsaacElliottR we love you so so much! Watching you grow has been such a blessing to my life!

“You’re the best bonus son I could ever ask for! Love you eternally.”

Vee also filmed a portion of her house, showing decorations put up for Isaac.

They detailed major news happenings, trends, and more from the year Isaac was born.

She revealed in a caption: “Can’t wait for him to get home from school!”

The mom of one added: “Kail is coming over so we can all celebrate our little teenager.”

Later that evening, Vee uploaded a video of her daughter ViVi playing with Kailyn’s younger sons, Lux and Creed.

She also posted a photo of herself hugging Isaac as he posed in front of his cake and him sitting in front of the cake smiling.

Kailyn threw her own party for Isaac a bit earlier.

A clip shared on her Instagram showed the Teen Mom 2 star’s elaborate setup for the teen, including an arch of blue balloons, a gold sign that read “Happy Birthday,” and a massive number 13.

The décor was set up in the corner of her living room, alongside a giant king throne for the birthday boy.

The treat was covered with macaroons, white icing, and a Happy Birthday cake topper.

The proud mom also highlighted a big gift she purchased for Isaac – a $1,000 iPhone 14 Pro, which she positioned on top of his throne.

The video continued with Kailyn guiding her sons, Lincoln, eight, and Lux, five, in signing a birthday card for their big brother.

Kailyn and her boyfriend, Elijah Scott, 24, also had their own card to celebrate the now-teenager.

A shocked Isaac then came walking down the stairs, taking in the over-the-top display.

Kailyn documented her firstborn’s reaction as he opened his gifts while sitting on his throne and blew out his birthday candles.

She accompanied the video with the song My Wish by Rascal Flatts, playing in the background.

Kailyn gushed over the special moment in her caption.

She wrote: “Isaac. A son, brother, friend. I don’t always get super emotional on Instagram posts but this is a special occasion. Thirteen feels like such a milestone. We have literally grown up together, but in some ways he’s even more grown than I am.”

Kailyn’s post continued: “Thoughtful, brilliant, funny and at times a smartass are a few words I would use to describe Isaac. I think what really inspires me about him is the way he challenges social norms. Because he is curious and open-minded, he can form his own thoughts and opinions. Isaac also accepts people for who they are and never how they’re ‘supposed’ to be. More people should be like him.”

She concluded: “Isaac, I hope this year is full of happiness and adventure for you. I hope you accomplish every goal you set, I hope you learn new things and you’re able to be present. I love you with my whole heart! Happy birthday!”