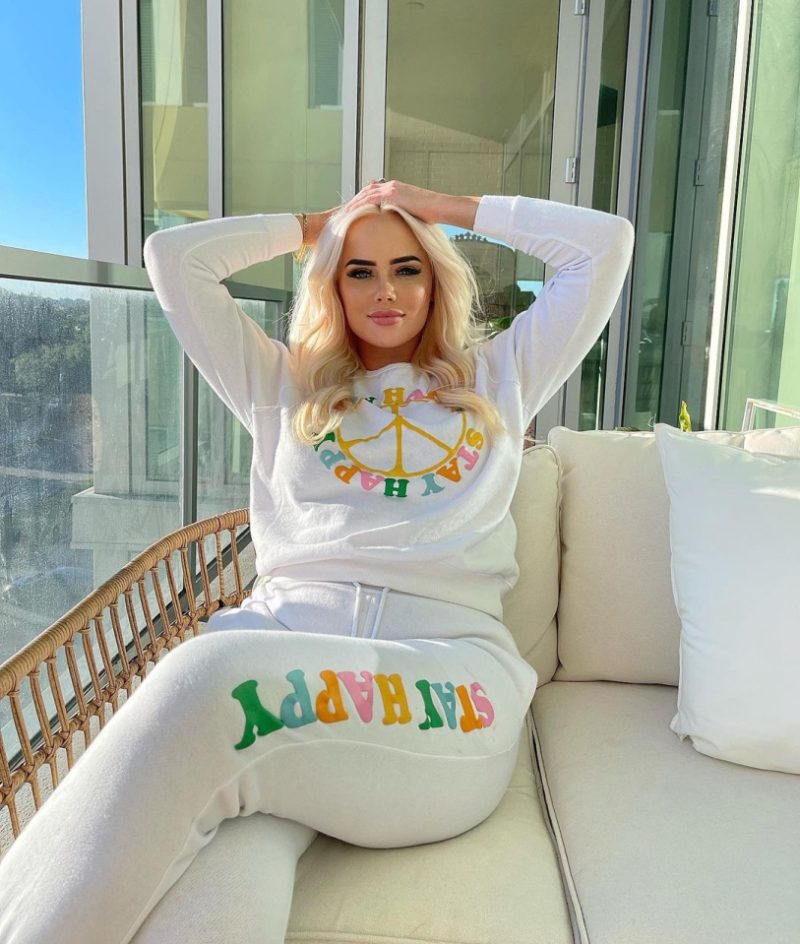 KATHRYN Dennis’ OnlyFans career will likely fail after she was given the boot from Southern Charm, sources have told The U.S. Sun.

The red-haired reality star, whose contract was not renewed by Bravo due to her behavior on set and repeated no-shows, is now desperate for cash, an insider said.

She decided to put herself out there and create an account on the subscription site this week, where she hopes fans will flock to view her saucy photos.

But so far the 31-year-old star, who has shared five posts so far, has only managed to pull in less than 100 likes in total on her page, with a subscription priced at $14.99 a month.

A former friend told The U.S. Sun: “I don’t know how much money you can make on there, we will see if she continues to post on it.

“It seems like she never follows through with anything, but it’s this or nothing for her,” after her TV career abruptly ended this month.

The insider went on: “She has tried so many things; a podcast, kids’ furniture, clothes, an Amazon store.

“She can’t even follow through with companies that want to pay her to advertise on her [Instagram] story for products.

“I was not shocked to see that Kathryn has made an OnlyFans page.

“She’s never had a 9 to 5 job so she found another way to make fast income on her time.

“I don’t think it’s the best look, especially with trying to get back custody of her children but I’m all for doing what you need to do to get by.”

But the source admits she won’t be shy when it comes to pleasing her fans, as she’d previously been branded a “sex addict” by her baby daddy, Thomas Ravenel.

Kathryn’s OnlyFans page currently shows her lounging in a bikini on a sunlounger at her former apartment complex, with her Spotify anthem listed as ‘F***k With Myself’ by Banks.

Her bio teases: “Hey you, your fav ginger here You probably know me from Southern Charm on Bravo but you don’t know the real me – at least not yet.

“I’ve been on tv since I was 21 and just turned 31! Now that I have a place where I can be free to be all of me and taking reign of my 30’s, I’m super excited to be able to express myself in ways that I haven’t been able to over the last 10 years.”

Kathryn added: “I feel like I am finally discovering myself again and am excited to share the journey with you, wings grow strong once the cage is gone.”

The controversial star is not thought to be posing naked on the site, at least for now, as she’s merely sharing modeling photos and content from her travels.

One revealing post teases her fans with the caption: “From behind on rare occasions,” with a wink emoji, while another showcases her as both a blonde and a redhead.

Kathryn, who comes from a wealthy family, was known for blowing through her inheritance on the show, often splashing out on expensive rental homes and luxury cars.

She has also forked out thousands on legal fees during her lengthy custody battle with her ex over their two young children, St. Julien Rembert, 7, and daughter Kensington Calhoun, 8.

More recently, she has faced eviction at apartments across Charleston, as she struggles to pay her bills.

She was hit with two Rule to Vacate notices this year for her WestEdge apartment she once shared with ex-boyfriend Chleb Ravenell.

Kathryn was served with a Rule to Vacate notice for “non-payment of rent” on November 17, 2022 by her new complex, East Bay Apartments.

She has yet to respond to the complaint, according to Charleston, South Carolina court records.

The U.S. Sun also exclusively revealed Kathryn was not offered a new full-time contract for the next season of Southern Charm because of multiple “no-shows” and for treating staff poorly.

Bravo is yet to comment on her departure from Southern Charm, but Deadline claimed recently she may still have a cameo in the latest series.

Instagram account @queensofbravo first reported the rumor, although now a source close to Southern Charm production confirmed the Bravo star has been fired.

The insider shared: “I know Bravo didn’t offer her a contract, but when you treat people poorly like she has they finally get sick of it.

“She doesn’t show up on time or show up at all during filming a lot.”

The source continued: “She treats people like they are beneath her. She can’t stand anyone doing better or getting more attention than her.”

The insider shared Kathryn treated staff on the show and the cast members poorly and would often throw tantrums on set.

“I think that’s why a new producer was brought in; the previous one couldn’t handle it anymore,” the source commented.

The source shared the new producer has been hired, although the producer’s full name has not yet been released to the public.

The Southern Charm insider concluded: “I know she’s had money issues and now I don’t know how she’s going to work, she’s never had a job.

“I’m worried for her, but maybe this is a wake-up call.”

J. Michael WalkerAccording to a former friend, she feels she has no choice but to try OnlyFans[/caption]