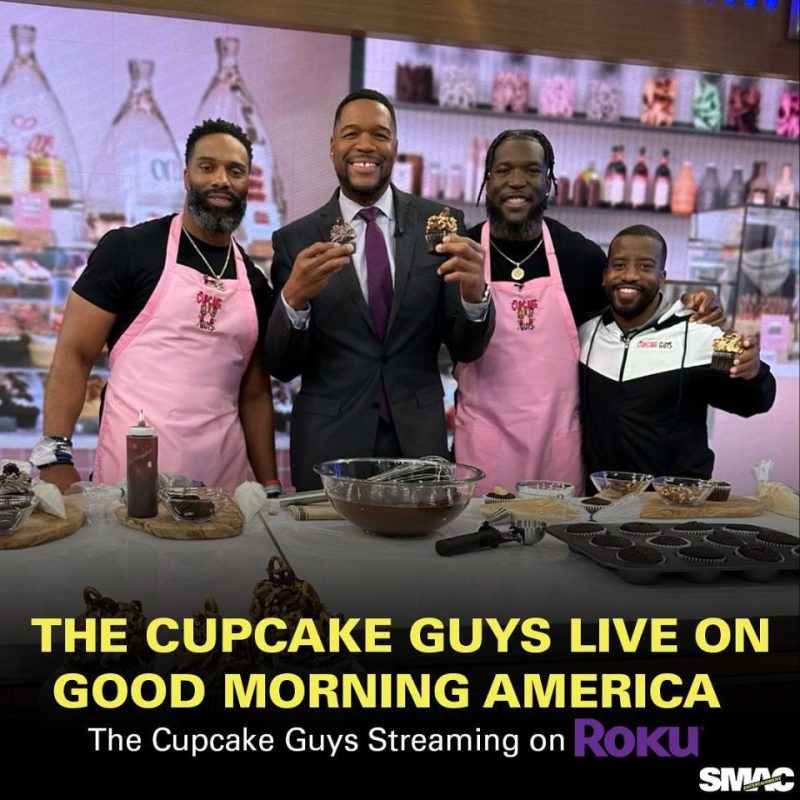 MICHAEL Strahan has revealed a major new career venture after sparking concern over his repeat absences from the morning show.

Michael, 51, divulged on social media that the series he recently produced, The Cupcake Guys, was streaming on the Roku channel.

The 51-year-old promoted the baking team The Cupcake Guys, and their new show of the same name, during a segment that he hosted on Wednesday’s episode Good Morning America in addition to his Instagram page.

In his Instagram stories, the GMA star posted the trailer from the latest cooking series.

He also uploaded a snap from the morning show of him cheesing with the lead stars of the new reality series.

Michael captioned both stories: “The Cupcake Guys streaming now for free on The Roku channel.”

In each of his stories he also tagged The Cupcake Guys brand creators, Michael Griffin, Bryan Hynson and Brian Orakpo.

Michael, Bryan and Brian are the co-owners of the bakery Gigi’s Cupcakes Bee Cave in Bee Cave, Texas.

A show about the Black-owned cupcake business came to existence thanks to the ABC personality’s production company SMAC-Entertainment.

SMAC-Entertainment was the company that produced the series that is now watchable on the Roku channel.

Michael had his company SMAC-Entertainment advertise the show on the brand’s Instagram page also.

The snap on the SMAC-Entertainment page was of The Cupcake Guys smiling beside Michael on GMA.

The picture was captioned: “The Cupcake Guys were live this morning on Good Morning America, showing off their SWEET skills with Michael Strahan. Check out their show, streaming free TODAY on The Roku Channel.”

Michael’s big announcement came after it was reported that the reason he had skipped multiple Monday broadcasts of GMA was because of his current gig with Fox Sports.

However, Michael has sparked concern with his absences, especially since he is out more than other co-stars, such as Robin Roberts and George Stephanopoulos.

After the holidays, Robin, 62, and George, 61, returned to work on the morning show, but Michael was still on break.

On Monday’s installment, co-host Cecilia Vega, 46, filled in for the missing GMA host.