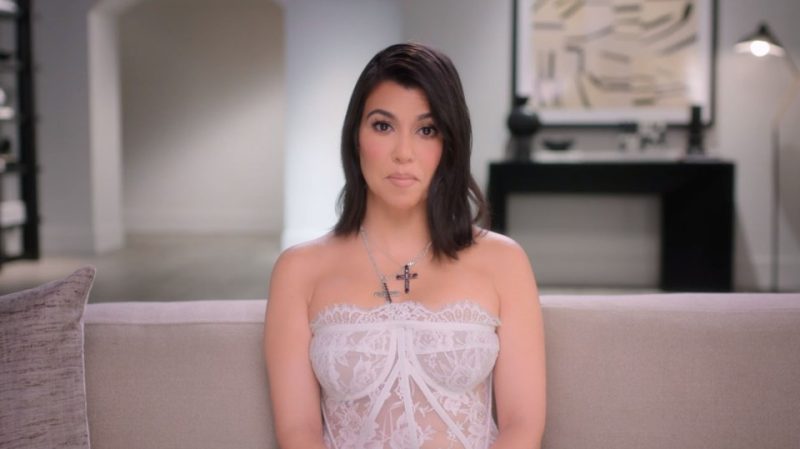 KOURTNEY Kardashian has encouraged her followers to “eat flowers” in a strange new post about boosting health.

The post was an image of a flower arrangement lying on the counter with a link to the article: “The Beauty and Brain Benefits of Eating Flowers.”

Above the link, Kourtney, 43, highlighted the bizarre tip, writing the words: “Yes, eating.”

However, the article wasn’t as literal as the headline suggested, as it urged fans to consume edible flowers due to their “neuroprotective benefits.”

It also stated that certain edible flowers contain “10 times the concentration of antioxidants” compared to ordinary fruits and vegetables.

The health hack comes after Kourtney’s sisters, Kim and Khloe, made headlines over their drastic weight loss.

Kim, 42, began her journey to shed the pounds in May to fit into Marilyn Monroe’s iconic gown for the Met Gala alongside her former flame, Pete Davidson, 29.

She told Vogue on the red carpet that she had to crash diet to squeeze into the famous $5million sparking dress.

Kim continued: “It was such a challenge. It was like a [movie] role. I was determined to fit [into] it. I haven’t had carbs or sugar in about three weeks.”

However, the Skims mogul didn’t stop there as she revealed on the Today show that she continued to lose more weight in the months thereafter.

She shared that she’d lost over 20 pounds since the Gala.

A source exclusively told The U.S. Sun Kim “loves how skinny she is and wants to stay this way.”

The insider said Kim had sugar at her 42nd birthday party: “Her big treat is she’s allowing herself one tiny little bit of birthday cake – the first time she’s having sugar in weeks.”

According to this source, Kim’s diet consists of chia seeds, water, vegetables, and an avocado salad.

“It started with her wanting to look good for Fashion Week, and then it’s kind of gripped her,” the insider added.

Despite Kim’s confidence with her thinner figure, her friends and family worried she’s gone too far, noting she’s the “skinniest she’s ever been.”

The Good American founder often shows off her pin-thin frame on social media – especially when she’s in the gym.

Her routine consisted of a 10-minute warmup on the Stairmaster, followed by five sets of 20 reps on the bench press.

The mom-of-two used the rower machine for about 20 minutes between each strength-training set.

But fans have feared that just like Kim, Khloe might have overdone it with her excessive workouts and strict diets.

And many think the stress from Khloe’s cheating baby daddy, Tristan Thompson, 31, is to blame.

Eldest Kardashian sibling, Kourtney – who recently boasted about her thicker figure – has made her feelings clear about her sisters’ tiny physiques.

In October, a source told The U.S. Sun: “Kourtney likes to point out that you can’t go near either Kim or Khloe mid-afternoon as they are both so hungry they snap at anyone.

“She is convinced that’s why both her sisters are single because no man can tolerate their strict daily plans and twice-a-day workouts.”

The source continued: “She says neither one of them ever has fun because they are counting calories so much – she feels it’s impossible to ever be in a happy relationship like that.”

While Khloe split from Tristan in December 2021, Kim finalized her divorce from Kanye West, 45, in November.

Meanwhile, Kourtney has been gushing over how happy she is about her weight gain since undergoing her intense IVF treatments.

The insider claimed that Kourtney’s confidence about her figure stems from her relationship with her husband, Travis Barker, 47, who made her “realize that having the occasional treat won’t hurt.”

InstagramThe source also said that Kourtney’s confidence in her body stems from her husband, Travis Barker[/caption]