Kim Kardashian admits she shared embarrassing new TikTok after she ‘lost a bet’ to daughter North, 9 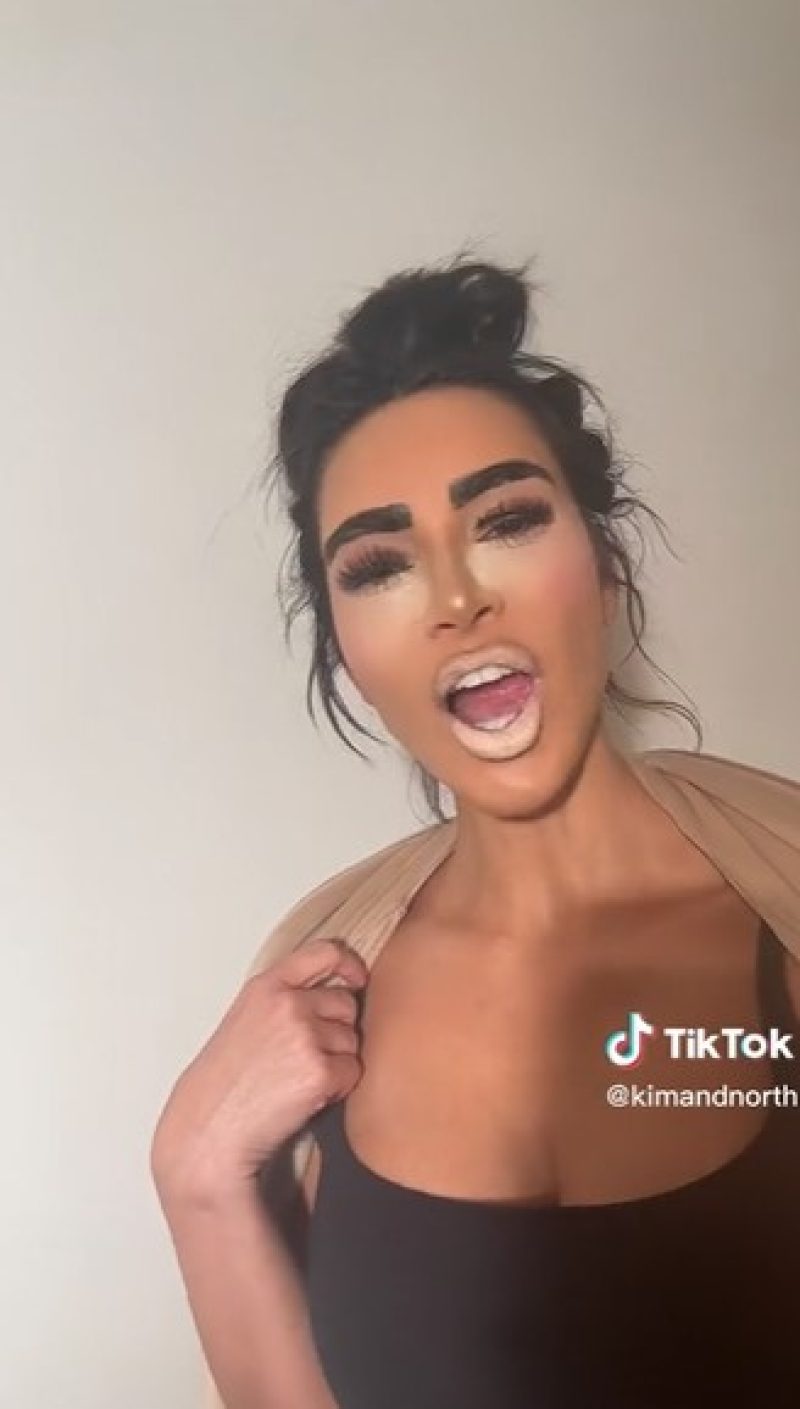 KIM Kardashian has revealed that she shared a series of embarrassing new TikToks after losing a bet to North West.

instagramKim Kardashian has revealed the reason for her embarrassing TikToks[/caption]

Several fans noted that Kim, 42, has been increasingly active on the TikTok account she shares with her daughter, North, nine.

She recently shared a video taking a dig at her sisters, Kourtney and Khloe Kardashian.

The Skims founder then posted a video about her texting habits.

A short time later, she posted a video of herself putting on over-the-top makeup that fans say made her look like a “British chav,” which is the equivalent of calling an American trailer trash.

The video was posted on Twitter, with one commenter writing: “This is the last thing I thought Kim Kardashian would do on TikTok.”

Kim responded to the commenter, explaining: “Me too! The bribes and bet-losing I have going on with North is unreal!”

The Hulu star did not reveal what the bribe or bet was.

Regardless, the TikToks have had fans buzzing for some time.

The chav video in particular created quite a stir on social media.

Kim started off the TikTok wearing a black plunging tank and wearing her dark hair in loose waves.

She finished off the look by sloppily applying fake eyelashes that hung off her eyes.

“The awful makeup, the chewing gum, I f**kin love it,” one fan agreed.

While Kim’s video was clearly intended to be funny, the mother-of-four also appeared to throw shade at her sister Kylie Jenner in the clip.

At one point, she whipped out a Kylie Cosmetics blush and swirled neon pink blush on her cheeks using the brush.

The dig comes after Kim and Kylie had a squabble on social media earlier this week.

Kylie posted snaps of her posing in a field in a black SKIMS jumpsuit, prompting criticism from Kim for not promoting it.

Kim commented on the photo: “can u tag @skims please LOL.”

Amid the drama, Kim has been spending some quality time with her daughter and documenting their antics online.

North even made an appearance in one of her mom’s solo videos, stealing the show.

Kim shared a video with the caption “me every morning.”

The clip gave a POV from her phone while the recognizable sound effects of texting could be heard.

The 15-second clip showed the camera swaying from side to side while Kim caught up with her text messages.

Kim allowed comments on the video, which she typically does not.

A number of fans ripped her for lacking personality and more, while many more focused on the Kardashians star’s daughter, North.

Several suggested North had put her up to the challenge of making a funny TikTok video alone.

Their shared account, which is run by Kim, has become massively popular and many of the videos for their 12.8m followers feature the preteen alone.

The eldest of the Skims’ boss kids likes to show off her special FX makeup skills, have fun with filters, and take fans on tours of her $60m family home.

Earlier this week, North stole the show from Kim’s new TikTok video in which she showed off her dancing moves to Michael Jackson’s Remember The Time.

TikTok/kimandnorthKim has been sharing several solo tikToks, which she doesn’t usually do[/caption]