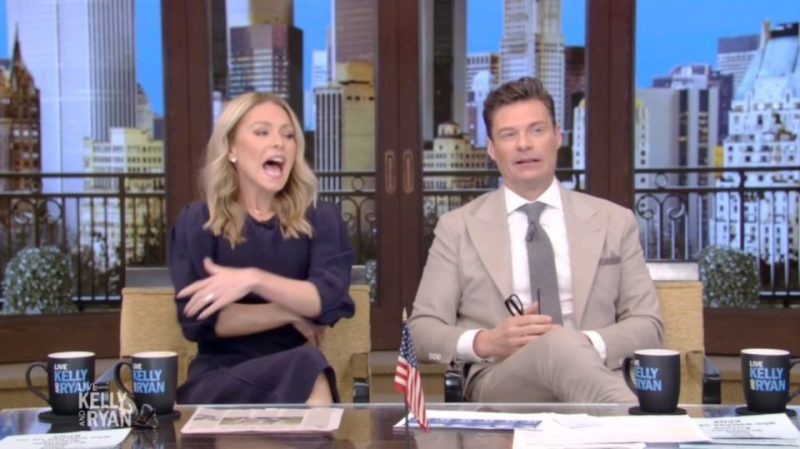 KELLY Ripa has warned producers that she wants “time off” after being “forced” to work when she was sick.

The Live with Kelly and Ryan star, 52, left viewers concerned earlier this month when she co-hosted the show despite being ill and barely able to talk.

Kelly has now returned to the morning show after taking several days off while feeling ill.

While the presenter insisted she was feeling better, she did talk about taking a “sabbatical” during Tuesday’s episode.

She joked: “At that point I’m hoping to be retired. If I’m still doing, you all have an obligation, ok?”

Kelly went on: “You have to be a good friend.”

Ryan then asked his co-host: “How will you make this decision to be a supermodel or a backup dancer for Madonna’s show?”

Kelly replied: “Do I go on the road with Madonna? Either way, I’m going to need a sabbatical.”

Ryan added: “Either way, time off required and time off soon please.”

Earlier this month, Kelly sparked concern when she appeared on the show despite barely being able to speak.

She was honest about feeling unwell and having to have a throat lozenge in her mouth for most of one episode and could barely talk during an episode the next day.

On Monday, Kelly returned to the show and said she’s feeling much better even though her voice is still a bit hoarse.

She said: “Here’s the thing. Last week, the better I felt, the worse I sounded.

“So, [producer Michael] Gelman was like, ‘You have to leave, you’re a talk show host and you have no voice, there’s no point in you being here.’”

The TV personality said it felt like getting a snow day without the snow because she felt “fine,” but just “didn’t have a voice”.

PrevPreviousWho is Aaron Taylor-Johnson and what is his net worth?
NextWho is Peter Jones’ wife Tara Capp and do they have any children?Next