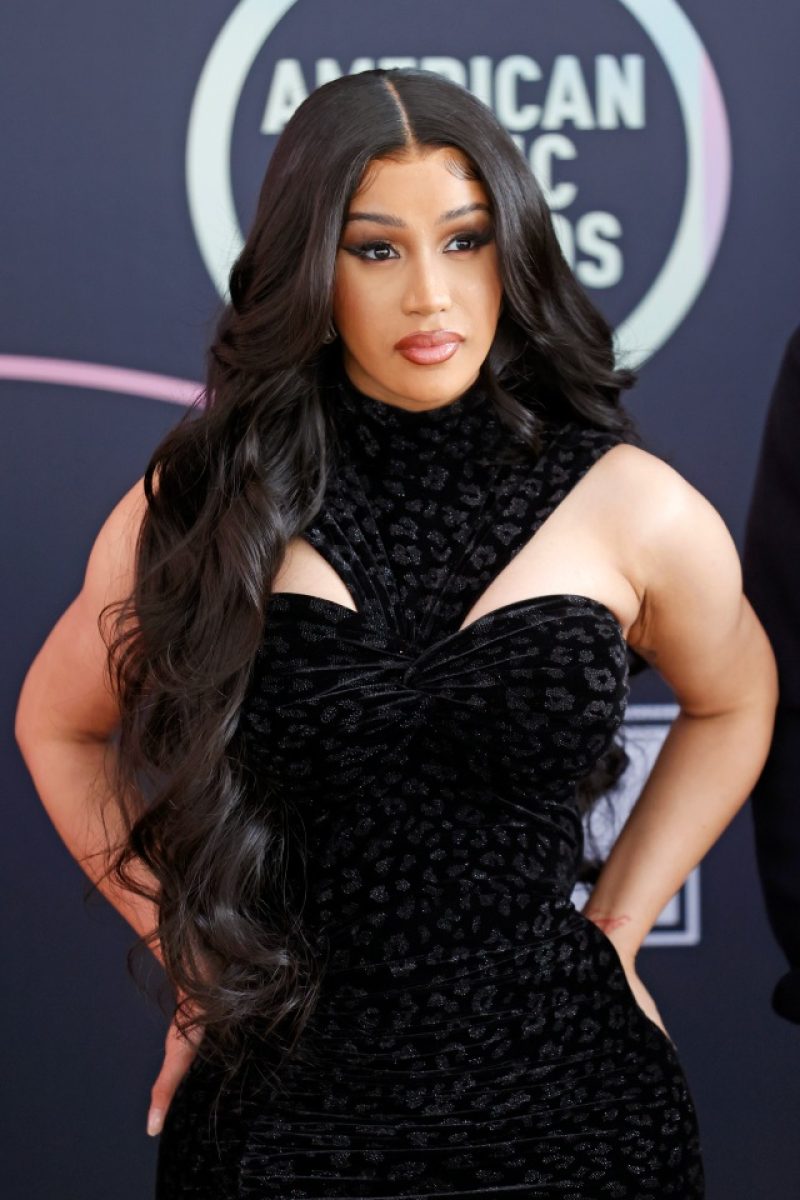 KARDASHIAN critics have been predicting that Kim Kardashian and her famous family will “blackball” Cardi B upon her leaking certain secrets about the beauty mogul.

During the Grammy-winner’s appearance on Jason Lee’s podcast Hollywood Unlocked she revealed that she had gotten plastic surgery on her nose.

Not only did the mother-of-two admit that she had a nose job, but she also confirmed that the Skims founder referred her to surgeons who could fix it.

Cardi explained to Jason that in 2020 she decided to get corrective surgery on her nose.

At an earlier time the rapper had gotten fillers in her nose, however, the filler elongated the tip of her nose too much.

Being that having plastic surgery on your nose is a major procedure, Jason asked Cardi a critical question.

“OK, so how do you decide who you’re going to go to and trust to touch your face and your body?,” he inquired.

Jason furthered: “Cause I remember the time we were at Kris’ [Jenner] house and Kim gave you a list of people you could call and get help.”

“You didn’t call none of those people, you just did it at home?”

Cardi admitted: “No, I called a couple of people that she gave me.”

Though many fans commended Cardi for being transparent, many believed that her honesty would garner backlash from the famous family.

Fans have flooded a Reddit forum with their views on how Cardi’s opinion could play out with the KKW Beauty creator.

One fan expressed: “Kim gonna go after cardi. The public (us) are going to “commend” Cardi for being open about obvious surgery. Honesty policy. The Kardashians will try ride the honesty train and admit to having an eyebrow tint maybe. Bravery.”

Another fan joked, “Kris is speed dialing everyone she knows. Here’s what to look for: TMZ to over saturate the Kardashians by making them look good somehow. Throwing Cardi under the bus. Having lawyers contact Cardi with some kind of legal threat.”

A third fan believed that: “Kim is going to deny deny deny this.”

A fourth asserted: “They’re going to try to blackball her after this.”

Other fans assumed that the Kardashian-Jenner clan would just find a way to “spin” the situation.

“Didn’t Kim give a couple interviews a while ago about keeping a running list on all the best doctors to recommend to other people?? I feel like they’re gonna spin it that way,” one fan admitted.

Another added: “Hasn’t Kim said in interviews that’s she’s great at telling people what kind of plastic surgery they need? Like advising? She’ll probably spin it into that.”

The Hulu star and WAP rapper were once close, though their friendship has somewhat dissolved since 2018.