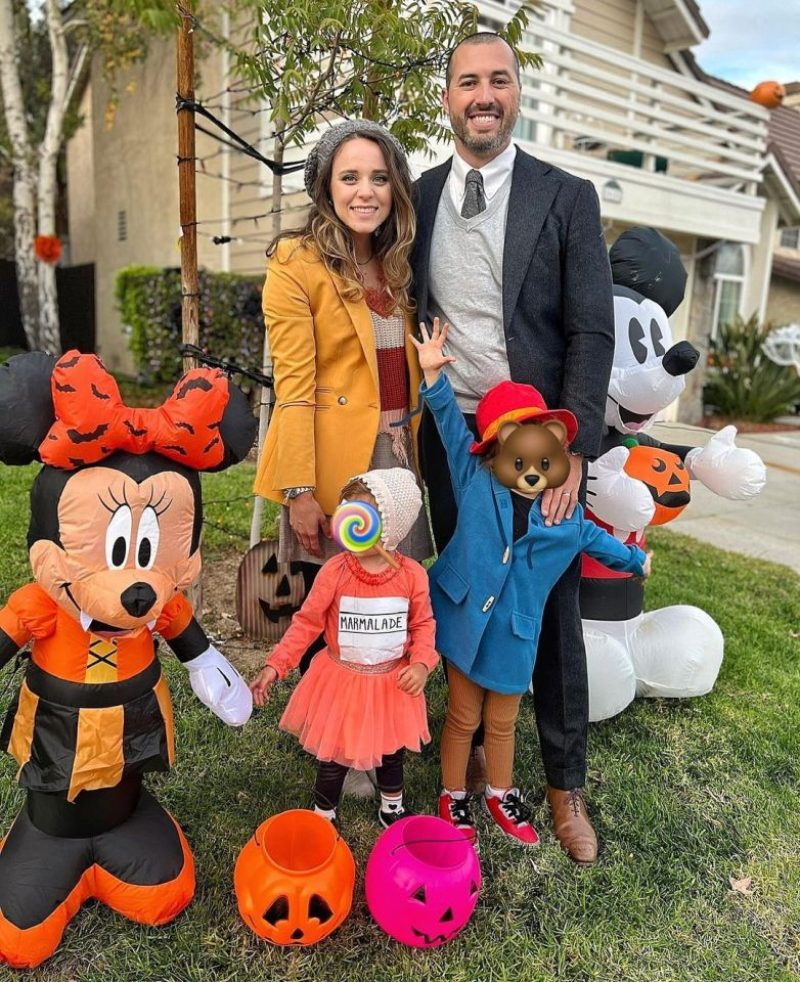 JINGER Duggar has explained why she keeps her two young daughters hidden from the spotlight.

The Counting On alum shares Felicity, four, and Evangeline, two, with her husband Jeremy Vuolo, but has never shown their faces.

Since leaving reality TV in 2020, Jinger has been keeping her fans updated on her life via social media.

But as her 1.4 million Instagram followers have noticed, the mom-of-two, 29, is careful to disguise her daughters’ faces in the family photos she posts.

Jinger will often simply film or photograph the girls from behind, or cover their faces with emojis.

In a new interview with People ahead of the release of her memoir, Becoming Free Indeed, Jinger explained her and Jeremy’s parenting move.

“One thing we have decided to do is keep our girls out of the public eye,” she began.

Jinger said that if Felicity or Evangeline want to embrace fame one day, “that’s their choice”.

“I just want to give my kids the best life possible, so that will probably look different from what my upbringing did,” she added, referring to her early introduction to fame on 19 Kids and Counting.

Jinger also spoke about raising her daughters in California, where she and Jeremy, 35, have lived for the past three years.

“Being in a place where our girls will be able to see so many different backgrounds and perspectives on life, it’s really sweet to be here in LA,” she said.

The author added that being in a big city would mean her daughters won’t “be sheltered from other perspectives of life”.

“That’s not what the word of God tells us to do,” explained Jinger.

Ahead of the release of her tell-all memoir on January 31, Jinger also got candid about her unorthodox upbringing under Jim Bob and Michelle Duggar.

Speaking to People, she claimed her family’s rules were “cult-like” and that she “grew up terrified of the outside world.”

“The teaching I grew up under was harmful, it was damaging, and there are lasting effects. I want to share my story,” she told the outlet.

For the accompanying photoshoot, Jinger defied her dad’s strict dress code by wearing tiny denim shorts as she wandered the beach in California, where she and Jeremy recently purchased an $830,000 home.

‘I HAVE DEFINITELY HAVE CHANGED’

The sixth of Jim Bob and Michelle’s 19 children has forged her own path in recent years, and although she is still a committed Christian, Jinger says her attitudes toward issues such as alcohol and birth control have changed.

“I personally don’t drink, but I don’t have a problem with other Christians, it’s their liberty to drink if they so choose,” she said.

“And birth control, that’s something that I always thought was totally wrong and I just no longer see it as that.

“Yeah, I definitely have changed.”

Jinger’s book, Becoming Free Indeed, will be released on January 31.