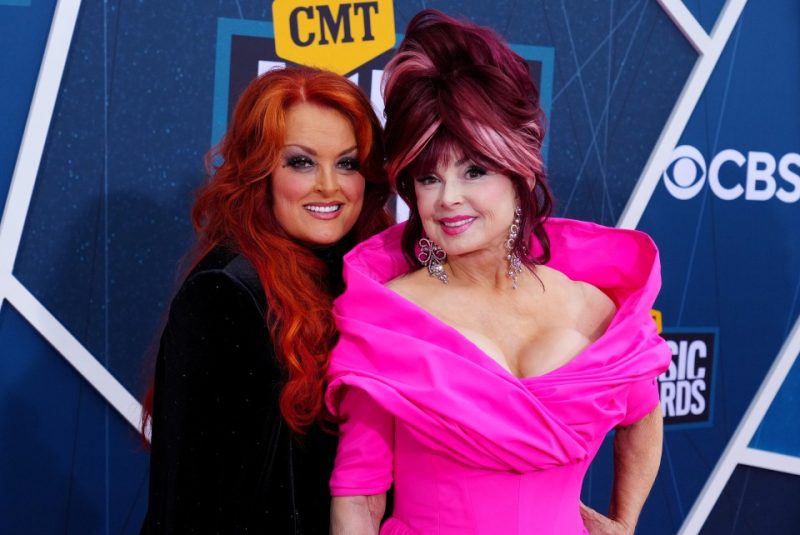 NAOMI Judd died in a blood-soaked bed and left a harrowing suicide note where she called her daughter “mentally ill,” chilling photos of the scene have revealed.

The Southern chanteuse apparently banned her daughter and singing partner Wynonna from her funeral before she turned a gun on herself on April 30 last year.

“Do not let Wy come to my funeral. She’s mentally ill,” Naomi appeared to write on a Post-It pad, according to photos obtained by Radar Online.

A severe line was drawn under the word “not.”

A photo of Naomi’s bed, which was taken by the Williamson County Sheriff’s Office, shows dark stains where blood apparently pooled just one day before she was set to be inducted into the Country Music Hall of Fame.

The Why Not Me singer died in her Nashville, Tennessee, home after battling a life-long struggle with mental illness.

Her daughter and actress Ashley, 54, discovered her mother in a horrific moment that gave her “grief and trauma.”

Her two girls accepted an award the day after the tragedy on her behalf, where they made heartwrenching comments.

“I didn’t prepare anything tonight because I knew mom would probably talk the most,” Wynonna told the audience at the Nashville ceremony.

“I’m gonna make this fast, because my heart’s broken, and I feel so blessed. It’s a very strange dynamic, to be this broken and this blessed.”

“I’m sorry that she couldn’t hang on until today,” a crying Ashley added.

Rumors swirled about Naomi’s relationship with daughters Ashley and Wynonna when it was revealed that she left her believe $25million estate to her husband, according to Radar Online.

She made no mention of her children in the testament.

However, Wynonna attempted to end online chatter that the will indicated any familial struggles, and said “there is no argument” between the sisters.

“Someone told me while I was at Ashley’s house, ‘Hey, did you know that they’re saying this about you?’” she told People in October.

She went on to say the situation had even brought the sisters closer, as they are now both without parents.

The grieving daughter said the girls will split the estate after Naomi’s husband Larry Strickland passes, and they have no plans to contest their mother’s final testament.

Naomi and Wynonna scored 14 No. 1 songs in a nearly three-decade career under the name The Judds.

After rising to the top of country music, they called it quits in 1991 after Naomi was diagnosed with hepatitis.