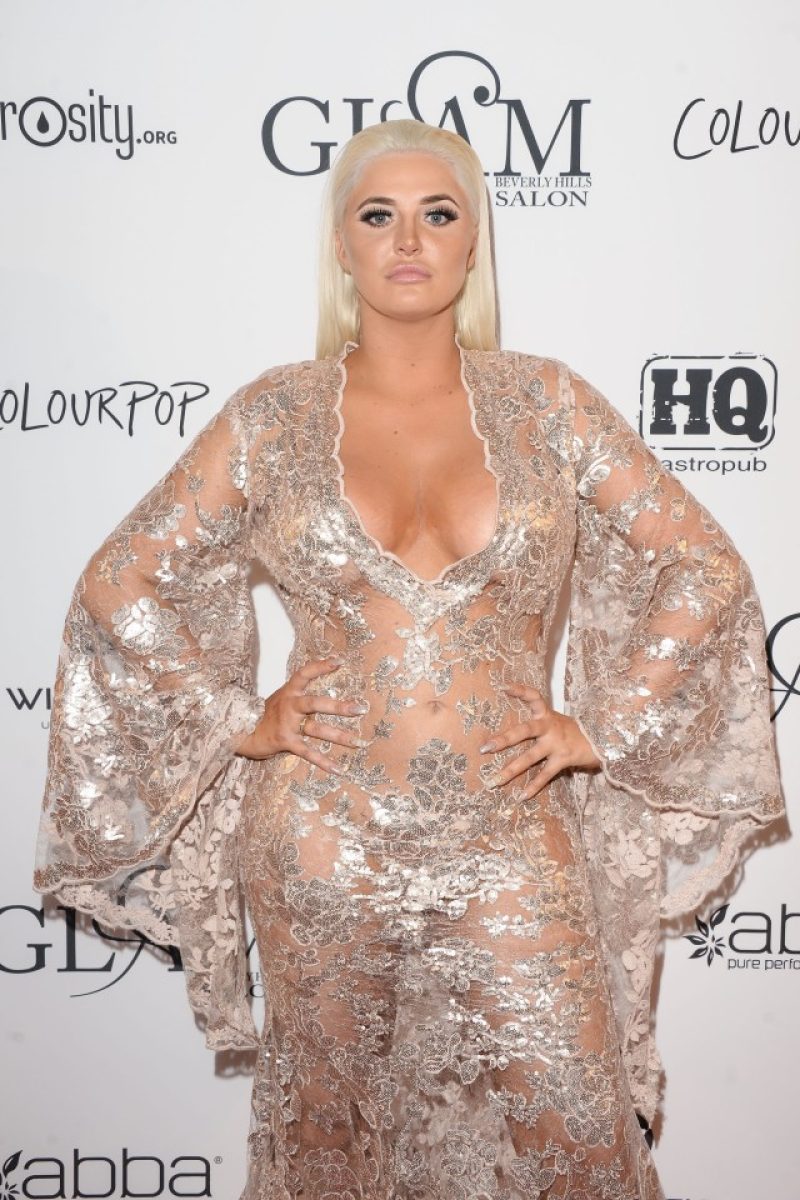 A FORMER Playboy Bunny has told of her turmoil after discovering she was pregnant with Hugh Hefner’s child at 19.

Karissa Shannon explosively claimed she was “disgusted” when she found out that she was “carrying the devil’s child”.

GettyTwins Kristina, left, and Karissa, right, moved into the Playboy Mansion as they turned 19[/caption]

The now 33-year-old explained she was desperate to have an abortion after unexpectedly learning she was pregnant.

She had moved into the Playboy Mansion with her twin sister Kristina in 2008 after being lured in by the late lothario.

The following year, the former The Girls Next Door star reportedly found out she was expecting after undergoing a blood test ahead of a planned breast enlargement – paid for by Hefner.

But Karissa says she was left terrified that the magazine mogul, then 83, would find out he had impregnated her.

The Florida-born model also feared what the world would think about the six-decade age difference between them.

She told the Mirror: “I wasn’t having sex with anyone else so it only could have been his baby.

“I just wanted to get rid of it as soon as possible. I didn’t want Hef to find out and he never did.

“I was disgusted with my body and felt like there was an alien inside my stomach.

“It was like the devil was inside of me. I didn’t want anyone to know I was carrying an 83-year-old man’s child.”

She then hatched a plan with her twin sister to keep the news quiet from Hefner while terminating the pregnancy.

Kristina added: “I found a clinic in LA.

“I got Hef’s security to drop us at the mall, pretending we were going shopping, then called my friend to pick us up.

“We were able to keep it secret.”

The siblings, who rose to fame as Playboy centerfolds, claim they were plied with booze and pushed into unprotected group sex on their 19th birthday.

They accused Hefner of grooming them as they said goodbye to their teenage years, forcing the pair to refer to him as “Papa.”

The “naive” twins recalled the moment they first met the multi-millionaire businessman in his trademark red robe.

Karissa said they were bowled over by his charm as well as his power – describing him as a “king in a castle” in his notorious LA mansion.

She continued: “He said, ‘Hey, will you come sit next to me?’ We could see other Playmates getting jealous.”

The ex-bunny claims they were whisked off to a club by Hefner to celebrate turning 19 and coaxed with alcohol – despite the US age limit being 21.

She alleged that Kendra Wilkinson then invited them to smoke marijuana in his bedroom – before she “ghosted.”

The twins claim Hefner then took the opportunity to offer them silk pyjamas from Italy as he encouraged them to “slip into something more comfortable.”

After reportedly taking a quaalude, the pair had sex with Hefner for the first time.

Karissa added: “He kept saying, ‘My babies, my babies,’ and cradling us as we lay either side of him.

“It was almost 5am when we got back to our room that first night and we agreed, ‘He is the devil. He has a black soul. He is going to hell’.”

The twins accused Hefner of “acting like he owned them”, claiming they would be dragged to their room by six burly guards if they broke the Playboy magnate’s rules.

They compared the seedy mansion to a “golden prison” where he enticed “vulnerable young girls” after “offering them the world.”

The sisters say their experiences with Hefner left them needing therapy after suffering from PTSD and depression.

The blondes admitted they were relieved when they heard of the magazine publisher’s 2017 death at 91 years of age.

Kristina said: “When Hef died, part of us did feel sad, but another part was like, ‘OK good, no more girls are going to be groomed and ruined like we were’.

“I thought Playboy was one big family – now I can see it was a cult.”

A string of former Playboy Bunnies have spoken out about the “dark secrets” Hefner hid at his mansion in wake of his death.

PrevPreviousWho is Carole Baskin and what is her net worth?
NextKardashian fans slam ‘desperate’ mom Kim after she threw daughter North, 9, under the bus in ‘cringe’ new TikTokNext