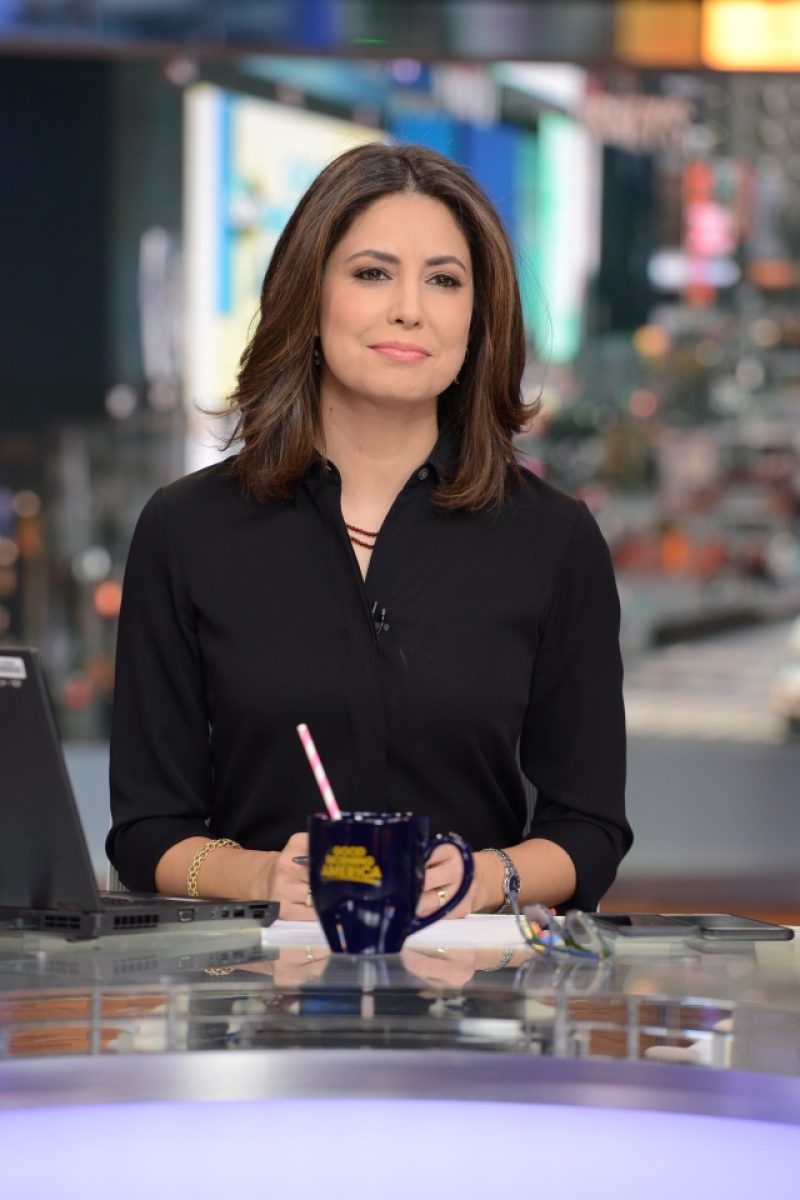 She is leaving ABC and heading to CBS, particularly 60 Minutes, to be a correspondent.

GettyCecilia Vega is out a GMA, after obtaining another job at a rival network[/caption]

ABCShe typically fills in for Robin, Michael, and George when they are out[/caption]

Deadline first reported the news on Thursday that Cecilia will be starting on the evening show in the spring.

She will be heading from New York to Washington DC, but that’s not a big change for her as she has been ABC News’ chief White House correspondent since 2021.

However, the host will be the only reporter for 60 Minutes based in the capital.

In a statement to Deadline, the 46-year-old said: “This is a dream come true. I am beyond honored to join the ranks of this legendary show and to work alongside the best reporters in journalism.”

Bill Owens, executive producer of 60 Minutes, told the outlet that Cecilia is a “sensational storyteller. I have admired her work for a long, long time and couldn’t be more excited to welcome her to 60 Minutes. Her new colleagues couldn’t agree more.”

Aside from GMA, Cecilia has also anchored the Saturday edition of World News Tonight.

Cecilia typically fills in for Robin Roberts, Michael Strahan, or George Stephanopoulos, when they are absent from the morning show.

GMA is losing another host as Amy and TJ are still suspended from the show.

Earlier this week, one network source exclusively told The U.S. Sun that Amy and TJ are unofficially out at GMA3, and seven weeks after being taken off the air, their newly-appointed legal teams are hammering out a plan with ABC’s attorneys and top executives to make a big announcement.

“They are definitely dotting their I’s and crossing their T’s for Amy and TJ’s exit strategy.”

While the network insider doesn’t know the specifics about what the coupled-up co-hosts future may or may not be at the network, “it’s clear they are not coming back to GMA3.”

An insider close to Amy and TJ added that while nothing has been made official yet: “They are unlikely to return to the network at all.”

The network insider added: “ABC is going to pay a lot of money to make everyone happy and go away very, very quietly.

“There will be iron-clad NDAs signed and everything in their exit contracts will make sure there are no nuclear explosions in the aftermath.

“This whole situation was handled very poorly, and ABC’s legal team has their work cut out for them to make sure everything is just right.

“[Disney’s CEO] Bob Iger will absolutely have eyes on the final packages.”

Meanwhile, a source with knowledge of the negotiations added that Amy and TJ’s attorneys are currently in close contact with the network’s legal team.

“They are all working through strategies to make the hosts comfortable enough so that the network can move on from this as quietly as possible.”

As The U.S. Sun previously revealed, Amy and TJ believe they are getting sacked at the network.

Although only a fill-in host, Cecilia has had some memorable times on GMA.

She became part of the family and was let in on the jokes and banter.

Back in October, she was shut down by Michael on live TV.

He left her speechless after asking a tough question about sports.

Michael, Cecilia, and George sat behind the desk.

They led a segment on NFL quarterback Tom Brady setting another record – and Cecilia shared her thoughts.

“You know, I’m always saying. Brady broke this record in one year, and that’s surprising because usually these sack records, they hold for a really long time, so I just always feel like I’m telling you this. I wish it would sink in,” she said to Michael.

Michael, a former football star, was quick to reply, however.

“You’re always schooling me on sports,” he hit back.

“I know. I know,” Cecilia replied.

Michael continued: “Out of curiosity, how do you get a half of sack?”

The GMA host put down his papers, folded his hands, and stared at his co-host.

“Thank you,” he replied, turning to the camera with a smile on his face.

George laughed and said: “I was going to answer that.”

“For those of you who don’t know, a half sack is when two people hit the quarterback at the same time. You split the sacks,” he said.

Cecilia joked: “I told you!”

ABCRobin Roberts, George Stephanopoulos, and Michael Strahan have all been replaced by Cecilia on the morning show[/caption]

PrevPreviousTeen Mom Amber Portwood ready to quit MTV show after 14 years as she copes with losing custody of son James, 4
NextAmerican Pickers’ Danielle Colby goes nearly nude in bra and thong in new video, fans ask ‘why isn’t this on the show?’Next