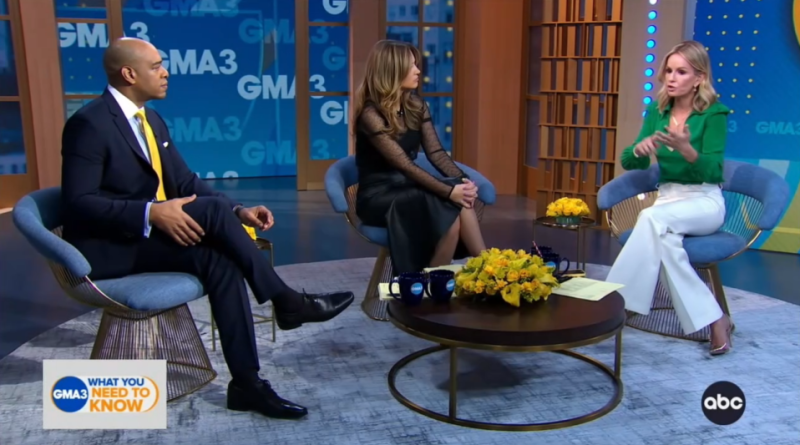 DR Jennifer Ashton’s fans have gone wild over her “hot” appearance on GMA3 on Wednesday.

Jennifer finished off her stylish look with a chunky gold chain necklace and metallic heels.

The doctor appeared on the show to chat to fill-in hosts DeMarco Morgan and Rhiannon Ally during the episode.

GMA3’s official Instagram account shared a video of their exchange, where fans praised Jennifer’s look in the comments.

One wrote, “Dr Ashton is looking HOT,” and another added, “Jen looked amazing as per!”

Jennifer returned to the States earlier this month after enjoying a tropical vacation in Hawaii with her family.

The presenter showed off her incredible figure in several bikini snaps during the trip.

She posted a video of herself celebrating New Year’s Eve by running into the ocean while wearing a tiny green bikini.

Jennifer’s bikini was so skimpy that many fans thought she was topless and shared their confusion in the comments.

She headed on holiday with her husband Tom Werner and her two children Alex and Chloe.

The presenter revealed in mid-December that she was taking a break from GMA to go on vacation.

She described the “hate/anger/nastiness and vitriol” as “too much”.

Jennifer was replaced on GMA during her vacation by Dr. Darien Sutton.

There have been several shake-ups on the morning show’s panel since Amy Robach and her co-host TJ Holmes‘s alleged affair was exposed in November.

Both Amy and TJ were removed from GMA3 and will reportedly remain off-air until an internal review of their “affair” has been completed.